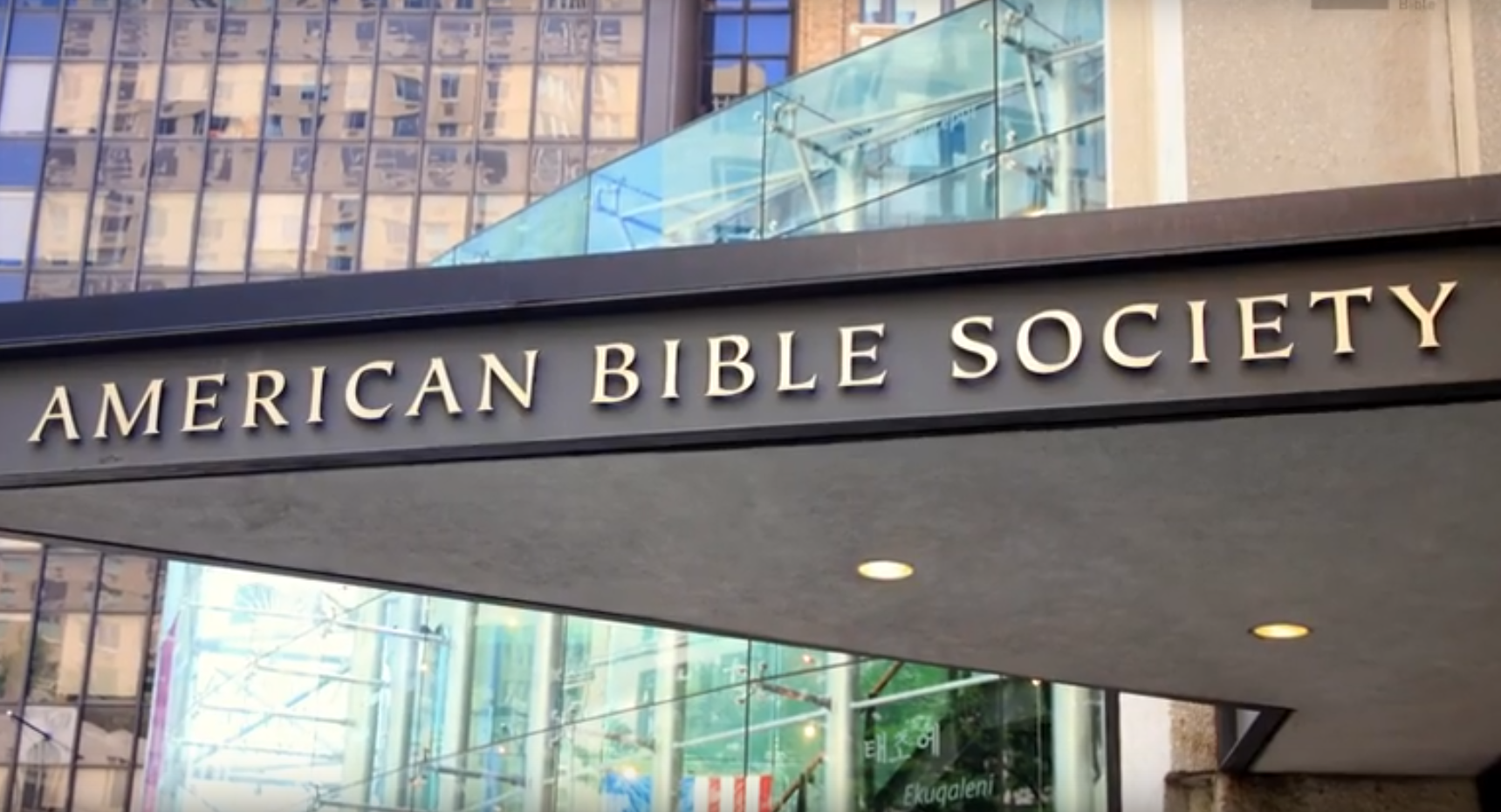 
Back From The Brink

Is it possible for an organization that has departed from its biblical roots to return to its founding principles? The answer to that question is: yes, it’s possible, but it is rare. History is full of organizations founded by faithful Christians which, over time, drifted away from their Christian roots. The list of organizations that later restored those Christian roots is short indeed. But that list may be getting a new addition: The American Bible Society (ABS). As I wrote for WORLD in 2013, The American Bible Society is “one of American Christianity’s grand old institutions.” Founded in 1816, it has helped finance hundreds of Bible translations and has a 45,000-volume collection of Bibles, the largest outside the Vatican. Because of its good work, faithful men and women had given ABS enormous sums of money—so much that the organization had assets totaling $693 million in 2007. But by the early 2000s, this “grand old institution” had begun to show signs of mission drift and decay. From 2002 through 2011 ABS overspent its budget by $250 million. From 2003 to 2013, a single decade, ABS had four presidents. It received negative publicity for spending $5 million with a fundraising outfit, Exciting New Technologies (ENT), whose founder had specialized in working with internet pornography and online gambling companies. But by 2013, ABS was beginning to show signs of recovery. Some of the changes it made were in management and government. The ABS board had 72 members a decade ago. By 2013 the number of board members was 19, a much more manageable number. The organization has taken other positive steps. It sold its iconic headquarters building in New York City and moved to Philadelphia. The move rankled some New Yorkers, including Tim Keller and Eric Metaxas, who valued the Bible Society’s presence in the city, but it has proven to be a positive one for the ABS, allowing it to make investments in new programs, including the development of a new program that highlights the role the Bible has played in America’s founding. Also, since 2013, ABS has had consistent leadership under Roy Peterson. Peterson is a man with solid evangelical bona fides. He spent a decade as the president and CEO of The Seed Company, a Bible translation ministry based in Arlington, Texas. Before joining The Seed Company, Peterson served in a variety of leadership roles, including president and CEO, of Wycliffe USA. He also spent time in Ecuador and Guatemala with Wycliffe’s sister organization, SIL International, in field leadership and government relations. But perhaps the most significant recent development has been the adoption of a new statement of faith by the organization and its employees. According to Religion News Service, the American Bible Society “will soon require all employees to adhere to orthodox Christian beliefs and heed a conservative code of sexual ethics.” Such statements of faith, including codes of conduct for employees, are common for Christian organizations. You can read the ABS “Affirmation of Biblical Community” here. It contains the basics of the Christian faith, basics an organization with a Christian mission has a reasonable expectation its employees would and should affirm. Among them: words from the Nicene Creed affirming the Trinity and the Resurrection. Mainstream media outlets are, however, singling out one part of this statement: I will seek to refrain from sexual activity outside of the marriage covenant prescribed and exemplified in the Bible “a man will leave his father and mother and unite with his wife, and the two will become one," symbolizing the relationship between Christ and His Church (Matthew 19:5; Ephesians 5:31) In a statement, Roy Peterson wrote: “We did this because we believe a staff made up of people with a deep and personal connection to the Bible will bring unity and clarity as we continue our third century of ministry.” For an organization that has been lax about affirming biblical standards, this reaffirmation is a bold move, and it is no surprise that some employees, employees hired during the organization’s previous era of mission drift, might find the new standards restrictive. According to the Religion News Service story, the “Affirmation of Biblical Community” was presented to the organization’s 200 or so employees in December of 2017, and these employees were told that by January 2019 they would be expected to affirm the statement.  Some employees, including at least one gay man, have resigned rather than sign the document. But it appears that the vast majority of ABS employees will sign the document, and such a document ensures that new hires will understand the mission of the organization, as well as what is expected of them to help fulfill that mission. Back in 2013, when I first wrote about the American Bible Society, Senior Vice President Geof Morin told me ABS would have to “earn back the trust” of evangelicals who had become concerned about some of the recent decisions of the venerable old Bible society. Recent moves demonstrate the American Bible Society is doing just that.   Image: YouTube