Biden Administration’s Proclamations on Transgenderism Threaten Religious Freedom - BreakPoint
Join us in helping to equip and renew the Church with a Christian worldview by giving before our fiscal-year ends!
Skip to content 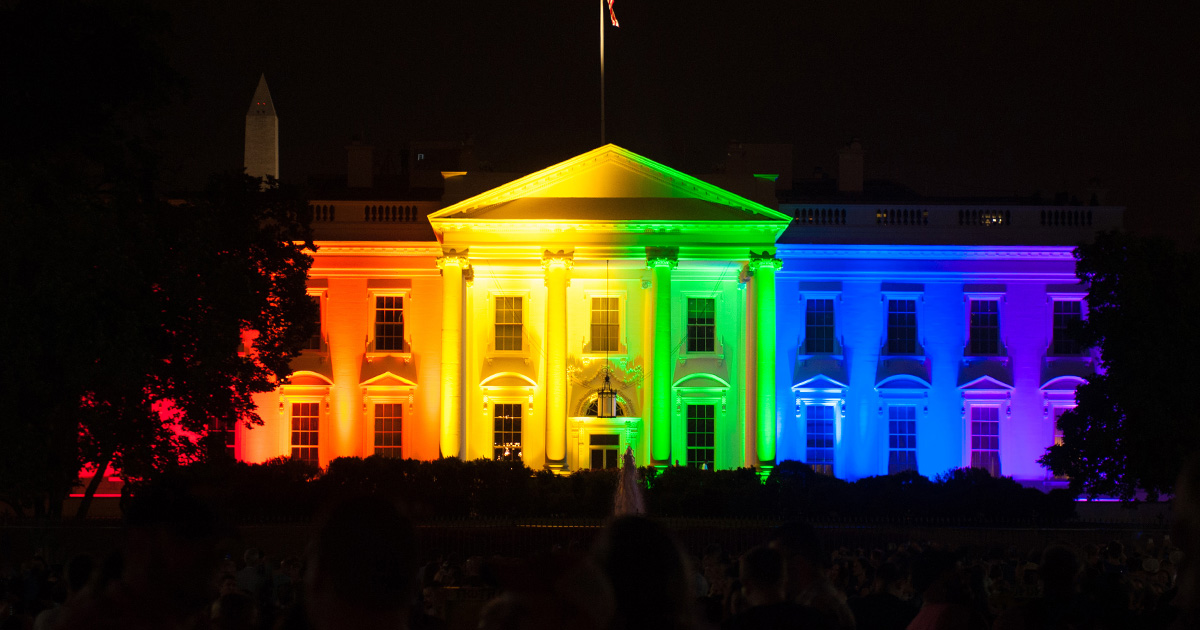 These recent proclamations from the Biden administration assume a flawed understanding of religious conviction, while also establishing a new baseline for political enforcement of the sexual revolution.

A little over a week ago, the White House issued a series of documents for the “International Transgender Day of Visibility.” Even more than revealing a new progressive “baseline” when it comes to politics and gender, these documents foreshadow new and real threats to religious freedom.

For example, a statement from the Office of Population Affairs claimed that so-called gender-affirming treatment “improves the mental health and overall well-being of gender-diverse children and adolescents.” In this case, however, gender “affirming” means to encourage grade-school children to question their gender and, once they do, provide them with puberty blockers and hormone therapy to help them reject their bodies. In some cases, the document says, adolescents should even have access to so-called “gender-affirming surgery,” a procedure which removes or destroys perfectly healthy body parts and is irreversible.

In recent months, states such as Texas and Florida have taken legislative steps to prevent children from being subjected to such mental and physical harm. However, the National Child Traumatic Stress Network (NCTSN), an entity of the Department of Health and Human Services, issued a release proclaiming that “gender-affirming care” is neither “child maltreatment nor malpractice.” Around the same time, the Department of Justice sent a letter to all state attorneys general, saying that opposing HHS guidance is discrimination, is essentially an attack against “lesbian, gay, bisexual, transgender, queer, intersex, nonbinary, or otherwise gender-nonconforming” people, and that such actions “may be unconstitutional.” The Department of Justice!

To top it all off, President Joe Biden issued a video in which he spoke specifically to parents, insisting that “affirming [their] child’s identity is one of the most powerful things [they] can do to keep them safe and healthy.” In it, he not only jumped way past the line of state authority into parental authority, but he appealed to biblical language, misguidedly conflating the image of God with the confusion of gender dysphoria.

It’s not just that the government’s claims fail to match reality, or that their talking points are crafted from data with flawed research methodology, or even that their appeals to “settled science” are clearly premature. Transgender ideology falsely promises hope and instead brings harm to people who bear God’s image. When government forces and federal departments are co-opted to advance this ideology, religious freedom is placed in a precarious and fragile position.

Years ago, during the Obama administration, Chuck Colson began to notice how then-Secretary of State Hillary Clinton and other officials began to use the language of “freedom to worship” instead of “freedom of religion.” As he said at the time, freedom to worship is a narrowing of religious freedom, away from public expression toward only private conviction. It is a major loss if religious freedom no longer includes the right to order one’s life around deeply held religious beliefs, but only protects the right to believe in one’s own heart, head, home, and house of worship.

These recent proclamations from the Biden administration assume that flawed understanding of religious conviction, while also establishing a new baseline for political enforcement of the sexual revolution. The statements and letters issued frame all opposition to the state’s view of sexual orientation and gender identity as intent, not only to discriminate, but to harm.

Christians in this cultural moment cannot abandon truths about the human person, sexuality, and religious freedom whenever a new administration roars. With clarity and courage, we must teach our kids, build our institutions, and take all necessary stands based on what is true about men and women, sex, marriage, and freedom.

Connecting what is eternally true to the challenges of the cultural moment is what the Colson Fellows program is all about. In May, over 700 leaders—of churches, homes, institutions, businesses, and communities—will be commissioned, having studied worldview and theology, having wrestled with the challenges of the cultural moment, and having planned how to implement what they’ve learned as Christians of influence. There are cohorts in over 60 cities and 28 churches across America, as well as online cohorts for others. Visit www.colsonfellows.org to learn more and to apply for the next class of Colson Fellows.