Abortion Survivors Speak Out - Breakpoint
Help make a bigger worldview possible for Christians around the globe with a year-end gift!
Skip to content 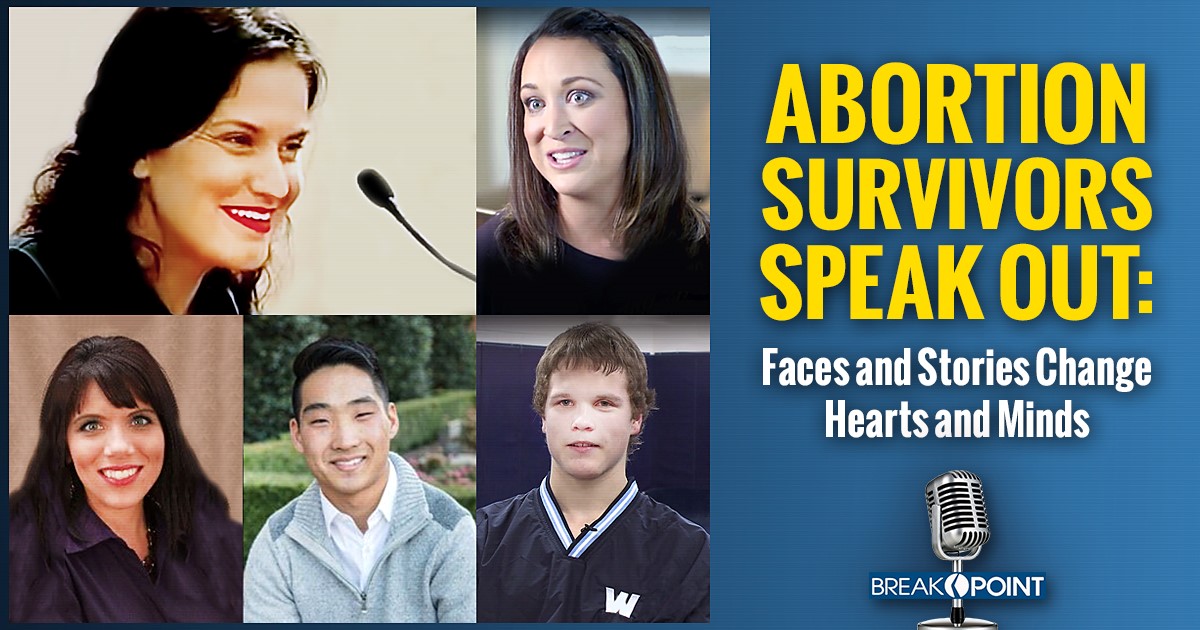 A chilling quote is often attributed to Soviet dictator Joseph Stalin: “One death is a tragedy. One million deaths are a statistic.” Stalin is alleged to have said this in the days leading up to one of the largest man-made disasters and mass-murders in history: the 1932 Ukrainian famine.

It may be that the quote actually dates back even earlier, to a 1916 anarchist periodical. Either way, the line captures the awful reason that mass-murders like Stalin’s are so often overlooked or ignored while they’re happening. As the anarchist periodical explained, we tend to find the starvation of one child more shocking than the starvation of a million children because our minds are simply “unable to grasp” death on such a scale. “Suffering,” said the publication, “is so intimately personal a thing that it must be explained through the personal equation, if at all.”

Anyone who wants to truly communicate the horror of killing needs to do more than cite statistics. They have to tell stories. This holds true for any atrocity, including one that has claimed more lives than even the highest estimates of Stalin’s regime.

Princeton professor Robert George recently shared a collection of five abortion survivors’ stories on Facebook. The stories were compiled by the pro-life website Human Defense and include detailed videos of each man or woman giving their gut-wrenching, first-hand testimonies of an ongoing, legal mass-killing—and how they escaped it.

Some of these are names you may have heard before, like Gianna Jessen who survived a saline abortion at seven months gestation. As a result, she was born with cerebral palsy. Gianna has overcome her disability to become a powerful speaker, a household pro-life name, and one of the world’s most effective advocates for the unborn.

Other survivors on the list you may not have heard of. Melissa Ohden survived a second-trimester abortion attempt because she was actually older than doctors thought. Ohden was subsequently adopted, and only found out about the abortion as a teenager. She responded by tracking down her birth parents and forgiving them. Since then, she’s linked up with over 200 others with similar stories through her organization, Abortion Survivors Network.

Then there’s Nik Hoot. A botched abortion that destroyed parts of both of his legs and several fingers. Nik was adopted by an Indiana family and soon learned, faster than anyone expected, how to get around on prosthetic legs. In 2013, he made it to his state high school wrestling championship and finished the season with 24 wins. He’s also played baseball, basketball, and football, and says he considers his life a miracle.

But it’s more than a miracle. His life, and the life of every abortion survivor is a profoundly powerful testimony to the humanity of the millions whose lives end when abortion succeeds. The scars and disabilities many survivors bear are a silent witness to the grisly reality of what our society calls “choice.”

Among the miracles of these stories are how many abortion survivors make a very different choice. In story after story, the children of abortion say they’ve forgiven their birth parents—often even in person. Can you even imagine that? Well, with God, even this is possible. Many survivors of abortion are outspoken about their Christian faith and they’ll share it with anyone who will listen.

Come to BreakPoint.org, and I will link you to these stories of survival. I hope you’ll read all of them and watch their videos.  These incredible men and women have a razor-sharp moral clarity about abortion. After all, for them abortion is not an issue. It can’t be understood merely by the scale of the numbers. Abortion is part of their biography.

I’m convinced that if we are to see this legal atrocity end in our lifetimes, it will largely be because enough people come face-to-face with the real victims who find themselves on the other end of the so-called right to choose.