Brush & Nib v. City of Phoenix - Breakpoint
Help make a bigger worldview possible for Christians around the globe with a year-end gift!
Skip to content 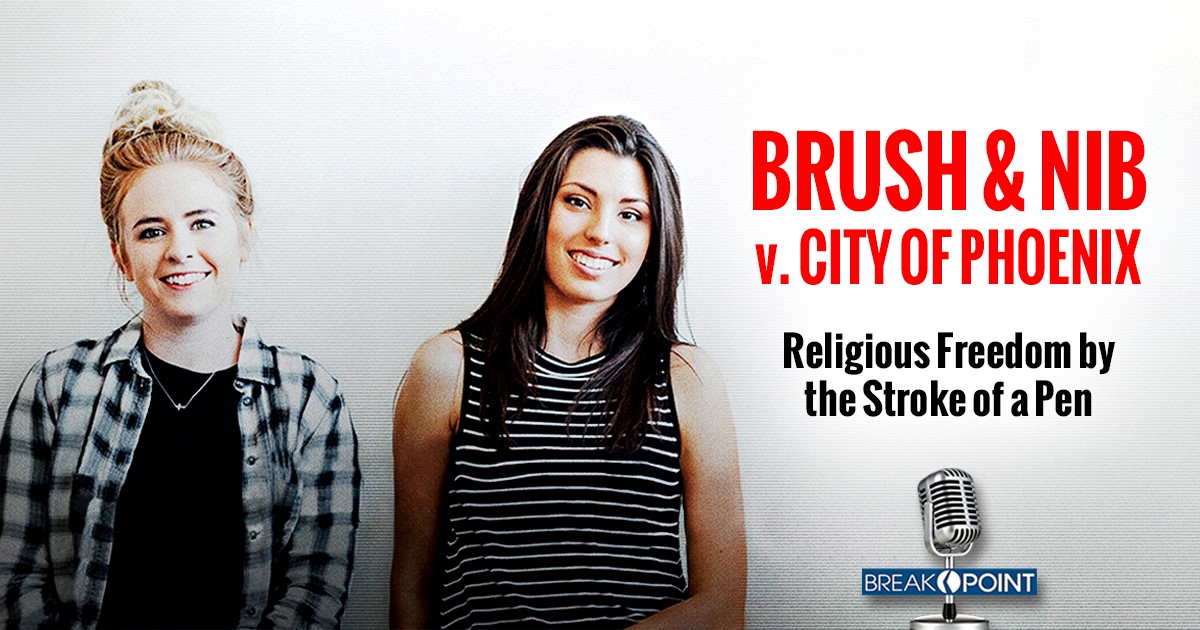 Earlier this week, the Supreme Court of Arizona issued an important decision in Brush & Nib v. City of Phoenix, another case located squarely at the intersection of religious freedom and the new sexual orthodoxy.

The case dates back to 2013, when the city of Phoenix, in the name of public accommodation, enacted an ordinance prohibiting any discrimination against persons based on “sexual orientation,” among other things.

The ordinance also clearly prohibited “directly or indirectly [displaying, circulating, publicizing or mailing] any … communication which states or implies that any facility or service shall be refused … because of a ‘person’s status.’”

In 2016 the Alliance Defending Freedom filed a pre-enforcement challenge on behalf of Brush & Nib Studio, a Christian-owned business that creates custom wedding invitations. What that means is though the studio had not yet been asked to prepare invitations for a same-sex wedding, it was only a matter of time before they would be forced to make the same kind of choice that people like Jack Philips have had to.

On Monday, the Arizona Supreme Court, by a 4-3 vote, sided with Brush & Nib and the ADF. That’s good news. Even better news is that, just like the decision issued by the Eighth Circuit Court of Appeals two weeks ago, the majority opinion by Justice Andrew Gould was loaded with incredibly clear and helpful language about the nature of our religious freedoms.

“The enduring strength of the First Amendment,” Gould wrote, “is that it allows people to speak their minds and express their beliefs without government interference. But here, the City effectively cuts off [Brush & Nibs’] right to express their beliefs about same-sex marriage by telling them what they can and cannot say.”

Rejecting the city’s argument that Brush & Nib’s “custom wedding invitations are fungible products, like a hamburger or a pair of shoes,” Justice Gould acknowledged the “many hours” Brush & Nib owners Joanna Duka and Breanna Koski spend “designing and painting custom paintings, writing words and phrases, and drawing images and calligraphy.”

This strong language, in addition to the strong language issued by the Eighth Circuit in favor of Christian videographers Angel and Carl Larsen in their case against a Minnesota’s SOGI law, means that the courts have clarified the sort of protections that speech should have in our society. You might remember that the Supreme Court was hesitant to issue the same sort of sweeping language in Jack Phillip’s case a few years ago, focusing instead on the Colorado Civil Rights Commission’s outright hostility.

I’m glad the court smacked the commission down for their hostility, but the question of speech protection remains, and that makes this Arizona ruling so important. As ADF’s Kristen Waggoner put it, Justice Gould’s opinion included ADF’s arguments “perfectly.”

Though Gould’s opinion was specifically grounded in Arizona’s constitution, it is still applicable to the federal one. Brush & Nib v. Phoenix can serve as a kind of guide map for how other courts, including the U.S. Supreme Court, can and should think about the protections religious speech deserve.

Like Waggoner, I am “thanking God for his favor and praying we are gaining momentum” for the Supreme Court’s upcoming October term.