BreakPoint: China and Forced Organ Harvesting - Breakpoint
How can we respond to those around us with truth and love? Give today to receive this month's featured resource.
Skip to content 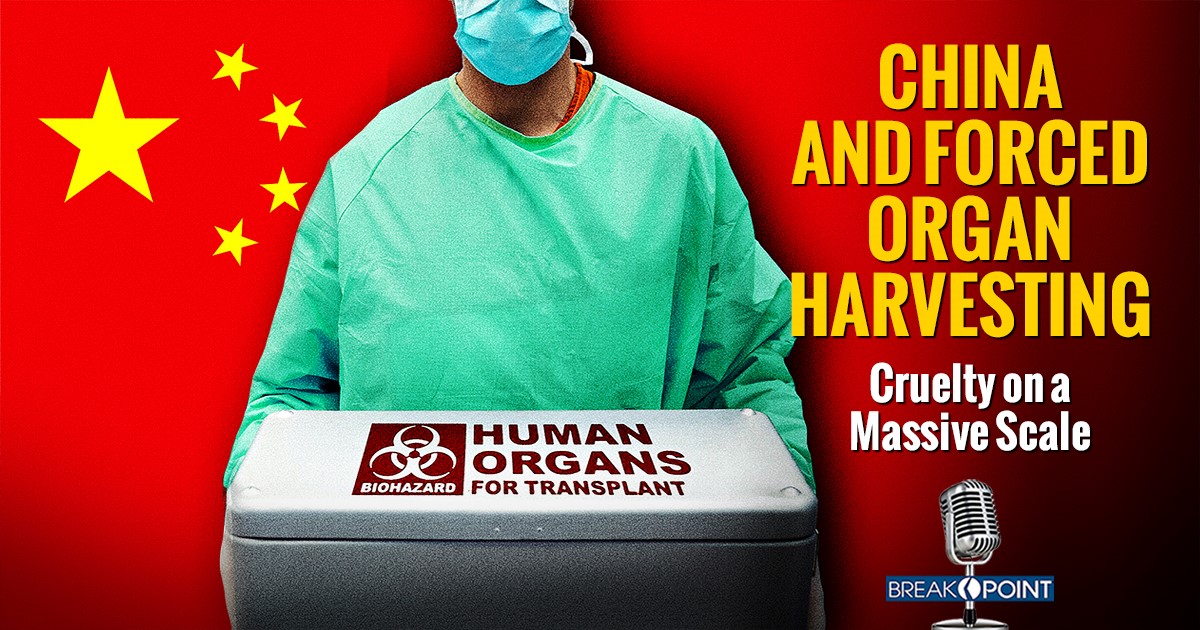 Last week, as the world focused attention on the Hong Kong protests, a report came out that gruesomely underscored why the protesters felt led to protest. The report, issued by a London-based panel of international and medical experts, was entitled “Forced Organ Harvesting of Prisoners of Conscience in China.” The “prisoners of conscience” are practitioners of Falun Gong, a combination of Buddhist-derived meditations, physical exercises, and morals. While this sounds harmless enough to Western ears, the Communist Party views Falun Gong as an existential threat. Twenty years ago, the government began a systematic crackdown on the practice and its practitioners, who numbered then around 70 million. Several hundred thousand practitioners were imprisoned without trial, and within ten years, an estimated 2,000 had died in custody. Around 2006, Western media began reporting that the Chinese government was harvesting the organs of Falun Gong prisoners. Lending credibility to this report was that Confucian culture values keeping the body intact after death. Thus, there was no voluntary organ donation system in China until 2015. And yet, in the decade before this, Chinese hospitals were performing tens of thousands of organ transplants every year, raising the obvious question: Where are these organs coming from? The panel, known as “The China Tribunal,” looked into the question and concluded, “Since 2000, the Chinese government prioritized organ transplantation in its national strategy and continuously incorporated organ transplantation into its Five-Year Plans for multiple ministries.” In the Tribunal’s words, “forced organ harvesting has been committed for years throughout China on a significant scale,” and “Falun Gong practitioners have been one - and probably the main - source of organ supply.” Before being imprisoned, Falun Gong prisoners would be thoroughly examined, with blood tests, x-rays, and ultrasounds to determine the condition of their internal organs. Such tests make no sense for prisoners facing forced labor, brainwashing, torture, and death. But the strategy enabled the People’s Republic to “perform more transplants than any other country in the world in just a few years, all this despite the lack of a voluntary organ donation system.” More recently, evidence suggests that Muslim Uighurs have joined Falun Gong practitioners on the list of involuntary donors. And it’s hard to imagine that Christians will not soon be added to that list, unless something changes. The Chinese Communist Party’s violations of basic human decency are revolting, but they should not be surprising to us given the regime’s history. Among the Party’s most consistent and enduring characteristics has been a flagrant disregard for human suffering. Between 1958 and 1962, an estimated 45 million people died as a result of the “Great Leap Forward,” which was Mao’s attempt to reinvent China’s economy overnight. In addition to the tens of millions that dead from famine and famine-related disease, 2.5 million people were tortured to death or just executed. Four years later Mao, in an attempt to consolidate his power, launched the “Cultural Revolution,” which killed another three million people. Now since current leadership resembles Mao more and more, consolidating power and cracking down on perceived threats, this recent report’s findings should come as almost a thing expected. This is why the resistance of Hong Kong’s people to Beijing’s encroachment on their freedoms, especially religious freedom, should not surprise us at all. They know the history of Communist Party rule. They know what’s going on in the rest of China. They know what Chinese leadership is capable of. And they know that many of them could be next. That’s why they protest, and it’s also why we should support them.   Download the audio MP3 here.