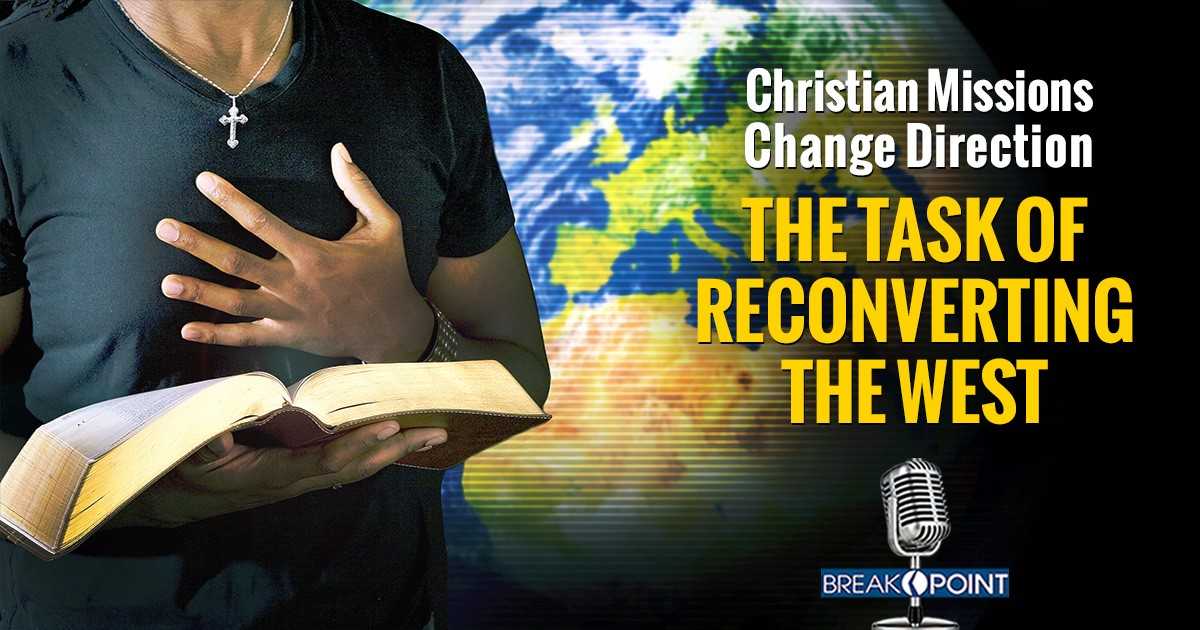 In his book, “The Reason for God,” Tim Keller argues that Christianity is the only truly global religion. Indeed, within a few generations of Christ, the Christian faith had spread across much of the known world—from India to North Africa to furthest reaches of the Roman Empire and into the barbarian lands of Northern Europe. Yet up until a hundred years or so ago, for all kinds of historical and sociological reasons, Christianity became a predominantly Western religion.

The missionary efforts of the last hundred years began to change that, and now Pew Research predicts that Africa will be the most Christian continent within about 40 years.

The story behind this geographical relocation is overwhelmingly a story of missions. For centuries, the West sent evangelists to Africa, Asia, and South America to preach the Gospel, plant churches, and create Christian communities where none existed. Whereas the heroes of the faith in the ancient church were theologians and bishops, and those during the Reformation were, well, reformers, most of the names we recognize since the Reformation are the missionaries: William Carey, Hudson Taylor, Gladys Aylward, Eric Liddell, Jim Elliot, Amy Carmichael.

This move of the Gospel from the West to the South and the East could be one of the largest scale fulfillments of the Great Commission since Jesus first gave it.

Yet, as a fascinating piece in The Economist explains, the direction of the flow of Christian missions has now largely reversed. As it did, the geographic center of the faith also shifted. A century ago, as Pew reports, over ninety percent of the world’s Christians lived in Europe and the Americas, and less than six percent in Africa and Asia. Today, over a third of all Christians hail from those continents.

As this Christian population shift has taken place, something else interesting has also happened. Poor, developing countries that once benefited from Western missionaries coming into their cultures have started sending missionaries of their own back to the rich and increasingly irreligious West.

While the U.S. still leads the world in sending missionaries—something that has been true for a long time—our market share is dropping. The largest growth seen in global missions output is in non-Western countries. And it’s happening fast.

As one whose church has been largely shaped by the missionary efforts of African Christians, I thank God for this new trend. At the same time, anyone trying to convert Westerners has their work cut out for them. As The Economist piece observed, “Saving the rich is difficult,” though Jesus said it wasn’t impossible. Among the compelling stories of Christian history we may read about one day will be whether missionaries from the Global South coaxed Western camels through the needle’s eye.

Those bringing the good news back to our shores—and even more so to Europe’s shores—often remark how jaded and difficult it can be to convert Westerners. Having once had the faith but having (at least partially) lost it, we’re like the bird-infested path or the thorny ground in Jesus’ parable.

Even so, to whatever scale the effort to reconvert the West succeeds or not, it ought to leave us in awe of God’s wisdom. Within just the span of a few centuries the Church went global, and it was precisely at the time the West began to lose its faith.

Both the work of the missionaries who planted those seeds abroad and the return of that fruit to our own shores are testaments to providence. We ought be reminded through them that God is no respecter of persons, nations, or even continents. I only wish those early global missionaries could see all of this unfold. Of course, as those who’ve now joined the great cloud of witnesses, they have a perspective on the whole story that’s better than our own. They obeyed Jesus’ command to make disciples of all nations. I wonder if they had any idea that those nations would one day return the favor.