MLK and Beloved Community - BreakPoint
Join us in helping to equip and renew the Church with a Christian worldview by giving before our fiscal-year ends!
Skip to content 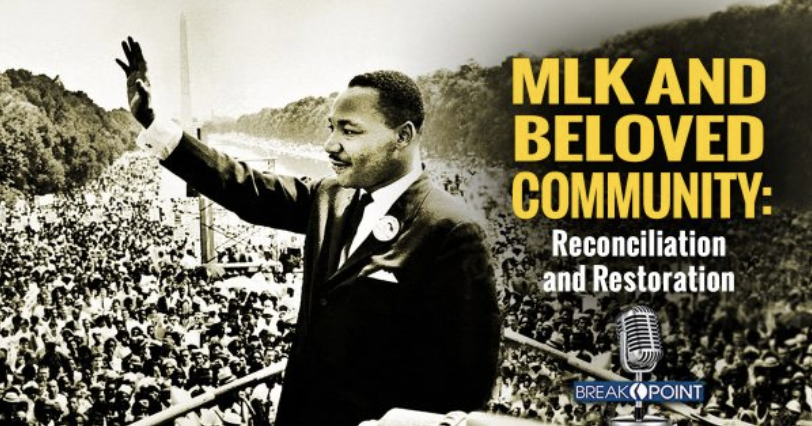 A recent New York Times story described how the federal government shutdown was impacting a small town in Florida’s panhandle.  The story’s “angle” was that the town that overwhelmingly voted for Donald Trump two years ago was now being hurt by his actions.

One woman, who works in a federal prison, told the Times that she felt let down by the president. “I thought he was going to do good things,” she said. “He’s not hurting the people he needs to be hurting.”

Can you think of a better example of our divisions and tribalisms? The woman didn’t say, “Help who needs to be helped.” She said, “He’s not hurting the people he needs to be hurting.” And speaking of examples of divisions, the New York Times carefully crafted this story to depict these Florida folks as benighted rubes deserving of their misfortune.

Simply put, Americans view each other through the lens of tribes. Tribes are, of course, things like race, ethnicity, and especially sexual identity and gender identity. But they can also be religious, political, and even geographical tribes.

Our divisions are profound and our group identities so strong that which party you identify with can even predict which movie you think deserves an Academy Award.

So, can bridges still be built today between Americans? Before we exclaim, “No!” we might want to look at the life of Martin Luther King, Jr., whose birthday we commemorate today.

If you asked most Americans what Dr. King’s goals were, the most likely responses would be “desegregation” and legal equality for African-Americans. Some especially well-read people might also point to his concerns for the poor.

While these were certainly among King’s priorities, they were a means to an end for King. He was after something greater. In his own words: “The end is reconciliation; the end is redemption; the end is the creation of the beloved community.”

At the heart of the beloved community is a “type of love that can transform opposers into friends.” It is “not eros, a sort of esthetic or romantic love; not philia, a sort of reciprocal love between personal friends; but it is agape, which is understanding goodwill for all men. It is an overflowing love which seeks nothing in return. It is the love of God working in the lives of men.”

That phrase “beloved community” appears often throughout the history of the Civil Rights movement. It helped men and women who joined with Dr. King endure prison and beatings. More importantly, it kept them from hating their enemies.

King was careful to emphasize that he was looking toward a beloved community that took place in history, not outside of it.

He had in mind the hard work of restoration, which not only would undo unjust laws and discrimination, but would see them replaced with the kinds of relationships that cannot be legislated into existence—relationships built on love and mutual support.

As a student of theologian Reinhold Niebuhr, King held no illusions that creating such a community would be simple or easy. But as a Christian, there was no alternative. Evil had to be resisted. Restoration was to be pursued.

Today, fifty-one years after his assassination, there’s still not an alternative, as our sorry divisions prove. American Christians must resist utopian and tribal fantasies, both of which only result in dismissing or even eliminating some members of the human family. We can only seek the reconciliation grounded in an overflowing love for God and neighbor that seeks nothing in return. The kind of relationships that cannot be legislated.

We tell you these stories of reconciliation all the time on BreakPoint because we want you to know they’re not fantasies. They’re examples of what it means to be the light of the world—a light this world desperately needs.