The Cost of Skipping Children - BreakPoint
Skip to content 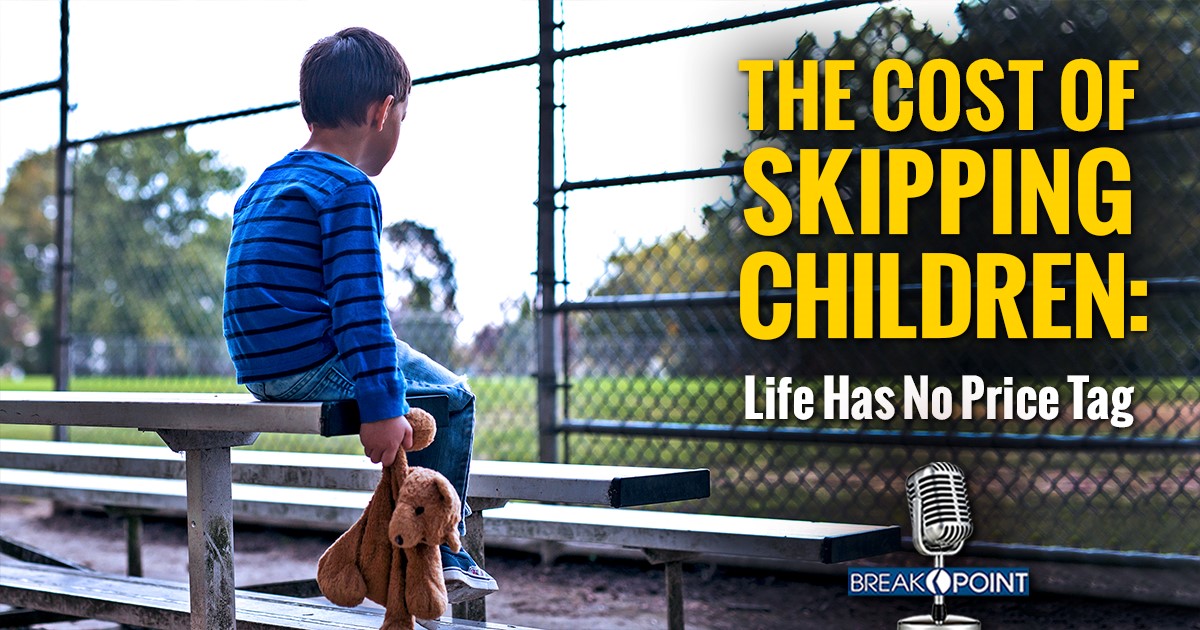 
The Cost of Skipping Children

The Centers for Disease Control and Prevention reported late last year that Americans aren’t having enough babies to replace themselves. In fact, a record one in five American women will never have children, and those who do will, on average, never exceed two. As a result, the death rate is outpacing the birth rate, which means—except for immigration—the U.S. has joined many developed countries on the long, slow road of population decline. That’s bad news. Not having enough children as a society has costs that are hard to appreciate on the individual level. We know from examples like Japan and much of Europe that aging countries become economically top-heavy, especially those that promise extensive government services to the elderly. This results in runaway aging and population decline, and negatively impacts every sector of the economy except for maybe healthcare, depending on how you look at that one. It also places heavier and heavier burdens on the shoulders of an ever-shrinking workforce of young people, which leaves them even less likely to have kids. On a deeper level, young members of a graying society lose hope for the future, or stop planning for it altogether. In Japan, this hopelessness manifests as one of the highest rates of suicide among youth in the developed world. To be clear, the United States is not Japan, but as Jonathan Last writes in his book, “What to Expect When No One’s Expecting,” there’s no example in history of a shrinking society experiencing long-term prosperity. Given the impending demographic disaster, you might think this would be the wrong time to discourage people from having children. But some are doing just that. Citing numbers from the U.S. Department of Agriculture, the website Market Watch recently warned that the cost of raising children has grown an unbelievable 40 percent since the year 2000. According to those USDA estimates, the average American parent spends almost a quarter million dollars raising a single child, not including college expenses. This translates to huge figures for families who have four, five, or even more kids. If these numbers are correct, a minivan-sized family will spend something on the order of a million dollars just to get their children through high school. But I’m not buying those numbers, at least not totally. The USDA’s estimates don’t take into account things like shared living space, hand-me-down clothes, grandparents pitching in, or other common ways parents have learned to save money. Such outlandish estimates of the cost of kids are now cited in article after article, making the case that few Americans can really afford kids. CNBC joined in recently with a piece called “Here’s how much money you save when you don’t have kids.” To make matters worse, they cited a study purporting to show parents are less happy than non-parents. All of this bean-counting in the government and secular media comes at a moment when the thing we need most is babies. Even sadder, it coincides with one of the hardest pro-abortion legislative pushes we’ve seen in decades. Our culture is simply less welcoming to little lives than ever before. And yet those of us who have kids and those who desperately long and pray to have kids know how fundamentally skewed these cost-benefit analyses are, even if their math was better. Because children are priceless, and as my friend Dr. Ben Mitchell says, anytime you put a price tag on something priceless, you cheapen it. The question of whether kids are too expensive raises much bigger worldview questions, such as, “what’s the purpose of life?” and “what’s the good life?” Children aren’t a bucket list item, like paragliding or visiting Paris. It’s an others-centered way of living—a radical statement of hope for the future—a declaration that you and I are not the center of the universe, and that the here and now is not the only thing that matters. In a society already suffering from a birth dearth, the question isn’t whether we can afford to have kids. It’s whether we can afford not to.