Can We Know a Mere Christianity? - Breakpoint
Help others see truth, beauty, and goodness. Give today.
Skip to content 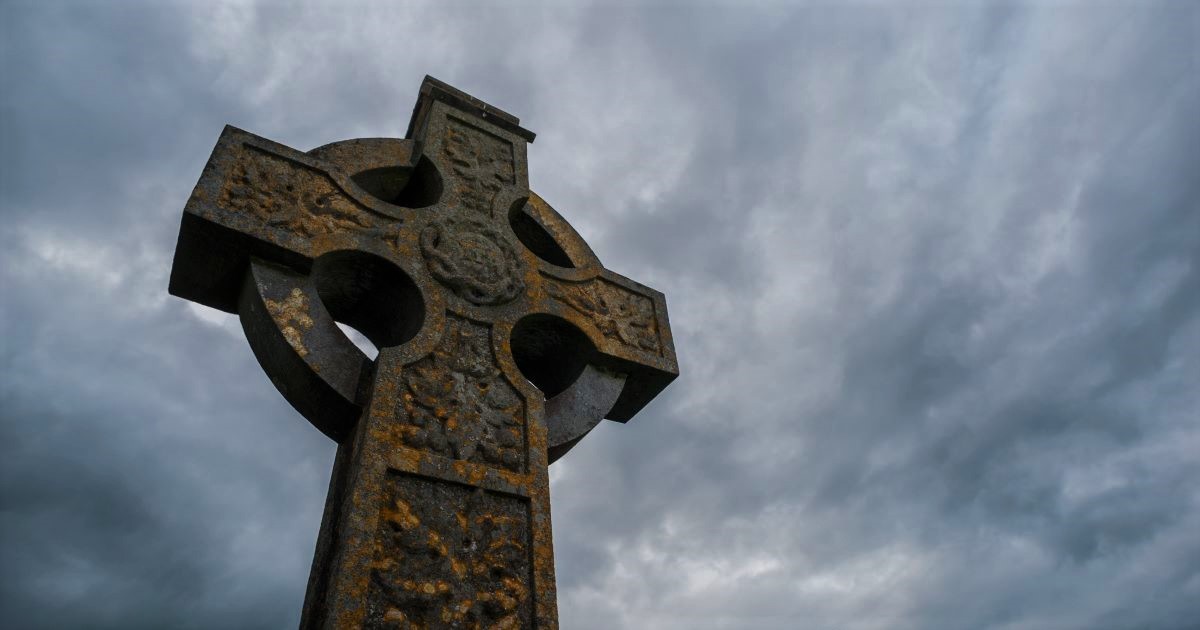 
Can We Know a Mere Christianity?

“If intelligent, well educated, sincere Christians can come to such different interpretations of Scripture, how can I possibly hope to come to a correct understanding of Truth? In a fallen world, how can I trust my fallen brain to correctly understand and interpret what I read in the Scriptures? How can I know that I am not self-deceived? Can I know with any degree of certainty that my beliefs are on the right trajectory to salvation? Can I have surety that the life I am living isn’t in conflict with the salvation I think I have through Christ’s life, death and resurrection?”

That’s a great set of questions with a lot of real-life, real-world implications.

If you look around some cities in America, you can’t go more than a block or two without coming across two separate churches, each claiming to be the local manifestation of the Bride of Christ on Earth, yet often without being willing to acknowledge one another’s mere existence.

I’ve seen this myself all my life in some of the most churched parts of the nation. I grew up in Nashville, lived for a time in Wheaton, IL, and now, completing the evangelical trifecta, reside in Colorado Springs. In each of those places you can find not just the major groupings of Eastern Orthodox, Roman Catholic, and Protestant, but also a host of subgroups: Baptists, Presbyterians, Methodists, Pentecostals, Holiness, and so on.

Even the subgroups have subgroups. I’ve been a Calvinist all my life, I have two graduate degrees in Church history, but I couldn’t tell you all the names of the alphabet soup that comprises my own little corner of ecclesiastical Christendom, let alone anyone else’s. And this doesn’t even touch the question of theologians and laity within given denominations who don’t agree with each other quite openly.

Roman Catholic theologians quibble with one another as much as any Protestant, and Reformed Christians are so notorious for their contentiousness, particularly among the newly Reformed, that we have a phrase for it, ‘Cage Stage Calvinist.’ God willing, such young men, and it’s usually men, emerge from this pupal form into the more mature ‘Sage Stage,’ where the doctrines of grace finally lead to a life of grace. Even then, when the Fruits of the Spirit are in full bloom, we’re still left with well-meaning, sincere Christians who have mutually exclusive beliefs about the nature of our supposedly shared Christian faith.

It’s a mess, and it’s a real concern. As you’ve pointed out, the fact that the Church as a whole cannot come to an agreement can be a real obstacle to confidence in its teachings, both for outsiders who see no reason to throw their lot in with a seemingly dysfunctional family and for the faithful whose faith is tried by incessant squabbling.

It puts some in mind of the old story of the blind men and the elephant. Each man latches onto a different aspect of the pachyderm and declares that it’s like a snake or a wall or a rope, depending on which body part he feels. Many, seeing the dissensions within Christianity, contend that the fact of the differing opinions means that there is no truth, or at least no knowable truth, when it comes to the doctrines of the Faith.

But, lest we carried away with elephantine allegories, let’s consider a couple of things. When Christians disagree over something, they’re disagreeing over something, not nothing.

When those apocryphal blind men bickered over the nature of the elephant, their disagreements weren’t fantasy. There really was an elephant, at least in the world of the story. When they came up with different explanations of what they felt, they were basing it on something that was actually there, not merely the delusions of their light-deprived eyes.

This is the same with Christianity and, frankly, with any branch of human knowledge. Think about it. Scientists disagree over competing theories of the structures of a subatomic particles or the chemical make up of the Moon, but those disagreements hardly suggest that there’s no such thing as quarks or nothing to be known about our celestial companion. Their disagreements are bound by the characteristics of the reality being analyzed and can be tested accordingly.

When it comes to disagreements within the Faith, we need to remember that it is an argument over interpretations of an agreed upon reality. They are disputes over a known quantity of theological, historical, and philosophical information, not “cleverly devised myths” where everyone’s view is as true as another’s.

When we have disputes, we can go back to our elephant. We can “test and approve” which of our ideas about doctrine and theology best fit what we in reality, which denomination’s conceptions correspond to the claims of the Bible.

Something else to keep in mind is that despite the reputation, Christians actually have a very high degree of agreement. Yes, there are ten thousand denominations cluttering the photo album of Christ’s family. And, yes, for the entire history of Christianity, theological discussions have been carried on with clear marks of disunity.

But, for all those ten thousand denominations and all those years of debate, the core tenets of the Christian Faith have been settled and agreed to by nearly all who claim the name Christian.

While Methodists and Eastern Orthodox have some very real points of tension, the central doctrines or their respective traditions are rooted in the same basic truths. The vast majority of Christian groups have agreed upon the core concepts of Christian doctrine from the time of the Apostles to the present.

Going back to our friends with the elephant, our “blind men” are not offering mutually exclusive claims like the in the old saying. There are differences to be sure, and sometimes those differences matter. But they are all quite clearly describing an elephant in all its glory, not just a wall or rope or what-have-you.

Sure, you’ve got your ancient heretical groups where the word of an ersatz prophet trumps the Word of God, and you’ve got your contemporary progressives for whom the inner voice of the community is God “still speaking.” Yet, Christians believers in the ancient world and those of our own day can all recite the same creeds of faith.

We all can say together that “I believe in God the Father Almighty, maker of heaven and Earth.” We all confess that the Supreme Being of the universe spoke through the prophets and Apostles. We declare that Jesus, the Son of God, has come in the flesh, that He was crucified, died, was buried, and rose from the dead and that, even now, the Holy Spirit abides in us, sustaining us, and holding us safe until Christ returns.

I’m not suggesting that the disputes are immaterial. Some of the distinctions between traditions have far-reaching consequences. A thousand years ago, the Eastern and Western branches of Christendom split in two, significantly on account of a single Latin word – filioque – being added to one of the core creeds. Likewise, the predestination teachings of my own Calvinism are quite at odds with the free-will emphases of Arminians and others. The disputes may occupy the periphery of the doctrines of the Church, but they are hardly ephemeral.

Yet, we are not without hope, and that hope is highlighted by an old friend of us all.

There is a possibly apocryphal story going around about a joint meeting between Protestant, Roman Catholic, and Eastern Orthodox Christians. At one point, one of the participants stood up and declared that in spite of their differences, they were all united by the biblical text, the ecumenical creeds of the Early Church, and the collected works of C. S. Lewis.

In his famous book, Mere Christianity, Lewis, this “very ordinary layman,” hit on something quite profound. He compared his work describing the core ideas of the Faith to the hallway in a house. He recognized the importance of the various traditions and their respective understandings and disputes, declaring that they were the rooms where life happened.

If I can bring anyone into the hall I shall have done what I attempted. But it is the rooms, not the hall, that there are fires and chairs and meals. The hall is a place to wait in, a place from which to try the various doors, not a place to live in.

He didn’t look on the hallway as the entirety of the Faith but, as the title suggested, the merest level to be considered in the house. The entrance-way, if you will. Of the time in the hallway, he saw it as only an incomplete first step, not the destination:

But you must regard it as waiting, not as camping. You must keep on praying for light: and, of course, even in the hall, you must begin trying to obey the rules of the whole house. And above all you must be asking which door is the true one; not which pleases you best by its paint and panelling.

The core truths of Christianity are simple enough to be grasped by a child and yet expansive enough to embrace ecclesial “rooms” all around the world. If all we can grasp at a given time is the “hallway” creeds common to all Christians, then we may take heart that we are in a good place, even as we test and approve the doors to the rooms where particular traditions reside.