Christians Who Changed their World: Leif Erikson (c.970-c.1020) - Breakpoint
How can we respond to those around us with truth and love? Give today to receive this month's featured resource.
Skip to content 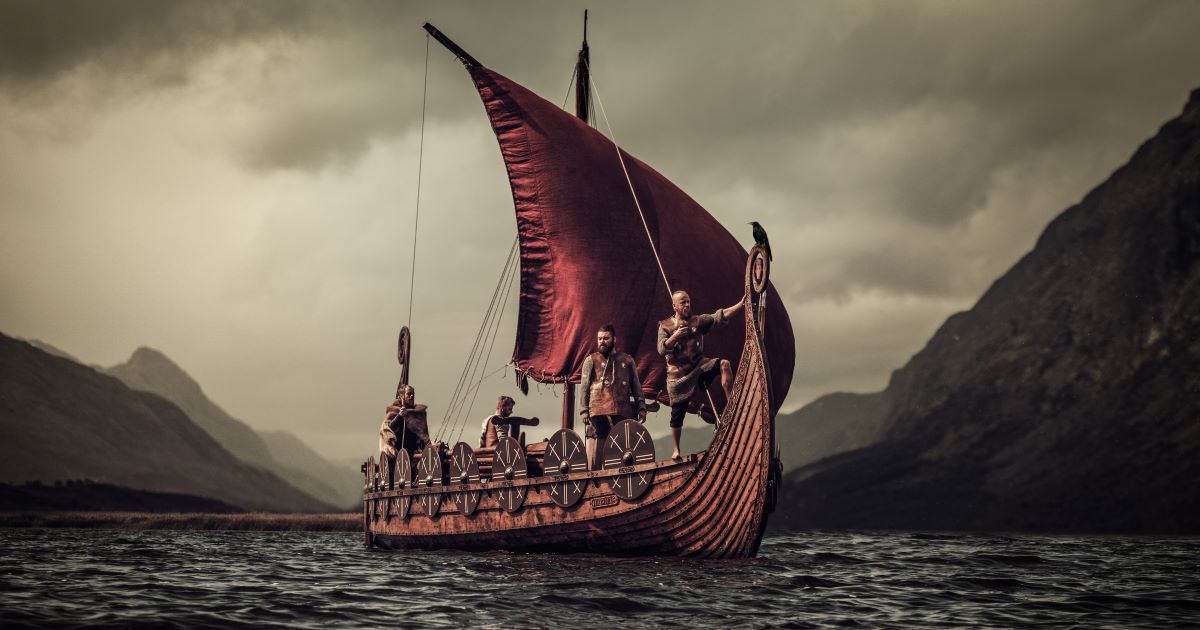 When we think about Vikings, the two things that most often come to mind are longboats full of warriors raiding and pillaging the countryside, and their desire to die in battle so they could enter Valhalla to serve as warriors for Odin in the battle of Ragnarok at the end of the world.

In popular culture today, the most famous Viking is probably the legendary (but historically questionable) Ragnar Lothbrok. The best known fully historical Vikings are probably Erik the Red, the founder of the first Viking settlement in Greenland, and his son Leif Erikson, the first known European to make it to North America.

Despite our image of the Vikings as Heathens, worshipers of the old Norse gods, by the 10th century many Vikings were Christians, including Leif Erikson. In fact, his trip to North America was part of a missionary effort to reach the Viking settlements in Greenland.

Despite our image of the Vikings as Heathens, worshipers of the old Norse gods, by the 10th century many Vikings were Christians, including Leif Erikson. In fact, his trip to North America was part of a missionary effort to reach the Viking settlements in Greenland.

The Norse languages did not have a word for religion; the existence of gods and spirits was simply assumed. As a result, Christianity, a monotheistic religion with systematic organization and doctrine, was completely foreign to them. Further, the Vikings respected prowess in battle, and so they held Christians and especially clergy in contempt since they were utterly unable to defend themselves against attack. Only when Christian kings and bishops(!) began leading military forces successfully against them did the Vikings began taking Christianity seriously.

Initially, Vikings were forcibly converted to Christianity: after losing a battle, the leaders were forced to accept baptism in hopes that it would make them less warlike. It didn’t always work: one Danish jarl in England who “converted” with his overlord complained that his baptismal robe was much less fine than the ones he wore all the other times he had been baptized.

Sometimes conversion did stick to varying degrees. Rollo the Viking, for example, adopted Christianity to acquire the duchy of Normandy from King Charles the Simple of France. He then used Christianity to consolidate his control over the region. On his death he gave 100 pounds of gold to Christian churches, but he also hung 100 prisoners as a sacrifice to Odin. Similarly, many Viking graves included both crosses and Thor’s hammers, suggesting either syncretism (or that the Vikings were hedging their bets).

Others, though, took Christianity much more seriously, perhaps too seriously. Olaf Tryggvason, the son of Tryggvi Olafson and king of Norway, accepted Christianity and attempted to convert people by force, including using torture and executing those who refused. One of those who converted willingly was Leif Erikson.

Leif came from a colorful family. His grandfather Thorvald had been banished from Norway for killing several people, so he sailed west and settled in Iceland. Some years later, Thorvald’s son Erik the Red got into a feud with some of his neighbors and killed them. He was exiled from Iceland for three years, but during this time he got into another conflict and killed several other local Vikings, so he was declared an outlaw for three more years. As a result, Erik sailed west to establish the first Viking settlement in Greenland. His son Leif was born there.

Leif was raised by one of Erik’s thralls (i.e. slaves) named Tyrker, whom Leif considered to be his foster father. In 999 Leif traveled to Norway, where he became part of Olaf Tryggvason’s retinue. Leif converted to Christianity voluntarily, and then was sent to introduce the religion to Greenland.

Leif settled in Greenland and succeeded in his mission of converting Viking Greenland from paganism to Christianity. The region remained firmly Christian for the rest of its history. The last document from Norse Greenland is an account of a wedding held at Hvalsey Church in 1408, just before the territory was abandoned.

We don’t often appreciate the difficulties the Vikings faced sailing west across the Atlantic. Their ships had square sails, which means they could not tack into the wind; the wind had to be blowing from behind them for the sails to propel the ship. Since the prevailing winds in the north Atlantic blow from west to east, to sail west, the Vikings had to rely on storms. Severe storms turn cyclonic, that is, the winds circulate counterclockwise around the eye. This means that by riding the north edge of the storms, the Vikings could take advantage of westward blowing winds to propel them across the ocean.

Not surprisingly perhaps, Vikings were sometimes blown off course. This had happened to a Viking merchant Leif had met who claimed to have seen land west of Greenland. Leif himself was blown off course trying to reach Greenland; he spotted the land and picked up two shipwrecked sailors there. He seems to have explored the territory a bit before returning to Greenland. Unwittingly, Leif had come to America.

The following year, he returned to North America, which he named Vinland (“wine land”) because of the abundance of grapes he found there. He explored the region, established a small settlement where he wintered, and returned to Greenland with a cargo of timber and grapes. Vikings would later return and establish other settlements, none of which lasted long, though for centuries the descendants of the Vikings returned periodically to harvest timber and possibly to trade.

After his stay on Vinland, Leif returned to Greenland to fulfill his mission to bring Christianity to the island. His mother Tjodhilde quickly converted, though Erik the Red adamantly refused. Erik’s wife then refused to sleep with him, much to his annoyance according to the sagas. Some sources say he eventually converted. She is credited with building the first church in North America.

Leif settled in Greenland and succeeded in his mission of converting Viking Greenland from paganism to Christianity. The region remained firmly Christian for the rest of its history. The last document from Norse Greenland is an account of a wedding held at Hvalsey Church in 1408, just before the territory was abandoned.