Remembering 9/11 from a Christian Worldview - BreakPoint
Learn how to make abortion unthinkable by giving your gift of any amount today!
Skip to content 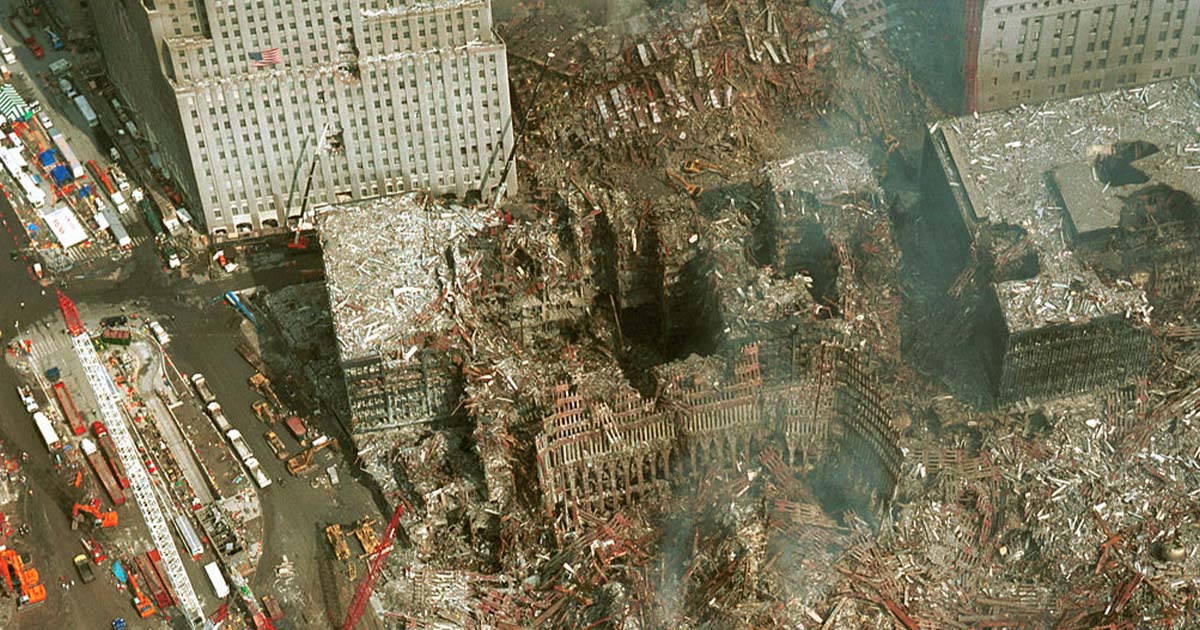 
Remembering 9/11 from a Christian Worldview

Tomorrow, as we mark the 20th anniversary of perhaps the most devastating day in America’s history, we should also remember how Christians are to confront evil.

In the days after 9-11, Chuck Colson offered an incredible gift to God’s people: A Christian worldview framework for understanding what had happened and a roadmap for Christians to both speak truth and love to their neighbors. Colson warned against out-of-control anger and against seeking revenge instead of justice, in both our personal and national responses.

In fact, just three days after 9-11, Chuck directly addressed the many stories emerging at the time, of Muslims, Sikh and others being attacked on American streets. He offered a prophetic warning, that “evil in this world begets more evil.”

The commentary is a model of applying Christian truth to a chaotic moment. And it’s just as appropriate and helpful today as it was 20 years ago.

Here’s what Chuck Colson had to say:

Sher Singh was born in India and has lived in the United States for two years. On Wednesday, when his train from Boston to Washington, D.C., stopped in Providence, RI, he was arrested, suspected of involvement in the terrorism that rocked the country on Tuesday. Alerted by television reports, a crowd gathered outside the train station as police led Mr. Singh from the station. The crowd whooped and jeered. “Kill him!” yelled one man. “You killed my brother!” shrieked another. Mr. Singh, who had absolutely no connection with terrorism, is a Sikh and wears a turban, a long beard, and a ceremonial dagger strapped to his shoulder.

Sadly, this is not an isolated incident. In Chicago, a crowd marched on a local mosque shouting, “USA! USA!” Someone threw a firebomb at an Arab American community center in Texas. Arab Americans have been assaulted and harassed across the country.

A 19-year-old from Chicago commented, “I’m proud to be an American and I hate Arabs and I always have.” Evil in this world begets more evil. It’s self-perpetuating and we’re already seeing that in the rage against Mr. Singh and people like him.

By sharp contrast, Paul wrote to the Romans, “Overcome evil with good.” One of the reasons I believe the Christian Gospel couldn’t be a made-up religion, as some people think, is that it tells us to do those things which are contrary to our human nature when evil is done to us. The human instinct is to respond with evil. The result is that evil triumphs. In this case, if we respond to the terrorist attacks with evil, the terrorists win. But the Gospel tells us to act exactly contrary to our own nature: to respond to evil with good. The most powerful example of this principle I know is Father Popieluszko, a Catholic priest in Poland.

In the early 1980s, the pale, gaunt priest had a twofold message: defend the truth and overcome evil with good. People responded and overflowed his church. The secret police followed him everywhere. He began to receive threats. And finally, one night after celebrating mass and preaching, the Father disappeared. About 10 days later, as 50,000 people came to mass to listen to a tape of his last sermon, they heard that his body had been found in the Vistula River, badly mutilated by torture.

The secret police braced for an uprising. But on the day of the Father’s funeral, the huge crowd that walked past their headquarters bore a banner and shouted what it said: “We forgive, we forgive!” He taught them well.

Only Christians, men, and women who are touched by and understand the present reality of the Cross, can possibly overcome evil with good. And if we don’t, rage and anger will carry the day and the terrorists will have won.

This doesn’t obviate the government’s use of the sword or a military force to swiftly and proportionately respond to those terrorist attacks. We must do that. Our government will. But as the nation’s anger rises, there is a great test for American Christians. Can we live by the Gospel? Will we love our neighbors, even those who look or sound or seem like those who so ruthlessly attacked us?