Court Jesters for Christ: Can Christians Be Snarky?
Help others see truth, beauty, and goodness. Give today.
Skip to content 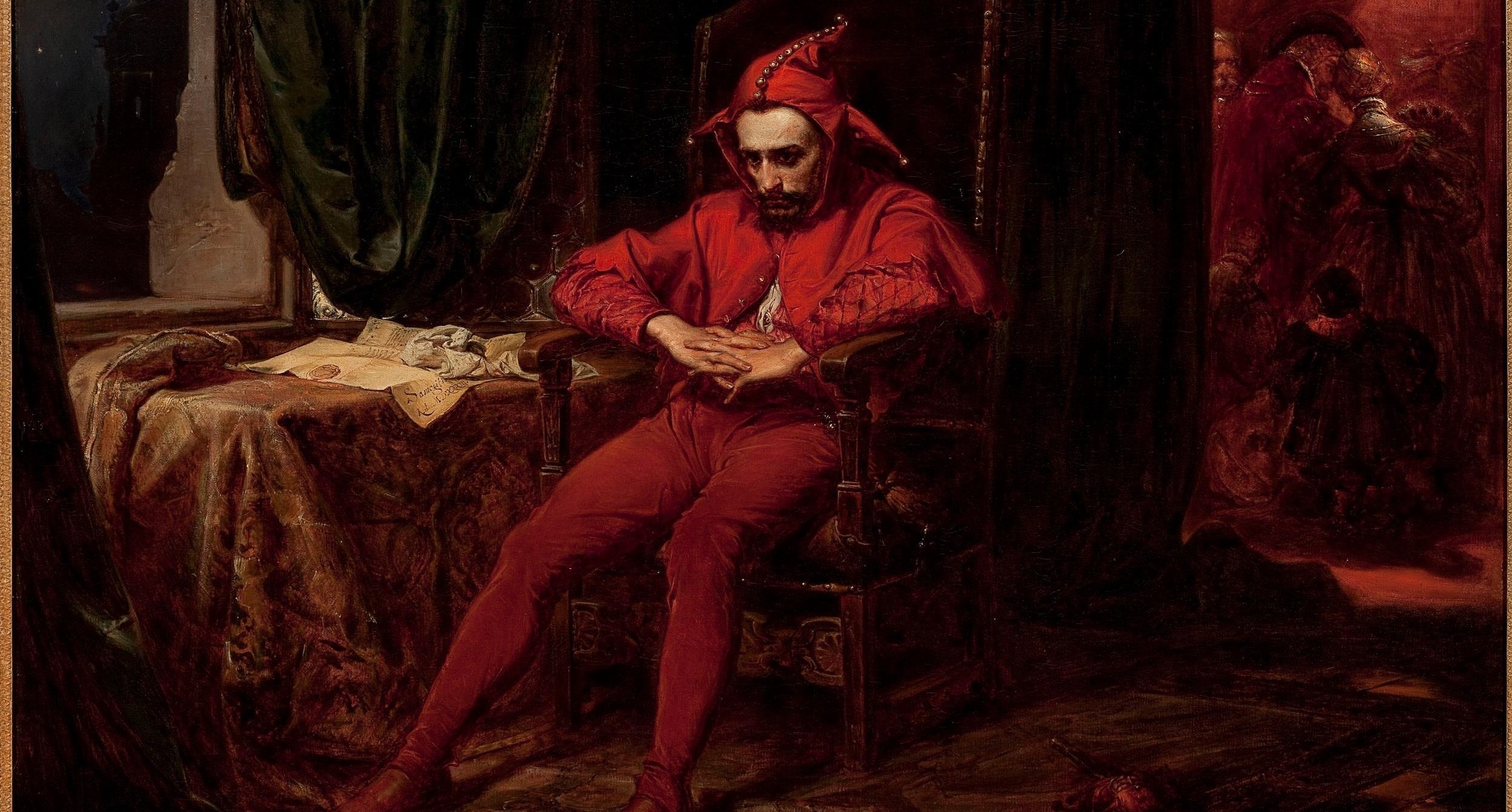 
Court Jesters for Christ: Can Christians Be Snarky?

“Like a madman who throws firebrands, arrows, and death is the man who deceives his neighbor and says, ‘I am only joking!’” – Proverbs 26:18-29

“And at noon Elijah mocked them, saying, ‘Cry aloud, for he is a god. Either he is musing, or he is relieving himself, or he is on a journey, or perhaps he is asleep and must be awakened!’” I Kings 18:27

Court jesters were to use their wit to point out the foibles and limitations of the those who didn’t want to hear it. Is there a place for Christians to play that role?

The venerable New York Times has gotten into a bit of hot water about a recent hire. At least they got some flak from one part of the populace; another bit of the country greeted the news with a yawn. You see, they hired Sarah Jeong, who had in the past made comments about Caucasians that were, shall we say, problematic. The New York Times and Ms. Jeong claim that the tweets were satirical and an example of counter-trolling. Others had made derogatory comments to her, so she simply fired back in kind.

This episode has become something of a Rorschach Test, where everyone sees in it what their preconceptions dictate. Many on the Left have come to her defense, noting either, reasonably, that sarcasm shouldn’t be taken literally or, less reasonably, that she can’t be racist since she’s not white. Many on the Right have countered that this is a double-standard and that derogatory comments about an entire race are, by definition, racist.

This quibble only accelerated on the news that an African American conservative was banned by Twitter after retweeting Jeong’s own comments, only replacing Jeong’s “whites” with “blacks” and “Jews.” Keep in mind, this is a bipartisan “dialogue,” and the reactions are the same no matter who initiates it.

Since satire and sarcasm intrinsically involve exaggeration and mischaracterization, resentment is inevitable. Distinguishing between their callous misrepresentation and our precise hyperbole is a tricky proposition.

This is not a new problem. Jonathan Swift, of Gulliver’s Travels fame, opened himself up to misinterpretation with his Modest Proposal. This highly satirical piece attacked elite society’s disdain for the poor of Ireland by suggesting that poor Irish could add to their income and cut their expenses by selling their children to be eaten by the upper classes. Voltaire’s Candide and Chaucer’s Canterbury Tales, too, are filled with incisive (and often ribald) social critique.

Even early Christian theologians like Tertullian got into the game, using as much wit as logic to undermine their heterodox or pagan rivals. Martin Luther’s acerbic pen is so well known that it has spawned an insult generator, and, whether we’re talking about Steve Taylor in the 1980s or The Babylon Bee today, this is a practice Christians have been quite willing to take up in recent years.

However, there are a lot of things with such a long and distinguished pedigree, and not all of them are wholesome. What’s the Christian to do? Can we be snarky? What does the Bible say? From beginning to end in God’s word, we see sharp wits used undermining the foolishness of the world and the hypocrisy of personal sin, yet always with the restorative purpose of clearing the bad to make way for the good.

For example, Isaiah belittles the religious practice of an idolater who cuts a piece of wood, using some to warm himself and bake his bread, then taking the remainder to build a god to worship. In the brilliant theodicy of Job, the eponymous protagonist spends 37 chapters blaming God for his plight, but by chapter 38, Yahweh has had enough. With enough snark to make The Onion, The Daily Show, and The Babylon Bee blush, the Almighty tears into His servant Job, cutting his presumption down to size.

In the I Kings passage mentioned at the beginning, Elijah the prophet of Yahweh challenges the prophets of Baal. This challenge is itself an act of harsh theater as the storm and fertility god, Baal, is put to shame by the unpopular Yahweh is the one to bring storm clouds. Even as they cut themselves to induce Baal to release his divine power, the pagan priests endured Elijah’s scorn as he mocks his rivals’ god.

Even Jesus Himself, though usually characterized as meek and mild, can bring a sharp word into battle. Think His use of the ridiculousness of the image of people walking around with logs in their eyes or His willingness to call people fools for their self-satisfaction. He was gentle as could be with those who felt their need of Him, but He could also be incredibly harsh to those who saw themselves as righteous on their own merits.

The Apostle Paul is a wonderful example. He is stark in his criticism of those who’d add to God’s law, but he calls on all Christians to be characterized by graciousness. In a single chapter, Galatians 5, he first takes on those saying that circumcision was necessary for salvation, suggesting to them, in that case, that this ceremonial surgery had not gone far enough! But then, just a few verses later, Paul speaks of gentleness as a key sign of salvation.

How do we resolve this? Does the biblical testimony indicate we can be snarky? The short answer is “Yes, but . . .” There is a time when snark is befitting the Lord Himself, but also times when we ought to refrain. Emulating the Bible, it would seem, requires applying different solutions to different problems.

It demands asking ourselves whether our intent is constructive or destructive, if it is to clear away from the world the bad or merely to make ourselves look good. There are times when a sharp wit is just the scalpel needed to excise bad ideas, but we ought to be very cautious in the application of this incisive tool. The surgeon’s skill can harm as well as heal, and our sinful nature makes the former more probable than the latter.

How’s this for a rule of thumb? If you can’t take the joke, don’t make the joke. Partly, this is about having the humility to accept critiques if you’re going to offer them to others. Don’t take yourself so seriously that you can’t see the humor when others point out the inevitable foibles in your side’s positions and personalities. If you can’t laugh at your own side, then there’s a fair chance that you’ve lost perspective and that your “humor” has devolved into pure mean-spiritedness.

This is nothing more than an application of the Golden Rule. We always ought to treat others the way we would want to be treated, meaning, here, don’t take unfair shots at people. Granted, a lot of this is in the eye of the beholder. One person’s legitimate target is another’s hit below the belt. Nonetheless, pausing to consider if you’re treating your subject the way you’d want to be treated can help avoid some, but not all, rancor in your words. Remember that this cuts both ways. If you critique someone else’s jibe, ask if you’d have the same hesitancy if the positions were reversed.

Here’s another suggestion. Are you attacking an idea or are you mocking a person? Spiteful humor is easy. Your side gets to feel superior, the other side gets to feel bad, and you get all the glory of an easy laugh. Satire is different. Satire highlights a failing of an idea or practice, often through the use of exaggeration, with the goal of showing an inadequacy that needs to be changed. It’s ultimately constructive, aimed at deflating a false idea so that the truth may be known.

If your purpose is truly restorative, then distinguish between the sin or failing being practiced and the image bearer of God you seek to relieve of that flaw. This is hard. Attacking someone’s core beliefs will be seen as an attack on the person himself, but don’t let another’s personalization of their sin excuse you into committing a sin of your own. Sometimes a slap in the face is just what somebody needs to see the error of his ways; just you make sure that it’s the error that drives you and not your pleasure in giving the slap.

Sadly, what passes for satire in today’s world is all too often little more than mockery. We get cheap laughs and boosts to our self-esteem by degrading those we don’t agree with. As Christians who owe it to our Lord to love even our enemies, it can be challenging to participate in satire when it is so misused.

As with any other human endeavor, we cannot expect that our actions can be without sin. We can however, work to see that the effects of our own sin will be minimized and that we set an example of a better way to live. Emulating the watching world will only lead to our ever-deeper involvement in its sin, but following the path set by the Bible will grant us a true and loving guide for speaking sharply even as those words are seasoned by grace.