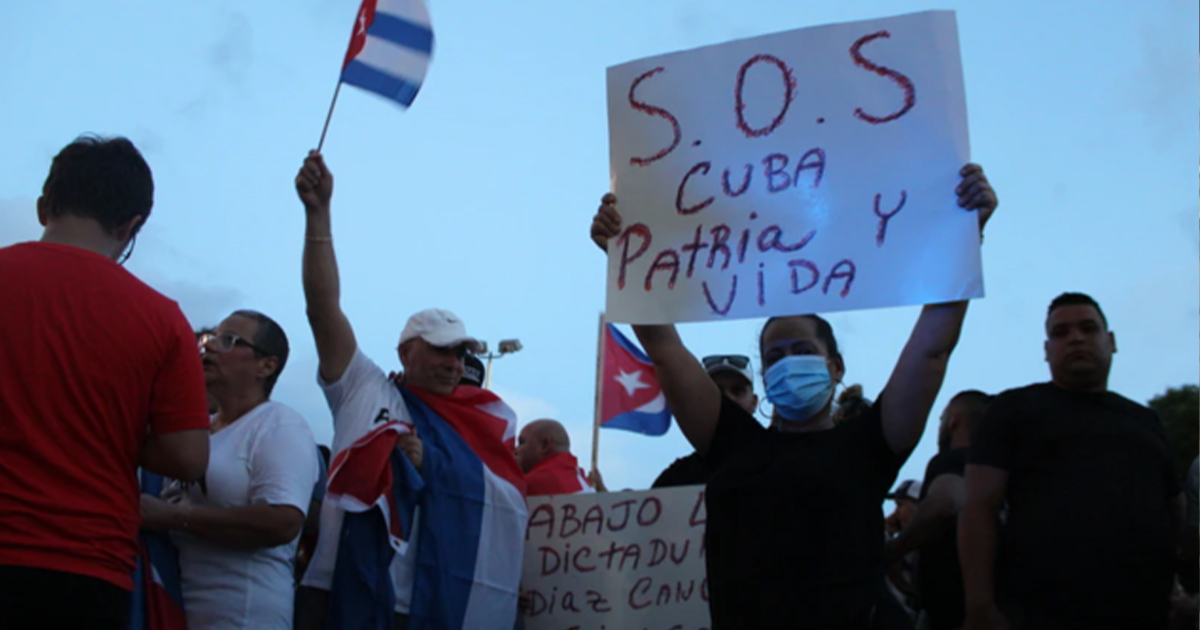 In recent days, thousands of protestors have taken to the streets of Havana, Cuba to protest Covid restrictions and demand both help from the government and more freedom. After initially attempting to crack down on protestors, the government changed course late last week and lifted certain of the restrictions that drove the protests, including those on travelers bringing medicine, food, and toiletries.

As a nation, Cuba relies heavily on tourism. As individuals, Cubans rely heavily on friends and family members outside the country sending food, medicine, and hygiene products. The crippling taxes on goods coming into the country, the lengthy power outages, food shortages, and ongoing blocked-access to the Internet — all during a global pandemic — was just too much for many of the people, and this propelled them to attempt a revolution in the streets.

Christians in Cuba have joined the throng calling for an end to the restrictions, even to the regime. For years, believers there have faced discrimination and oppression. The Cuban Revolution 60 years ago (in keeping with Communist ideology) established an atheist state in what was, at least traditionally, a largely Christian culture. At various points in the history of the regime, including recently, Christmas celebrations were banned, and Christians were not allowed to run for office. Even so, Castro never fully closed church doors. Overall, religious life in Cuba has mainly moved underground, and is constantly under threat.

In the 1990s, in an effort to mend relations between the U.S. and Cuba and to establish a diplomatic relationship with the Vatican, Pope John Paul II visited the island nation. After the visit, Christians were allowed to apply for state jobs and participate more publicly in church life, albeit under the watchful eye and oversight of the government.

The movement toward religious freedom in Cuba has been, to say the least, slow and inconsistent. Still, Christian leaders continue to see cracks in the foundation of Communism. As Alberto Pías, a Catholic priest from Cuban descent wrote on social media earlier this week,

“Human beings are made for freedom, to the point that even their Creator doesn’t violate it. Human beings can be repressed, intimidated, threatened … and this can make, by a pure survival instinct, the person submit to slavery and even defend the one who is oppressing him, but freedom is inscribed in our genes. Years, even generations may pass, but there comes a time when the soul rebels and says: ‘enough.’”

And just a few days ago, in what may be the only Communist dictator in history to almost admit some degree of fault, President Díaz-Canel said,

“We have to gain experience from the disturbances. We also have to carry out a critical analysis of our problems in order to act and overcome, and avoid their repetition.”

I wish that the president’s critical analysis included the Communist vision of life, social forces, the progression of history, and human value. I doubt that it will. Given Communism’s historical track record, it should have long ago been relegated to the dustbin of history. Instead, what is too often claimed, by Communist “presidents” and Western academics alike, is that the problem lies not in Communism itself but in how it has been applied.

We see the same kind of thing when it comes to new technologies, especially biotech. When things go wrong, we think that it’s just some rogue, “bad apple” scientists who are to blame for what is, in reality, inherent immorality in certain practices. This “evil man” assumption insists that the real problem with gene-editing technology or Communism are just the “bad apples” employing them, rather than the universal temptation that comes with unlimited power, whether over a nation or over some aspect of nature. We’d like to think that the problem is one particular human, not the human condition itself.

Tragically, the only thing that the “evil man” hypothesis accomplishes is ensuring that the evils of history repeat. While recent admissions from President Díaz-Canel are noteworthy, hard repression in Cuba is not over. So, we should continue to pray and advocate for the people of Cuba in any way we can.

And, we should take seriously the advice offered by Cuban-American Mike Gonzalez, in a recent interview on a World News Group podcast, when asked how Americans can help. Gonzalez said, “Ultimately, what Americans can do is remain free. We must remain free ourselves. We cannot help anybody, we’re not going to be the symbol of anything if we don’t ourselves remain free… America must continue to be the beacon of freedom.”