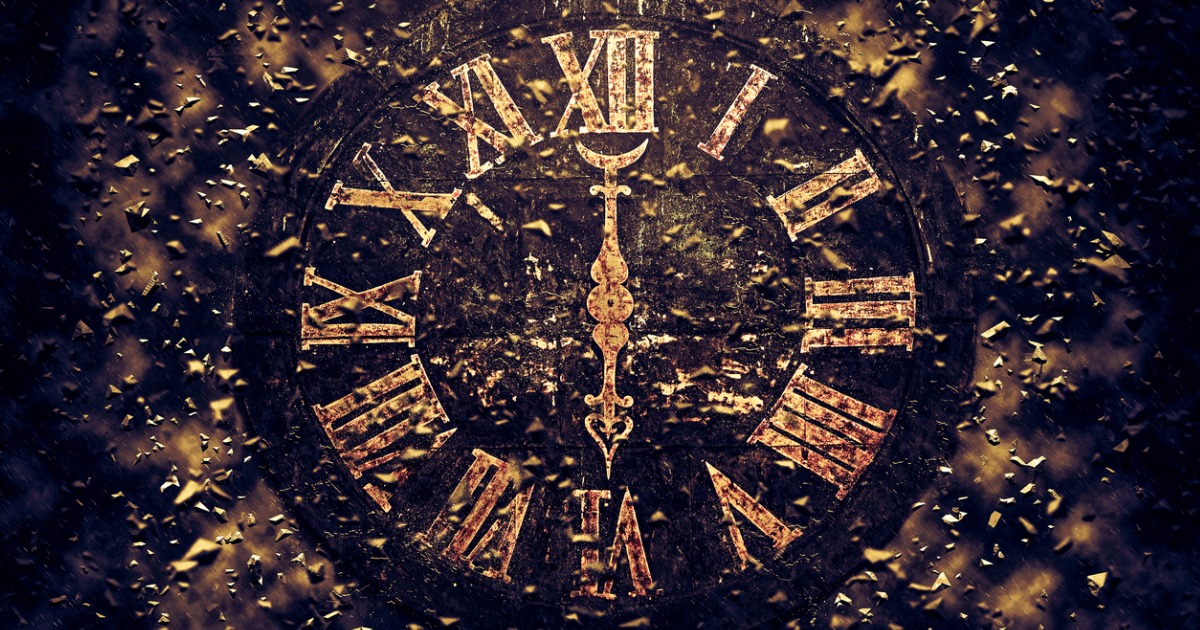 
Death, Be Not Proud

He will wipe away every tear from their eyes, and death shall be no more, neither shall there be mourning, nor crying, nor pain anymore, for the former things have passed away.” And he who was seated on the throne said, “Behold, I am making all things new.” Also he said, “Write this down, for these words are trustworthy and true.” – Revelation 21:4-5

Death stalks us in the news everyday. Some famous person dies, and we wonder. A horrible crime occurs, and we shake. A dear one passes away, and we feel lost. We used to be able to remain in semi-blissful ignorance, but now our ever-present social media heralds tell of every last tragedy.

When someone dies unexpectedly, it is quite understandable that the still, small voice of fear will make its presence known somewhere in the backs of our minds. We think, “If he can die, then so can I.” Or, even more terrifying, “If she can die, then so can my wife, my mother, my child.” The deaths of those around us can cause of to fear for the lives of those closest to us.

At such times we are reminded of Edgar Allan Poe’s morbid tale, “The Masque of Red Death.” In that dark story, a prince of long ago holds a grand party, even as a devastating plague rages outside the safety of his palace walls. The peasantry may fall to this contagion, but those closest to the prince have no fear. In this months-long masquerade, they are treated to the finest foods as they waltz through multicolored rooms, each one so full of distraction that it becomes inconceivable that death could stalk them there.

Each room but one, that is. In contrast to the vibrancy of the rest of the festival, one room remains in darkness. Here there was blackness, augmented by red reflecting the image of the death reigning outside. This décor is so frightening to the party-goers that they could barely dare to enter. Adding to this foreboding mystique was a single, large clock. Every once in a while, this clock would ring out, somehow cutting through the music of celebration.

For a moment the revelers look upon one another with fear, only to toss aside these concerns and laugh at themselves for their childish cowardice. This goes on for some time, with each new reminder of death’s inevitability shaking all around only to have these fears shaken off in turn. In the end death finds its way into the feast, stalking the prince and reminding everyone, party patrons and readers alike, that whatever rationalizations and distractions we may use to ignore our future reality, there is one journey which we all must take.

There’s no one lacking a heart of stone who doesn’t tremble at those times. Hearing in the news that someone far away has passed on may give us little pause, but occasionally, just occasionally, someone’s death will hit us where it hurts. Maybe it’s a celebrity who’d always been there and whom can hardly imagine not existing. Maybe it’s a childhood friend you hadn’t seen for ages, yet whose death reminds you what can as easily happen to you. Maybe it’s an unknown child’s death which shocks you with its sheer unnaturalness.

At such moments we are shaken, but, like the prince’s friends, we, too, shake off these fears in due time. We return to our normalcy, our distraction, our visions of life without death. Yet, what happens when it isn’t a celebrity, an adult you knew in your youth, or a distant child? What if it’s not someone you know from the movies but from your intimate life? What if it’s your parent or your child? Then the pain is unavoidable. Then Poe’s dark clock clangs loudly in your hearts for years on end.

For both the secular materialist and the more contemporary “all is one” spiritualist, this is madness. If all we are is matter bouncing around in an endless game of cosmic pinball, then there is nothing significant to death because there is nothing significant to life. We’re all just protons, electrons, neutrons, quarks, and mesons, pointlessly interacting for all time. There’s no difference between the atoms making you “you” while alive and those same atoms long after you’re gone. On the other hand, if all is Gaia, all is one, all is the universal spirit engaged in an endless dance, then there’s no significance to death. It’s just one more stage of existence, one more step on the journey to . . . nowhere.

If we’re honest, this is horrifying. More than that, it’s disgusting. We may be as convinced an atheist as is humanly possible, we may think there’s nothing more to us than molecules in one particular and oh-so temporary form, but when it comes to a loved one’s death, we cannot be so indifferent. We may be as in tune with the harmony of the universe as we’d like, but when we face the great void ourselves, we cannot be so calm. We look at death, whether that of those we care about or of ourselves, we scream.

One of the great joys we have as Christians is the right, even the duty, to scream at death. This is no mere allowance which our gracious God gives to weak souls like us. It is His determined command, lived out by His own example.

When Jesus stood beside the tomb of His friend Lazarus, He did not give a stoic response or offer calm platitudes to the dead man’s kin. He screamed. He wailed. He wept. When Christ faced His own death, just hours away, He didn’t gently accept His fate as a normal part of life. He wept again. The text says that His anguish was so great that the drops of His sweat were like blood. These were no sniffles for the sake of mild discomfort. These were deep and enduring expressions of pain and even hatred for what had happened to His friend, to His creation, and what would soon He would endure Himself.

For the Christian, this is not the end of the story. It’s not just that God screams at death and so should we. That’s true, but that’s not all. God hates death for the way it mars His creation of life and joy and fellowship and for the way it reminds Him always of the Fall which broke each of these things. It’s also true that as Christ has come and lived as a man and died as a man, we have someone in heaven who’s feared what we fear and faced what we face in the deaths of others and will face one day at our own demise. These things are true, but there is more.

We are indeed sad that the good creation has been broken by the Fall, and we are encouraged that we have an advocate who knows our fears and pains. Yet, we have a hope greater even than this, a hope that is greater than death. We know One who has died and yet has conquered death, One who remains even today as our advocate before the Father of life, and by whose Spirit we now have His life in ourselves. We too know that one day, and that day is as certain as the rising of the sun, one day death will be no more.

As Christians, when we hear the echo of death claiming another victim, we can know that it will be our time one day. But we can also say with John Donne, “Death, be not proud, though some have called thee mighty and dreadful, for thou art not so; . . . One short sleep past, we wake eternally, and death shall be no more; Death, thou shalt die.” We know the One who has passed through death and will one day ring the clock for death itself.

Death itself will be cast into the lake of fire, where those who revel in the great palace with the Prince of Peace who has overcome death will never need fear it showing its loathsome face any longer. On that day, for those who live within the walls of the kingdom of God there will no longer be any clock, clanging out its mournful tune to remind us of a death to come, but only the glorious song of the Lamb, telling us of an eternal day of life before the throne, the throne of the One who lived for us and died for us and lives now evermore.