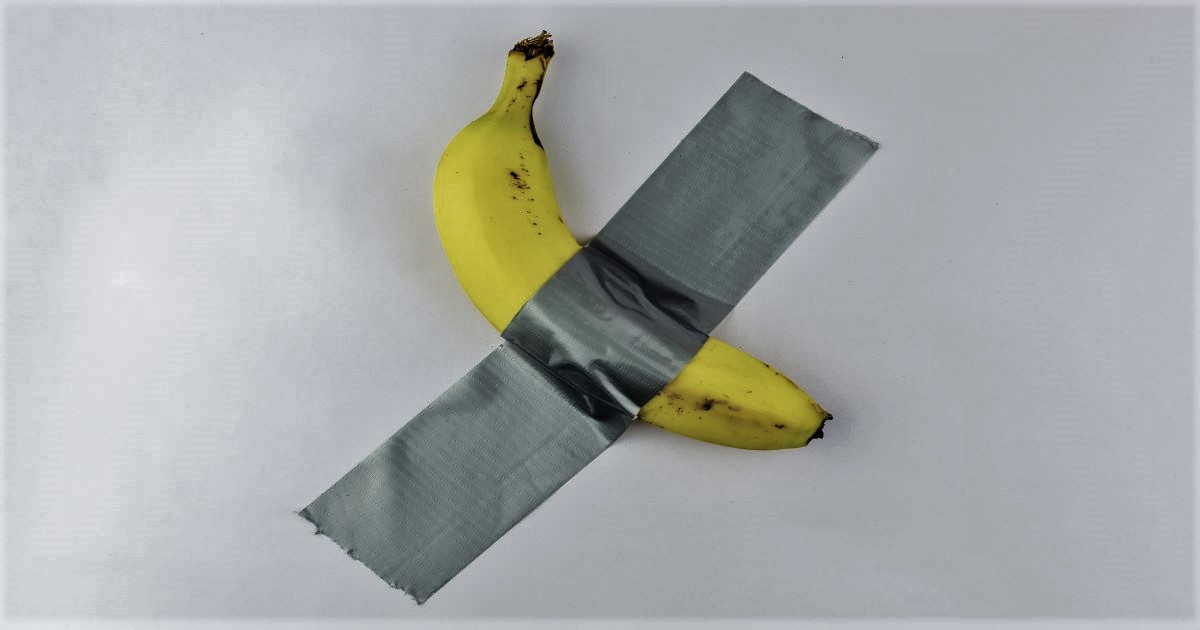 Italian artist Maurizio Cattelan is known for trolling the art world. One his projects featured an 18-karat-gold toilet. The toilet, valued at $6 million, was stolen in September.

His newest project sold for $120,000 but didn’t fare much better. It was a banana taped to the wall at an exhibition in Miami Beach.

But sometimes trolls get trolled, and that’s what happened here. David Datuna, “an installation and performance artist,” walked up to the banana, removed it from the wall and ate it.

According to Datuna, “This is how artists talk with each other. We talk by art. This was his art, and this was my performance.”

In his famous 1978 Harvard commencement address, Aleksandr Solzhenitsyn warned us that among the “meaningful warnings which history gives a threatened or perishing society” is the “decadence of art.” This is a prophetic speech every single person should read.

Gold toilets and wall-mounted bananas masquerading as art indicate we have been meaningfully warned.