Did Purity Culture Overstate the Danger of Sin? - BreakPoint
Skip to content 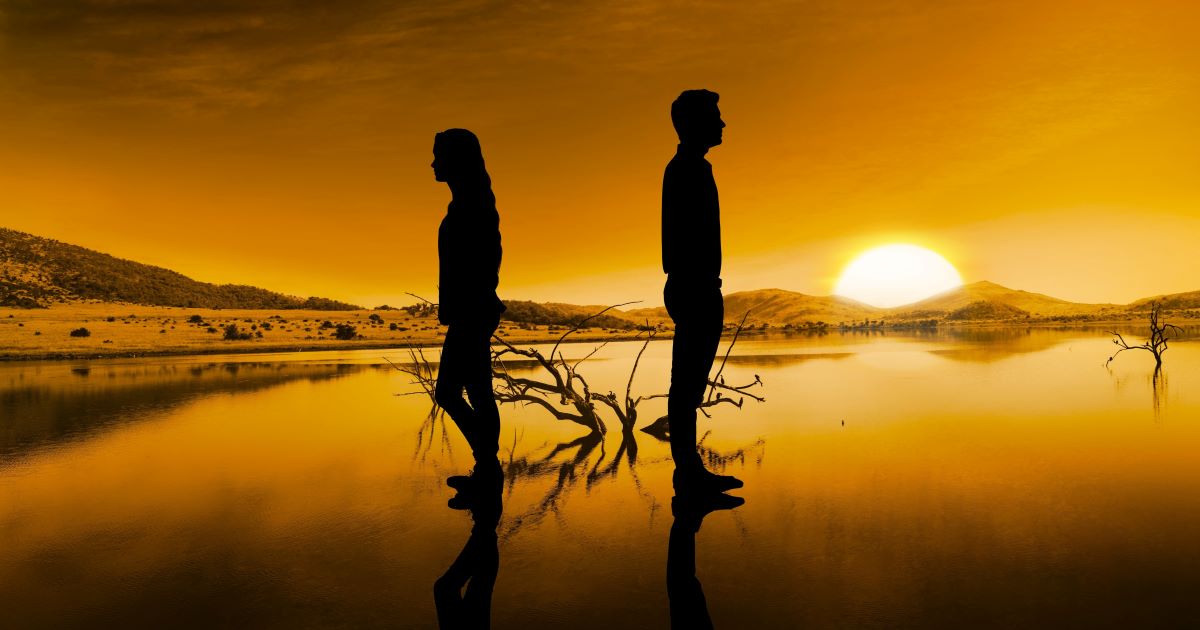 
Did Purity Culture Overstate the Danger of Sin?

For the lips of the adulterous woman drip honey, and her speech is smoother than oil; but in the end she is bitter as gall, sharp as a double-edged sword. Her feet go down to death; her steps lead straight to the grave… At the end of your life you will groan, when your flesh and body are spent. You will say, “How I hated discipline! How my heart spurned correction! I would not obey my teachers or turn my ear to my instructors. – Proverbs 5:3-22

“You will get pregnant and die” is now a joke in our popular culture. The targets are pearl-clutching, Bible-belt-dwelling parents and teachers who once tried to scare their teenagers straight by exaggerating the perils of premarital sex. But not everyone is laughing.

Quite a few Christians of my generation are still convinced that the purveyors of “purity culture” in the 1990s sentenced those who took their advice to prolonged singleness, disappointing sex, and guilt over their moral failures. “Purity culture” supposedly taught that kids who kept their virginity would live happily ever after, and that kids who messed up were “damaged goods” nobody would want to marry.

The backlash against this is understandable in some ways, but I worry that it comes perilously close to condemning the way the Bible talks about sexual sin.

“Purity culture,” say critics, promised a crop of teenagers that if we followed a certain set of rules for dating and physical affection, God would reward us with true love and ultra-hot honeymoon sex. Conversely, those who failed to keep the rules would suffer a fate worse than the death foretold by the coach in “Mean Girls”: they would lose their “purity”—that coveted pearl meant as a wedding gift for their future spouse.

These critics have plenty of examples to point to. In one infamous passage from “I Kissed Dating Goodbye,” the erstwhile manifesto of purity culture, Joshua Harris spun a nightmarish parable about a young man whose former lovers followed him to the altar. Each of them, explains Harris, owned a piece of this groom’s heart, leaving him with only a dingy fragment to present to his blushing bride.

In another dreaded illustration familiar to graduates of church youth groups in the 1990s, a leader would stick a piece of tape to the arms of multiple students until it grew cloudy with oil and skin cells and lost all stickiness. “This,” the leader would announce, “is your ability to pair-bond with your spouse after you’ve had sex with multiple other people.”

Scripture doesn’t set warnings to avoid sexual sin opposite the gospel. Nor does it mince words about the consequences of that sin. And if anyone wants to read Proverbs 5 or 7 and tell me the tape exercise is too harsh, I have a deer liver pierced with an arrow to bring to his next youth group meeting.

Together with the eventual apology and de-conversion of Joshua Harris, critics offer illustrations like these as smoking guns that prove the abuses of “purity culture.” Particularly stinging to committed Protestants is the charge that rules surrounding dating and courtship became a kind of sexual prosperity gospel, and that those who failed to uphold its legalistic terms became irredeemable, or to use the popular terminology, “damaged goods.” Such sinners were forever consigned to loneliness or second-rate sex, because they had given up “God’s best” for their lives and would never be able to attain to the heights of more virtuous peers who kept the law.

So go the criticisms. And when this description of “purity culture” is set opposite to a gospel of grace, forgiveness, and second chances, it’s not hard to see why anyone would rush to reject the one and embrace the other.

The problem is Scripture doesn’t set warnings to avoid sexual sin opposite the gospel. Nor does it mince words about the consequences of that sin. And if anyone wants to read Proverbs 5 or 7 and tell me the tape exercise is too harsh, I have a deer liver pierced with an arrow to bring to his next youth group meeting.

At the root of this misguided critique of purity culture is the idea that eternal forgiveness washes away sin’s temporal consequences. I think of the scene in “O Brother, Where Art Thou?” (I am not the first to use this analogy) where Delmar and Pete proclaim that because they have been baptized, they are no longer convicted criminals. Fellow felon Dapper-Dan Ulysses has to inform them that even if they are square with God, the State of Mississippi is a little more hard-nosed.

In our zeal to see grace abound, we should take great care not to dismiss the ravages of sin. If “damaged goods” has dehumanizing implications, then choose another term. But let us not pretend for a moment that the damage isn’t real and let us not shrink from talking of both sexual sin and sexual purity as Scripture does.

In Christ, our sins (including much worse than sexual sins) are indeed cast “as far as the east is from the west.” No Christian should ever compel a brother or sister to bear the cross which Jesus shouldered in their stead.

Yet forgiveness in Christ does not eradicate sexually transmitted diseases. It does not undo pregnancy or single motherhood. It does not un-harm the women you have exploited or repair the marriages you have shattered. It does not erase the pornographic images from your mind, nor does it heal physical trauma or give you back the years the locusts ate. It does not resurrect aborted children (not yet, anyway).

In our zeal to see grace abound, we should take great care not to dismiss the ravages of sin. If “damaged goods” has dehumanizing implications, then choose another term. But let us not pretend for a moment that the damage isn’t real and let us not shrink from talking of both sexual sin and sexual purity as Scripture does.

One key to getting this right is to realize that proverbs are not promises. When the Spirit tells us through Solomon that sexual immorality leads to death and sexual wisdom to life (and even to rapturous delight), He is not striking a bargain with us. He is not offering a sexual prosperity gospel.

He is describing the way God’s world works, and reinforcing a fact that Christians used to understand more widely: that the Lawmaker’s laws are not arbitrary. They are not rules without reasons. They accord with our very design and are therefore glimpses of what full and thriving humanity looks like. “Keep yourselves from sexual immorality” is not some chore we must perform to earn the good life. It is God’s description of the good life.

None of this is meant to browbeat those who’ve broken God’s rules for sex, either in body or mind. I’m squarely in that mercy-thirsty throng. Rather, it is to suggest that the moral certainty about “purity culture” hindsight affords us can sometimes obscure our view of Scripture.

By all means, make sure young people understand that God promises them no happy endings (although He does give wise counsel). Yes, emphasize how the grace of Christ enables us to rise from the ashes of our sin-scorched lives and start fresh with God. And of course, remind them that purity is a lifelong pursuit that is neither secured on their wedding night nor relinquished forever in that moment of weakness. But don’t forget to tell also about the adulterous woman, and where her feet lead.