Do Christianity and Islam Worship the Same God? - Breakpoint
Give today to learn what it means to be a thoughtful Christian!
Skip to content 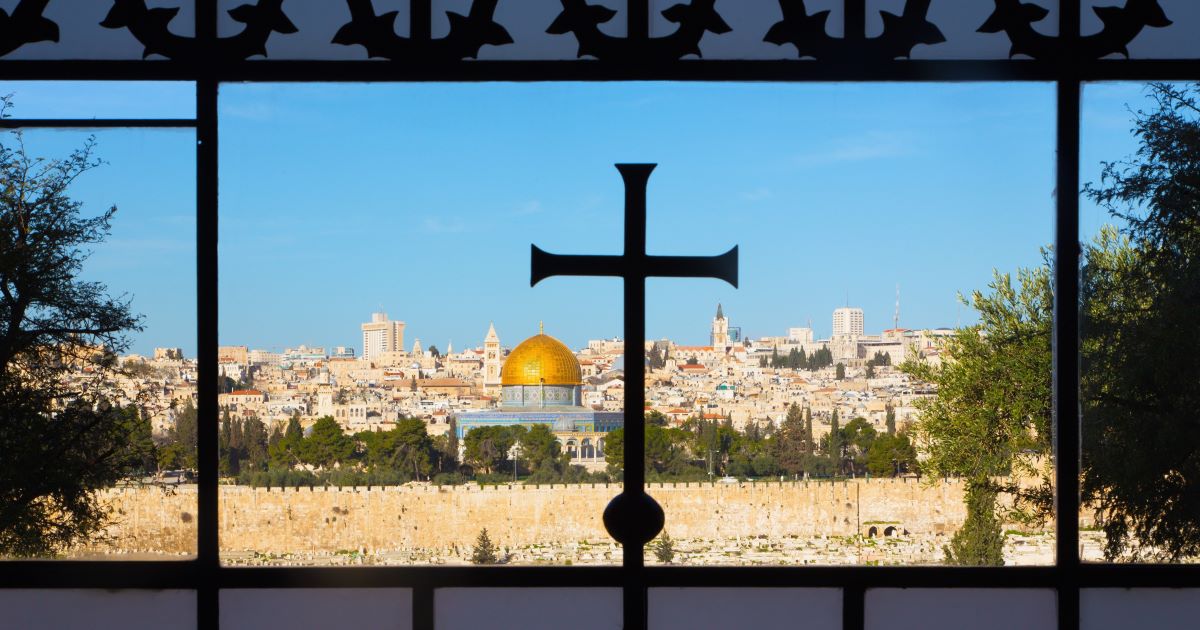 
Do Christianity and Islam Worship the Same God?

Something I read recently in a Christian publication seemed to me like they were substituting God for Allah. Like it’s the same God that we worship. Why is there not a clear difference made between Allah and God? I understand Muslims are using the English word for their god as God….but I don’t want kids to confuse that the one true God is the same as the Muslim god, Allah.

This is one of those questions that you can’t answer without making someone upset, and it’s not hard to see why.

The simple answer is, no. The God of the Bible and the deity of Quran are not the same. There is a great deal in common between the two faiths, and there is much we can affirm as true in Islam, just as Paul did at Athens of the Hellenistic gods. But, simply put, the descriptions of God in Islam and Christianity are mutually exclusive, and for people to say otherwise is condescendingly intolerant.

What we have is two different religions overlapping in terms of a lot of concepts, history, and terminology. Both claim to be the faith of the God of Abraham, but they have fundamentally distinct ideas about who that God is and what He asks of us.

You need look no further to see this than the nature of God Himself. Is He a Triune God of three equal and eternal Persons, as in Christianity, or is the simple monotheism of Islam the answer? The Trinity is at the core of Christianity, to the point that you cannot be rightly be called a Christian if you deny it. Likewise, the idea of God having a Son in any sense is explicitly condemned in Islam. These two versions of God can’t both exist, and the respective religions cannot both be true.

Despite what our culture would tell us, this is not an insult to either faith. In fact, we can go so far as to say that is offensive to both to say that they are the same or just two expressions of the same truth. We’d have to water down or strip away a great many central doctrines of each to portray them as identical. To believe in both is to believe in neither.

Not being a Muslim or an expert in Islam, I’ll refrain from commenting much about its beliefs, but there are some key points in Christianity which stand out as unique, not only from Islam but from all rival religions. This is rarely more obvious than in the Bible’s understanding of Jesus.

In Christianity, the full revelation of God is centered in Christ as His eternal Son. All the Old Testament leads up to Him, and the New Testament and the life of the Church looks back to Him. He is fully God, and the only way that humanity can be saved. You can’t very well see Him as the only way and see another way as also necessary.

When speaking about these respective understandings of God, there is indeed a great deal of overlap, particularly when speaking linguistically or philosophically.

For example, there are lot of places where the same words can be used. The most obvious place we see this is in the term “God” itself. The Muslim word for God, Allah, is from the same Semitic root that we see in the Bible, El. Think of things like Elohim, Elijah, and Daniel. El was a general word for a deity in that part of the world, and many Arabic-speaking Christians call God “Allah” even today.

While this might seem to point to a conflation of the faiths, this linguistic coincidence actually points in the other direction. Despite the fact that we tend to use it in this way, “Allah” isn’t actually the unique name of the Muslim God; it’s simply the general Arabic word for God.

That is, when we see the Allah/El parallel, this is merely a matter of the same word being used, not the same god being named. When Arabic-speaking Christians call God “Allah,” that’s because that’s the word in their language for God. In English we use the same term, “god,” as did my pagan ancestors when they worshiped Woden and Thor. That hardly means that Yahweh and Thor were the same beings.

There is another sense in which we can use terms interchangeably, and that is when we speak of the concept of God. Both Christianity and Islam describe an infinite being who created the entire natural world and upon whom is based all questions of morality, aesthetics, and religion. Each agrees that human beings bear a special duty towards this Person, and it’s on the basis of our relationship to Him that our eternal destinies rest. Now, these duties vary greatly depending on which faith we follow, but the fact of these duties is present in both.

So, we may have a conversation about whether or not God exists without specifying which religion we mean. If the other person is an unbeliever of whatever sort, their understanding of God won’t line up with the biblical description, but everyone will still know what we mean when we say “God.” That is, both Christians and Muslims are theists. An atheist or an agnostic will not care particularly whether the God we are talking about is the Christian one or the Muslim. It is not His nature but His existence they question. This means that arguments or proofs for God’s existence can be shared by apologists of each faith.

This shared understanding can even be put to use in outreach to Muslims. Their beliefs and instincts that there is a personal God who revealed Himself to humanity and to whom humanity owes allegiance are correct. Even if those correct concepts carry with them a great deal of incorrect baggage, these can be steppingstones to a more accurate belief based on the Bible.

Think again of the way that Paul works in Athens. In Acts 17 he speaks of “God” in a general sense but does so to draw these Greek believers in pagan gods to the worship of the true God. He even goes so far as to quote approvingly their pagan poetry about their view of God and uses this to point them to Christ. He begins with the places they are correct but directs them further up and further in towards the nature of the true God.

In the end, we have a great deal in common with our Muslim neighbors. There’s a lot that we agree on, and on those points, we may share common goals. They are human beings made in God’s image who have keen understanding of many truths about their Creator. We can appreciate and respect them for those places where their ideas overlap with the truth, even as we keep watch that we don’t water down either their doctrines or ours into some kind of milquetoast imitation of reality.