Dobbs, “Due Process,” and the “Deeply Rooted” Test - Breakpoint
Help make a bigger worldview possible for Christians around the globe with a year-end gift!
Skip to content 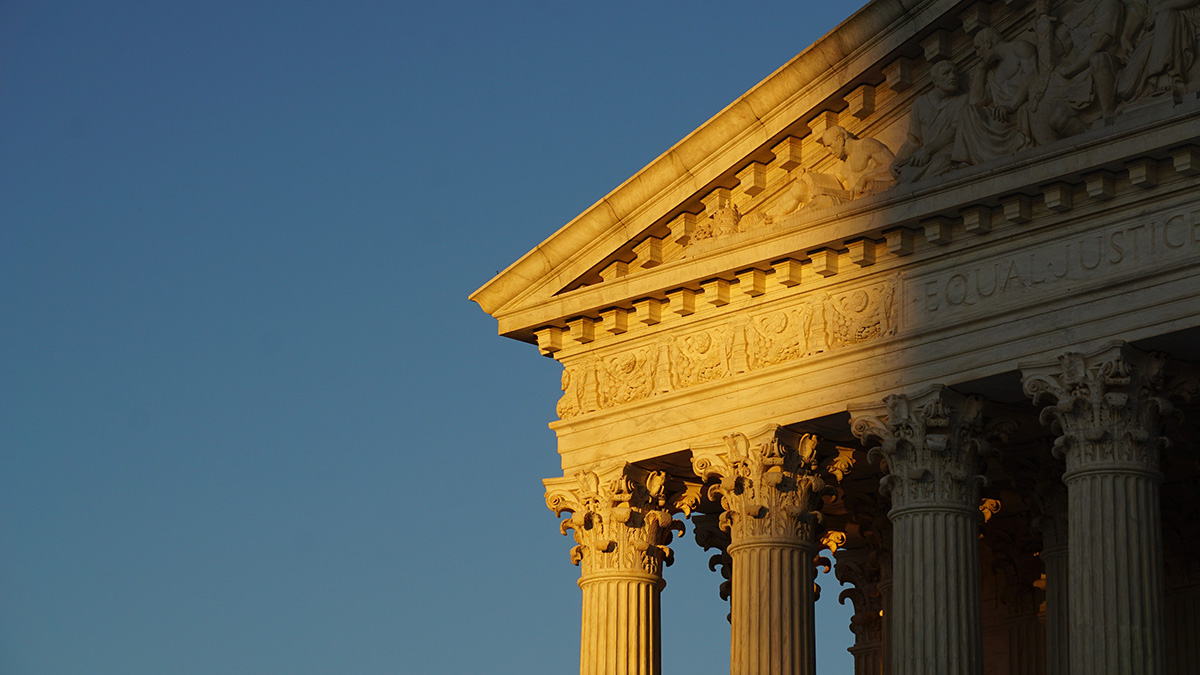 
Dobbs, “Due Process,” and the “Deeply Rooted” Test

The notion of “substantive due process” is often a pretext for judges to affirm current social norms with little more than passing reference to the Bill of Rights.

The Dobbs decision is the most significant Supreme Court decision of our lifetime, and it’s already been cited in another legal case.

Recently, Alabama Attorney General Steve Marshall requested that a federal district court remove an injunction against a ban on medical intervention for youth seeking a transgender identity. He wrote: “But no one—adult or child—has a right to transitioning treatments that is deeply rooted in our Nation’s history and tradition.”

His words are based on language from Justice Samuel Alito’s majority opinion in the recent Dobbs case. Alito argued that abortion cannot be found in the Constitution, nor has it ever been “deeply rooted” in the history and traditions of the American people.

Roe v. Wade, which was overturned by the Dobbs decision, was part of a series of Supreme Court decisions that “discovered” new constitutional rights based on little more than the whims of the sitting Justices. Commonly, in the use of the “substantive due process doctrine,” earlier Supreme Courts invoked a so-called “right to privacy,” as they did in Roe v. Wade. While there’s little more American than the right to be left alone, the Court misconstrued this reasonable desire for privacy to mean the “right” to kill children in the womb.

“Substantive due process” is supposedly based on the 14th Amendment’s due process clause. Proponents of the doctrine contend that, even if a right isn’t explicitly recognized in the Constitution, the rights that are explicit cast “penumbras”—or shadows—which suggest the existence of other, unenumerated rights that the Supreme Court should protect. If this sounds like a stretch, that’s because it is, not least because the due process clause is about just that—lawful process, not substantive rights.

The notion of “substantive due process” is often a pretext for judges to affirm current social norms with little more than passing reference to the Bill of Rights. So, what was never historically a right could be deemed one simply by finding a way to rationalize it with reference to some other right in the Constitution. Instead of rights finding root in the constitutional text or in who we always are as human beings, they become based on shifting cultural norms, as easily created as denied. As Justice Thomas pointed out in his concurrent opinion in the Dobbs decision, substantive due process is “legal fiction.” Thus, he questioned the Court’s power to “divine new rights.”

While substantive due process has been used to cause harm, it’s also been used to support good decisions, for example the ruling on interracial marriage in the case of Loving v. Virginia. However, the Court also based Loving v. Virginia on another part of the 14th Amendment, the equal protection clause, which prohibits discrimination on the basis of race, among other things. In other words, the victory for interracial marriage was a recognition of reality, that all human beings, of whatever race or ethnicity, are fundamentally equal and therefore should not be treated differently. The call for a right to gender transition, however, is a rejection of reality, arguing that maleness and femaleness are illusory or ancillary to who and what we are.

In the current application of the “deeply rooted” test in Alabama, parents demanded a right to experimental medical treatments for their children seeking a transgender identity. They argued that “enduring American tradition” makes them, and not the state of Alabama, primarily responsible for “nurturing and caring for their children.” In that sense, they are right. Parents rank higher than the state when it comes to childcare, but what these parents are demanding is the opposite of nurturing and caring. And in too many cases, government officials are usurping parental rights in promoting gender transitions to children, against their parent’s wishes.

American tradition recognizes a right of parents to direct the education and upbringing of their children and even to make medical decisions for them, but it has never recognized a right of parents to cause their kids harm by radically altering their bodies in ways that render them permanently sterile and perpetually dependent on medical interventions. This is something radically new, not deeply rooted in American tradition and history, at best social experimentation.

We can expect more cases in which the “deeply rooted” language of Dobbs is cited. Lower courts, taking the Supreme Court’s cue, should be reluctant to strike down democratically enacted laws based on newly minted theories of unenumerated rights. In the meantime, Christians must continue to point to the reality of human nature, including the good of our bodies as male and female, and most of all, to the Source of our actual rights: our Creator.