Dr. Mildred Jefferson: Hero of the Pro-Life Movement - BreakPoint
Join us in helping to equip and renew the Church with a Christian worldview by giving before our fiscal-year ends!
Skip to content 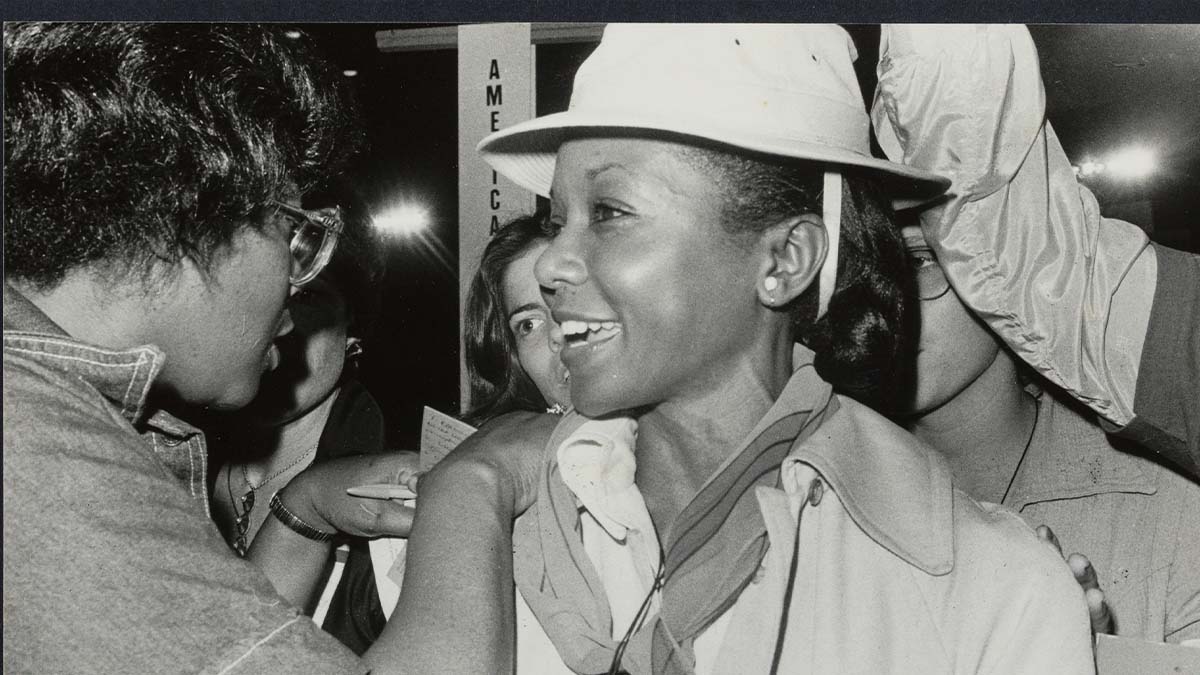 Her accomplishments advancing female and racial diversity are cause enough to celebrate, but tireless work opposing abortion as a physician in the Hippocratic tradition and as a Christian are remarkable

Download/Print PDF
Today, as tens of thousands March for Life in Washington D.C., we remember one of the movement’s most important pioneers.
Dr. Mildred Jefferson emerged from the segregated South during an era of intense racism.
She was the first black female doctor from Harvard University, the first woman to intern at Boston City Hospital, the first female surgeon at the Boston University Medical Center, the first woman admitted to the Boston Surgical Society and a renowned professor of surgery at Boston University Medical School. Over her career, she was awarded 28 honorary degrees.
Her accomplishments to advance female and racial diversity in the medical field are cause enough to celebrate her incredible life, but she should also be remembered for her tireless work opposing abortion, both as a physician in the Hippocratic tradition and as a Christian. Her work for the pro-life cause began in earnest in 1970, in response to a decision by the American Medical Association to declare abortion ethical for doctors wherever it was legal. Dr. Jefferson, incensed by the decision, co-founded the Massachusetts Citizens for Life and was appointed to the board of the National Right to Life in 1971.
In 1972, a public television station in Boston featured Dr. Jefferson in an episode of a series called “The Advocates.” The program aired nationwide and showcased Dr. Jefferson’s credentials as a physician, as well as her skills as a powerful and winsome speaker who used impeccable logic to argue against abortion. After the broadcast, Dr. Jefferson received a number of letters, including one written by a rising west coast politician. It read:
“Yours was the most clear-cut exposition on this problem (abortion) that I have ever heard. . . . Several years ago I was faced with the issue of whether to sign a California abortion bill. . . . I must confess to never having given the matter of abortion any serious thought until that time. No other issue since I have been in office has caused me to do so much study and soul-searching. . . . I wish I could have heard your views before our legislation was passed. You made it irrefutably clear that an abortion is the taking of a human life. I’m grateful to you.”
The author of the letter was Ronald Reagan.
On January 22, 1973, the Supreme Court struck down all restrictions on abortion nationwide. The infamous Roe v. Wade decision only led Dr. Jefferson to redouble her efforts in the defense of life. A few months later, she became vice-chair of the board of National Right to Life. The following year, she became the board’s chair and, the year after that, president of the organization. Dr. Jefferson held that post from 1975 to 1978 and soon became the most prominent pro-life spokesperson in the country.
Even after leaving her position at National Right to Life, Dr. Jefferson continued to be a powerful advocate for the movement. Representative Henry Hyde, himself an eloquent pro-life champion, once said that the best thing the pro-life community could do would be to raise enough money to pay Dr. Jefferson to travel the country advocating for the unborn full-time.
Dr. Jefferson understood that the fight against abortion was a moral imperative:
“I’m opposed to abortion as a doctor and also because I know it is morally wrong. An individual never has the private right to choose to kill for whatever reasons, be they whim, convenience, or compulsion. Because I know abortion is wrong, I will use every means available for free people in a free country to see that it is not perpetuated.
The doctor who willingly accepts destroying life will have no grounds on which to object if the state should compel that doctor to destroy life.”
Abortion on demand, Dr. Jefferson realized, would turn into a demand for doctors to perform abortions. As a result, conscience rights for medical professionals would disappear. They would be forced to obey the state rather than their faith or their conscience. And, if the state could demand this of doctors, it could demand it of anyone. Abortion, Dr. Jefferson realized, was a step toward totalitarianism. In other words, Dr. Jefferson foresaw the coming attacks against conscience rights for medical professionals such as nurses and pharmacists, and if allowed to stand, similar demands would be extended to other, non-medical professions.
Dr. Jefferson died in 2010, but the movement she helped lead continues, stronger than ever. Today, as tens of thousands are in Washington D.C. for the March for Life, consider honoring Dr. Jefferson’s legacy by donating to your local pregnancy resource center. Those who provide care, assistance, and support for families facing unexpected or crisis pregnancies, are on the front lines of fighting our nation’s greatest evil. Their work, birthed in the wake of Roe v. Wade, is more important than ever. Though we may soon see the end of this legal travesty, the pro-life movement, built by people like Dr. Mildred Jefferson, is nowhere near its end. The best way to honor those who’ve gone before us in this cause is to join them.
By: John Stonestreet and Dr. Glenn Sunshine