Epiphany: an Overlooked but Important Day - BreakPoint
Skip to content 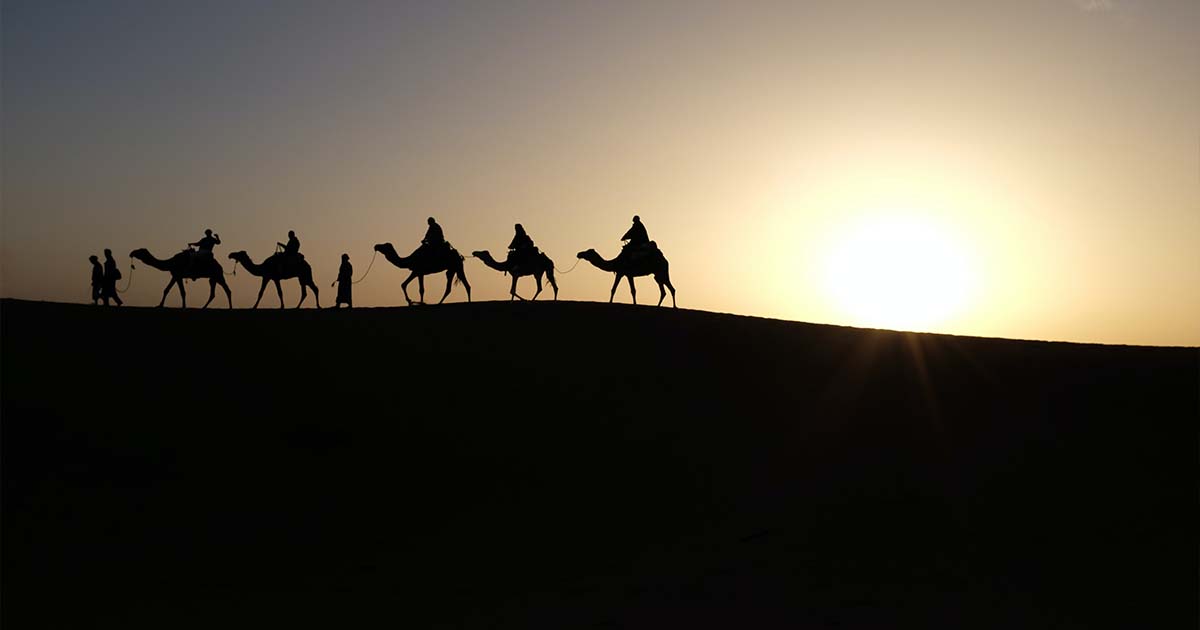 
Epiphany: an Overlooked but Important Day

Today could be the most significant Christian holiday that most Americans know about the least. Epiphany is set aside in the church calendar to remember the visitation of the Magi to the infant Jesus. The day’s name comes from a Greek word that means “manifestation.” Through these strange visitors, God’s gift of Himself to the world was first made manifest to the wider world.

Until recently, in much of the Christian world, gifts were exchanged on Epiphany, not Christmas day. A former BreakPoint colleague, who grew up in Puerto Rico, recalls neighborhood children leaving straw out for the Magi’s camels on the night before Epiphany.

Though most Christmas-time gift-giving today has largely shifted to December 25, what Epiphany commemorates is central to the Christian faith. Thus, it remains worthy of the Church’s attention.

Among those who understood this was Lew Wallace, who lived about as eventful a life as possible. Civil War buffs will tell you that he may have saved the Union at the Battle of Monocacy in 1864, when his forces delayed Confederate General Jubal Early long enough to prevent the possible capture of Washington, D.C. Later, as territorial governor of New Mexico, Wallace dealt with the likes of Pat Garrett and Billy the Kid.

Still, it was a reunion of Civil War veterans that led to that for which Wallace is best known today. A few years ago, this story was told on the FoxNews website by John Murray, head of Brookstone Schools in Charlotte and a commissioned Colson Fellow.

On the train ride to an 1876 reunion in Indianapolis, Wallace was reunited with Colonel Robert Ingersoll, a man known as the “great agnostic.” Ingersoll traveled across the country deriding and challenging people of faith. This time, he aimed his fire at his old comrade-in-arms, even though Wallace was mostly indifferent to his own Christian faith. Wallace would later describe their conversation this way,

“To lift me out of my indifference, one would think only strong affirmations of things regarded holiest would do. Yet here was I now moved as never before, and by what? The most outright denials of all human knowledge of God, Christ, Heaven, and the Hereafter which figures so in the hope and faith of the believing everywhere. Was the Colonel right?”

Determined to prove Ingersoll wrong, Wallace returned to a short story that he had written during the Civil War about the Magi, “who had captured his attention as a young boy — taking a ‘lasting hold on his imagination.” The conversation prompted Wallace to wonder again, “Who were they? Whence did they come?” Above all, “what led them to Jerusalem asking of all they met the strange question, ‘Where is he that is born King of the Jews?”

Starting with this meditation on the Epiphany, Wallace expanded his story, adding more meditations on the life of Christ. Eventually, in 1880, he published the finished work, about a fictitious Jewish prince named Judah Ben-Hur who discovered “the necessity of a Savior.” You probably know it as Ben Hur: The Tale of the Christ.

Ben Hur remained the best-selling American novel until Gone with the Wind, published in 1936. And, of course, it was the basis of the 1959 film starring Charlton Heston, which won eleven Academy Awards.

When Wallace died in 1905, he believed he had met Ingersoll’s challenge. Millions of Americans agreed. And, like the Magi before him and John Murray after him, Wallace’s reflection took the light of Christ to the world around him.

The rhythm of our society largely distracts us from “the true light, which gives light to everyone, (who had come) into the world.” It’s hard enough to see the Light in such a culture, even harder to fulfill our calling to take the light to others. A great way to start is by celebrating Epiphany. We’ve compiled resources at BreakPoint.org to help you do just that.

God has called the Colson Center to help Christians take the light of Christ into the world, specifically this one. So, take a minute to learn more about our podcast, the Colson Fellows program, and the upcoming Wilberforce Weekend.