Fail, Britannia: Alfie Evans and the Devolution of British Morality
Skip to content 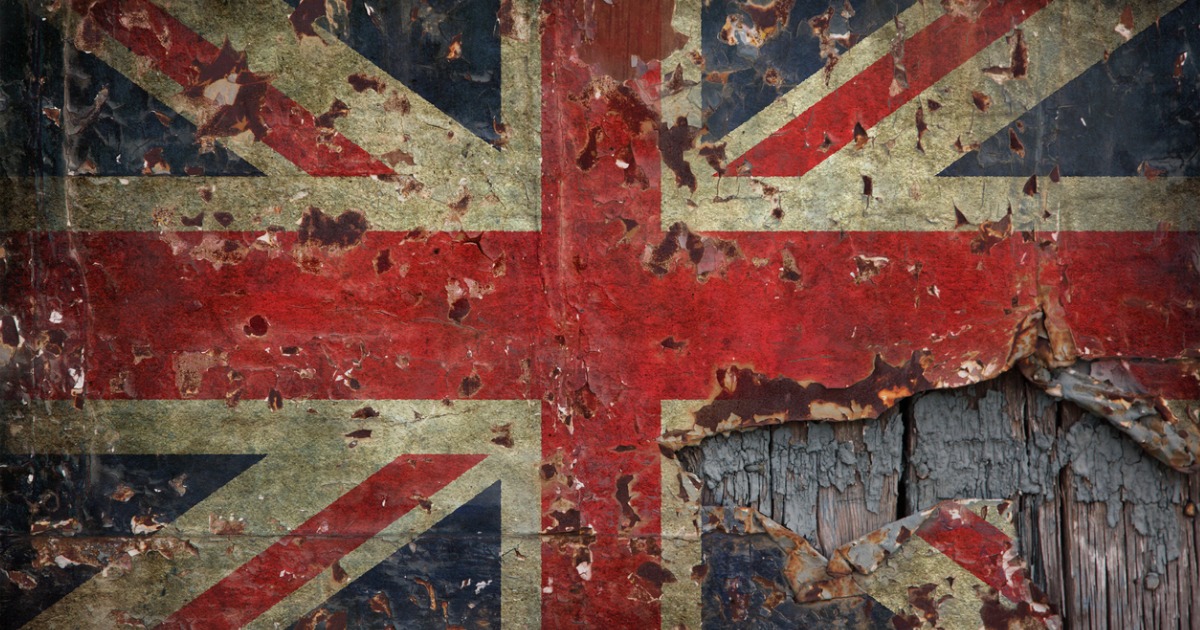 
Fail, Britannia: Alfie Evans and the Devolution of British Morality

In September 2001, in the wake of 9/11, the Prime Minister of Great Britain was an honored guest at the first joint session of the US Congress since the attacks. Not only had Tony Blair come to pay his respects, but he had, without hesitation, committed his nation’s armed forces to America’s cause. I had never been so proud of my British ancestry.

But now I find that I have never been so ashamed of that very same thing. Rather than making waves for a stand taken on moral grounds, Britain has inverted ethics by denying health care to a sick child and preventing his parents from seeking it elsewhere.

I’ve been an Anglophile my entire life. I don’t know if it’s my English descent or just that I watched too many World War II movies growing up where the plucky Brits took on the Nazis. Whatever the case, a lot of my pride has been wrapped up in being an American of British blood. No, I don’t have afternoon tea, I have a lousy fake-English accent, I don’t spell “color” with a “u” or “theater” with “re,” and I’m quite happy that the Yanks won the Revolution. Nonetheless, there’s a definite sense of “us” when I think of “them.”

That’s why the recent event “across the pond” is so unnerving. Facing up to the willful apathy of the British government to the death of Alfie Evans is rather like finding out that a good friend that you’ve always admired has been having an affair, embezzling from a charity, or otherwise leading a double-life. What’s more, it’s as though that respected friend had the temerity to justify his actions as morally superior.

While discussing this horrific case, a colleague noted that with all the bad news, he wished that people paid more attention to the small glimmer of good news. After all, the British government might have written off this little boy’s life as not worth living, but the Italian government and the Vatican had taken pains to save him, offering him citizenship and continued treatment at no cost.

That’s a good point; we really should remember the good in the midst of the bad. Yet there’s just something about this particular “bad” that makes it stand out. It’s more than bad. It’s shocking. It’s shocking not simply that a child’s life was deemed unworthy. Sadly, that sort of thing happens all the time. It’s shocking because of who did it.

Don’t get me wrong. Some pretty dastardly things have been done in and by Britain. You don’t get the drama of Shakespeare without some deep pathos behind it, and you don’t get the largest empire in history without crushing more than a few souls along the way. It is not for nothing that much of the inspiration for infamously bloodthirsty Game of Thrones flows from British history.

Even so, along with such terrors there have been threads to the British story which have helped lead humanity to a better place. Whether it has been through geographic accident, historical quirk, or the intentional application of biblical truths, Britain has been the scene of some of the greatest examples of the dignity of humanity over against the self-aggrandizing power of the state. This progress was not a sudden innovation but the product of generations of development.

For forty years, from the 1950s to the 1990s, Britain pushed hard against the tyranny of Communism, giving with their treasure what they’d given in blood against Nazism. We were all inspired in recent months by reminders of Britain’s legacy with movies like “Dunkirk” and “Darkest Hour.” In the summer of 1940, with its armies defeated, Britain could have given in. Safe behind the English Channel, they could’ve yielded the continent to Hitler and continued on as a diminished empire. But they didn’t. Instead they fought on, and they let their beloved London burn rather than surrender Europe to the tyranny of Fascism.

Two centuries ago, while America was hardening its stance on slavery, British aristocrats like William Wilberforce were working to end it. Combatting their own peers and status as elites, groups like the Clapham Sect strove for decades to bring the horrendous practice to an end, stopping the slave trade in 1807 and slavery itself in 1833. And this without requiring a civil war and the deaths of 700,000 people. The Royal Navy then used its formidable power to hunt down the manstealers feeding on the African coasts.

Long before the Founding Fathers of 1776 or Enlightenment philosophes dreamt of a government subject to the people, British political structures bent the power of the state beneath the value of the common man. Following the Bloodless Revolution of 1688, a constitutional monarchy was established in Britain, limiting royal power as the price of royal rule and guaranteeing civil rights unknown in the world. A generation before that, a nascent Divine Right monarchy was squashed and a short-lived proto-republic put in its place. Perhaps most famously, in 1215 King John, of Robin Hood fame, was compelled to sign the Magna Carta, severely curtailing his own power and setting the precedent for the decentralization of the state to come.

These moves were far from perfect, but they were a great leap forward in the quest for political freedom and liberty of conscience. When other nations were increasing the power of the state over the individual, Britain was pushing in the other direction, a direction where the state was limited to its proper realm and individuals’ rights were increasingly protected. The state was to have its place, but its power was never to be allowed to be so great that other spheres of society could not hem it in. The state was constrained by principles rooted in the importance of each person’s dignity before God.

How times change. Now, instead of speaking up for the individual in defiance of totalitarianism, left and right, Britain is incarnating the worst aspects of each by making the state the master of life and death. Instead of allowing that there are more things in heaven and Earth than are dreamt of by bureaucratic philosophy, they have had the hubris to suggest that the all-knowing elite is the possessor of all wisdom.

Instead of John Locke’s dream of a state limited to its proper functions protecting the rights of a free people, our British cousins seem to have opted for Thomas Hobbes’ Leviathan, a state with absolute authority and no check on its power. The path they have chosen cuts against the trajectory of British history and the biblical understanding of the state as the servant of God in Romans 13. In its place they have chosen the false god of Revelation 13 as self-existent and unrivalled authority.

Britain and the watching world have a choice before them. We can follow the road forward, encouraged by British history and the Christian Worldview, along the path where the state has its place but cannot go beyond it. This is the path of human dignity, liberty, and a just state. Or, we can turn backwards on this road, following the trends ancient and contemporary, along the path where the state takes up more and more space in life. This is the path of human depravity, slavery, and injustice enshrined in the state. The one leads to a place where the Alfie Evanses of the world have at least a fighting chance; the other to a place where starving him to death is seen as kindness.

Which way will we choose?