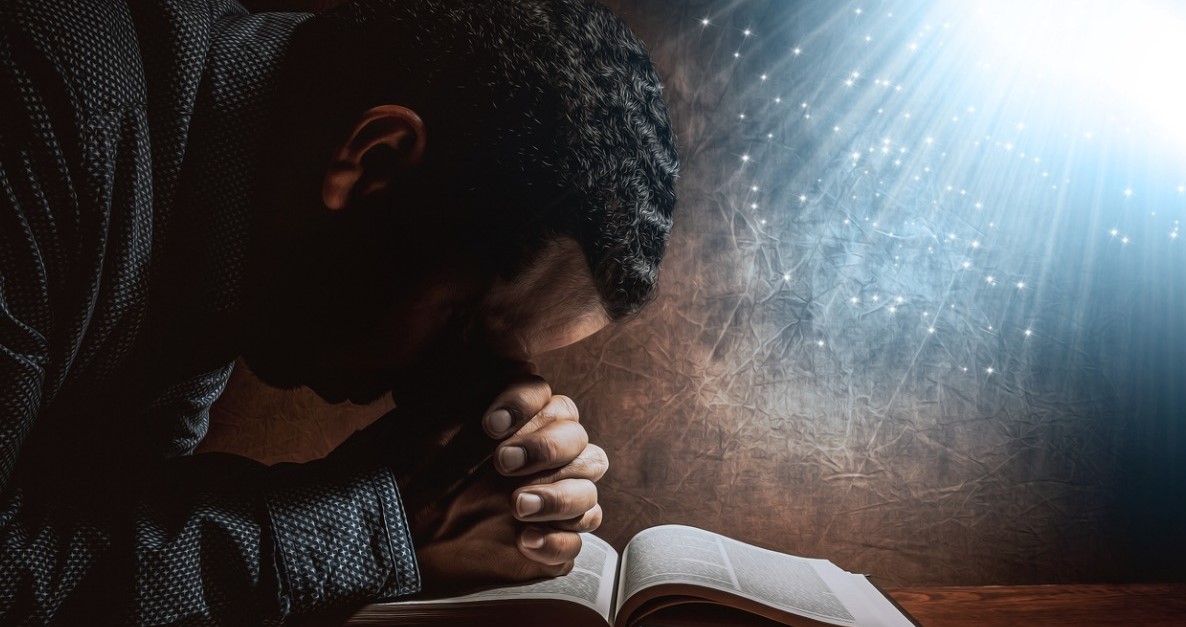 “The darker the night, the brighter the stars, The deeper the grief, the closer is God!” – Fyodor Dostoyevsky

Confession is kind of an odd thing. We all do it. Well, most of us anyhow. I guess there are some who don’t for one reason or another. Some of us don’t do it simply because we don’t think of it. The busyness of life and all. Then some of us don’t because our churches don’t have an obvious place for it. Hopefully none of us avoid it thinking that we haven’t anything to confess!

Now, we have to bear in mind that not everyone agrees what confession should look like, with some seeing it as a formal action between the laity and clergy and others keeping it for private moments with God. For some churches, like the Roman Catholics and Eastern Orthodox, confession plays a specific role in the believer’s life as members are required to confess to a priest (or sometimes a monastic) at least once a year.

For confessional Protestants like Lutherans, Anglicans, and Reformed groups, it is often a part of each Sunday’s order of worship, with the congregation as a whole giving a corporate confession, sometimes with a time of silence for personal sins. Low church evangelicals may have no specific place for confession, but accountability groups and pastoral counseling fulfill the same basic purpose. Regardless, there’d be few who’d argue against confession’s proper place in the Christian life.

But still, there’s something odd about it all. Just what is it that we think we’re doing? Informing God of something? Think about that a minute. Us. The teeny-tiny folks with the minuscule lifespans, fragmentary memories, and rampant self-delusions. We’re informing God about something? God. The entity that is in all places at all times with all power and all knowledge. We’re giving Him the lowdown about something? I don’t think so.

There is absolutely nothing that you or I could possibly tell Him that He doesn’t already know. He knew what you’d done long before you told Him. He even knew what you’d done long before you did it. He knew “before the creation of the world” all the sins you have committed, are committing, or ever will commit. He doesn’t need you to tell Him for Him to know it.

Or think about this a minute. When you confess, have you fully confessed? Have you remembered every last thing you’ve done wrong in your life? In the past week? In the past day? Let’s say, for the sake of argument, that you could remember everything that you’d done, that you could recall every instance where your actions (or inactions) fell short of God’s law, so far as you understood it. You’d still be faced with the problem of fully understanding that law. You’d still have to deal with the gap between your subjective awareness of your sin and its objective presence in your life.

Anyone who’s lived as a Christian for any length of time can tell you that there are things that they’ve done in the past that they didn’t think were wrong at the time, only to discover later that they’d missed it. They’d not seen what a selfish person they could be. Or maybe they’d chosen to take a principled stand on an issue only to find out that they’d been the ones who were wrong. They’d discovered, whether through general maturing or the sanctifying power of the Holy Spirit, that something they’d held dear was just another sin.

So, why do we confess? I mean, if we’re not telling God anything He doesn’t already know, and we’re not even telling Him everything that we’ve done, then what’s the point? Part of it is simply that it’s good for us. Spiritual leaders, Russian novelists and secular psychologists alike have been telling us for years that there’s something cathartic about getting things off our chests, that there is a drive within us that pushes us to struggle within our souls when we’ve done wrong and which will not fully be at ease until we’ve settled things. Oh, we can drown it in activity, or drink, or self-righteous philosophies, but it’ll be there, waiting for us.

That’s true, but it goes deeper than that. Yes, it’s important for us as moral beings to confess our wrongs, but, by itself, that’s not enough. We do need to unload our guilt, but we need more than mere relief. We need forgiveness. Secular confession might grant temporary catharsis, but it’s of no ultimate help for our fundamental problem. It is Christianity that brings this vital second part to confession. It fulfills both our desire to let guilt go, but it also points us towards our true solution, our true confession.

Paul’s letter to the Romans recognizes this basic impulse in all people, this desire to close the gap between our principles and our behavior. It is this urge to declare our wrong and to have it made right that is the basis of much of religious practice throughout history and the means by which God draws many to Himself. Paul writes that we do not live the way we know we ought, but then he doesn’t leave us simply venting our guilt but directs us towards the redemptive work of God in Christ.

We see this, too, in the Psalms. There are the obviously confessional Psalms where someone lays before God what he has done wrong and finds both relief and renewal. But there are others where we see the refrain of coming to the House of the Lord. The Psalmist, whether David or another, often declares his despair, saying that just by himself, he cannot see his way through. He cannot see how God is good or how he is wrong. Then, he comes to God.

He participates in the acts of worship, offering sacrifices for his sin, remembering his sins and the sins of his people, remembering the way God had provided for him and His chosen ones. In the end, his faith is restored, and his soul is refreshed. By recalling his sins in the context of God’s past and promised provisions, the sinful yet saved Psalmist lives out the entirety of God’s work in him.

It’s about more than emotional release. When we confess, we yield up our burdens. When we do this as individuals, we give up the illusion that we’ve got it all together. When we do this as a group, we drop the expectation that we’re more moral than our neighbors, even as we escape the fear that they’re more moral than us. We give up the idol that we can ever be good enough to merit God’s favor, let alone His blessing. Christian confession entails trust in the promise of God’s provision of salvation; it’s moral renewal granted by God Himself.

In confession we live out the gospel in miniature. We reenact the entirety of the Christian Worldview: Creation, Fall, Redemption, and Restoration. When we confess, we declare that there is a good way to live, that God has created this world, and called humanity to act in a certain way. We further declare that we have not done so, that we have fallen from His creational goodness. When we confess, we’re giving up the pretense of innocence before the judge of all the Earth.

When we confess to the God who judges us for our sins, we’re also confessing to the One who is working to redeem what we have spoilt, who reached out to fallen humanity and promised a savior, who came in the person of Christ and provided salvation. We’re trusting in his self-revealing Word that He will forgive all who put their trust in Him. We’re trusting that the work He has begun in us and in the world will come to a full restoration.