Fealty to the True King - BreakPoint
Learn how to make abortion unthinkable by giving your gift of any amount today!
Skip to content 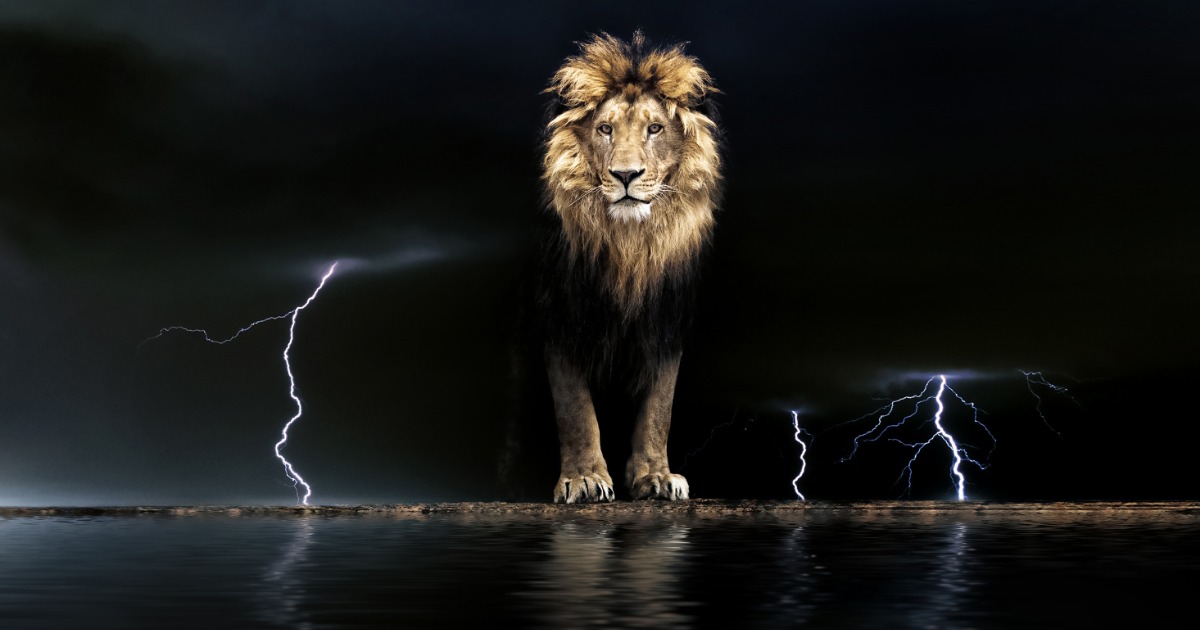 
Fealty to the True King

When Joshua was by Jericho, he lifted up his eyes and looked, and behold, a man was standing before him with his drawn sword in his hand. And Joshua went to him and said to him, “Are you for us, or for our adversaries?”  And he said, “No.” – Joshua 5:13-14a

In America today, we have one loud segment of the population that assigns virtue on the basis of who has been more greatly offended, while another equally vociferous faction has done the opposite, granting virtue to those who most offend. The messaging may sound different, but the core meaning remains the same; we want someone who will be our voice in a hostile world, to be a champion for our cause, our tribe, in the winner-take-all battles before us.

Many Americans today are choosing their political leaders not because of their demonstrable skills and experience, nor for the practicality of their proposals or their wisdom and insight. Instead, we’re looking for avatars, those who can speak up for our interests and enter the arena on our account, returning with our treasures held by the all-powerful “other,” whoever that “other” might be.

As much as this may resonate with our contemporary vibe, I think we’d all admit that this isn’t the most accurate reflection of the Christian Worldview when it comes to government and politics. Rather than look for the hero who can speak our words and fight our battles, we have to start looking at the state as the Bible speaks of it and following the pattern established in God’s word.

Christianity and the state have always had a difficult relationship. At one and the same time, Christians are called to submit to the state in all its legitimate claims, and they are called retain our loyalty to Christ in all things, even at the cost of their lives at the hands of that same state.

Over the centuries, Christians have danced back and forth between monastic withdrawal from the realm of government to obsessive involvement. At times it has been the church hiding away from the reach of political intrigues, and, at others, it has been the church’s own tentacles grasping for thrones and principalities. Despite this long history of involvement, we’ve never quite gotten the hang of it.

Sometimes, it all seems rather pointless. How are we supposed to act with integrity for God in a world so filled with partisanship, moral compromise, and anti-Christian worldviews? Do we hold our noses and choose the lesser of two evils, or do we stand apart on principle? How do we make the right choice when everywhere we look we see wrong?

The appeal of cynicism here can be overwhelming, and this despair can lead us to two diametrically opposed actions, to hide from the sins of politics for the sake of our own souls, even if it means refusing to help solve the world’s problems, or to say “everybody’s doing it” and join in with gusto and become the very problems we’ve sought to constrain.

Unfortunately for our self-pity, but fortunately for our sanity, the Bible doesn’t let us get away with either of these two options. If we’re going to call ourselves Christians, we cannot stay above the fray by isolating ourselves from the nonsense, but neither can we join in the corruption, adding our theological and ideological distinctiveness to the world’s own.

Few Christians of an earlier era could do anything to affect the direction of their monarchical regimes, but, as citizens of democratic republics, we have a leadership role as voters, however small our voice might sound. It’s easy to think that the endemic corruption and malice of today’s political world excuses us from doing our part but think about this: Paul wrote Romans 13 when Nero was Caesar, Daniel served not one but two pagan empires, and Joseph worked for the idol-worshiping pharaoh of Egypt. God calls His people to live in this immoral world even as we take our lead from a source not of it.

So, what does the Bible say about the state? Since God’s word covers the totality of the human experience, it’s no great surprise that politics plays a role in the biblical story from time to time. The image emerges of the state as having a definite, yet limited role in the divine plan for humanity. Its purpose is not illegitimate, nor is its purview unconstrained.

We see in Genesis 9 that God calls on human institutions to act in a restorative way. When an injustice has been done, the state is called upon to reciprocate, offering not revenge but recompense. Yet, this authority is not to be infinite or unaccountable. In Deuteronomy 17 we see that the power of the state was to be constrained in its abilities and bound to a purpose higher than its own existence and expansion. Luke 20 gives us Christ’s famous dual duty for His followers: Christians owe a measure of fealty to the state, but this allegiance has its limitations.

Then, in I Peter 2, the Apostle highlights this contingent nature of the Christian’s civic affiliation. On the one hand, we are to submit ourselves to the authorities over us by the will of God, but, on the other hand, the pretensions of the state to divinity are pruned as the same word, “honor,” is used to describe our duty to the state as is used of our duty to “everyone.” The state has its purpose, but its reach and domain are never limitless.

Perhaps the best way to see this is to examine the dynamic between Romans 13 and Revelation 13. The first is the classic biblical proof text telling the Christian to obey the state. Using the same word to describe the government as he does to describe his own role as a “minister” just two chapters later, Paul describes the state as the divinely ordained servant of God.

However, in Revelation 13, the state is no longer shown as God’s minister but as God’s attempted usurper. Instead of keeping to its proper place as part of human society, the state, and those who embody it, begin to see it as the summation of existence, a power without boundary on Earth or even in Heaven.

So, what do we do? The first thing we have to do is to keep this tension in mind in all our political decisions and discussions. The state is not the enemy of the church, in and of itself, nor is it the incarnation of Christ’s rule on Earth. If we begin to think that getting our guy into power will fully save us from the effects of the Fall or that failing to do so will bring Fall 2.0, then we have moved into Revelation’s the state-as-beast territory.

The purpose of the state is not to bring about the New Heavens and New Earth or even to create human society. Instead, it allows for human society to exist. It’s here to preserve basic order and enforce justice so that human flourishing may occur. The state is like high walls around a garden, keeping out pests and predators alike. It’s not the garden itself but the thing that allows for the cultivation of human life in a way impossible in the absence of security.

One beautiful thing about the passage from Joshua quoted at the start is the way the Angel of the Lord puts Joshua in his place. Not unreasonably, after encountering a strange, armed man at night, Joshua asks whether this outsider is his on team or his enemy’s. Then Angel replies simply “No” or “Neither.” This being, this commander of the Armies of the LORD isn’t for Joshua, for Israel, or for any other human faction. He is for the LORD.

However, the Angel doesn’t leave Joshua as he was or continue in splendid isolation from the messy affairs of humanity in conflict. He provides Joshua with detailed plans about how to manage Israel’s next military campaign. You see, the kingdom of God isn’t dependent on our political maneuvering. He isn’t for us, but that doesn’t mean that He isn’t interested in us or proactively involved with our behavior, even our political behavior. This passage allows us to become involved in the muck and mire of politics without finding our identities in every poll or policy dispute that comes our way.

Your party winning won’t usher in the Eschaton, and your opponents’ victory won’t bring on a new Dark Age. Keeping our focus on the limited role of the state and the enduring testimony of God’s Word grants us the freedom to work for the common good without fearing compromise with the all too ordinary evil of politics. God Himself has ordained the state as an element of society. Our attempts to equate it with His kingdom or as the totality of society inevitably lead to rancor, tyranny, and idolatry.

There is one King who is the full incarnation of the Kingdom of God. When we give full loyalty to human rulers, political parties, or even nations, we rob God of His rightful glory and deny ourselves the blessings He offers in His divinely ordained, but limited, offices of state power.

Christians in Politics
Church and State
Government
Politics
The State