Franklin Graham and Evangelicals Aren’t the Ones Obsessed with Sex - BreakPoint
Join us in helping to equip and renew the Church with a Christian worldview by giving before our fiscal-year ends!
Skip to content 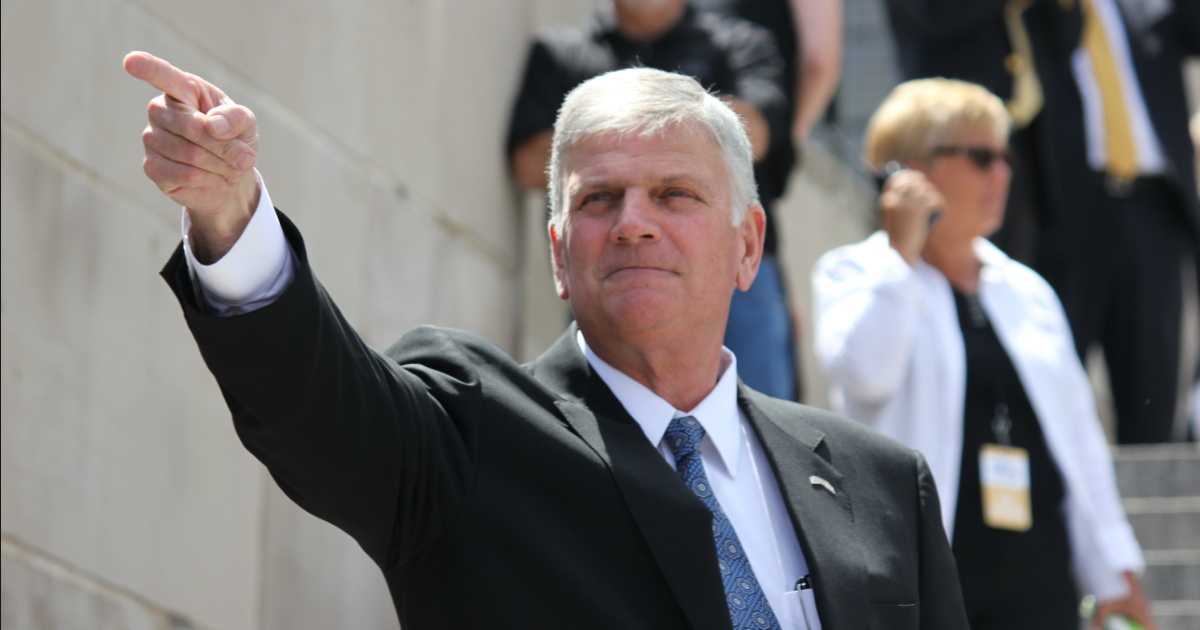 
Franklin Graham and Evangelicals Aren’t the Ones Obsessed with Sex

A few years back, the late Rachel Held Evans wrote an opinion piece at CNN on why millennials are leaving the church. As a left-leaning Christian, she took it upon herself to speak for her generation. One of the explanations she offered for the millennial exodus from the pews was evangelicals’ preoccupation with the “culture wars,” especially sex.

“[T]he evangelical obsession with sex,” wrote Evans, “can make Christian living seem like little more than sticking to a list of rules…” She added that “We want to be challenged to live lives of holiness, not only when it comes to sex, but also when it comes to living simply, caring for the poor and oppressed [and] pursuing reconciliation…”

Fast-forward to 2020 and the coronavirus pandemic, and no one has more clearly embodied the ideal of service-over-sermons than Samaritan’s Purse, the evangelical medical charity run by Franklin Graham. Early in New York City’s COVID-19 outbreak, Samaritan’s Purse set up an ICU in Central Park to treat overflow patients, mostly from Mount Sinai Hospital.

From almost day one, the ministry was beset with criticism, not from the over three-hundred patients who were treated by their personnel, but from city officials, journalists, and LGBT activists who were worried about (you guessed it) sex.

City Council Speaker Corey Johnson called Franklin Graham “notoriously bigoted,” and “hate spewing.” Protesters with the Reclaim Pride Coalition marched around the field hospital with signs demanding “help, not hate.” The New York Times quoted one member of the coalition who said the very presence of a non-affirming Christian charity has made the city’s LGBT community feel “personally attacked and personally at risk.”

Religion News Service reporter Jonathan Merritt added his voice, sounding the alarm over Graham’s long “history of bigotry,” and stoking fears that his traditional Christian views might “open the door to substandard care or even discrimination.”

Local news site AMNY struck an even more ominous note, warning that “Samaritan’s Purse intends to inject its religious beliefs into the organization’s work, raising more red flags about the groups intentions in Central Park.” The piece went on to quote one “genderqueer comedian and author,” who described the cluster of white tents filled with Christian medical personnel as “scary as hell.”

Under all this pressure, NYC mayor Bill de Blasio ordered the city’s Commission on Human Rights to investigate the field hospital, looking to ferret out discriminatory practices against gay, lesbian, and transgender patients. That investigation closed on Friday, having found “no evidence that [Samaritan’s Purse] had discriminated against patients.”

After all of this melodrama, and with 333 patients treated, you’d think a headline vindicating Samaritan’s Purse would be in order. Perhaps even an apology or a “thank you.” The New York Times wasn’t interested. In its article about the charity wrapping up Central Park operations, the lede is buried sixteen paragraphs deep.

Readers must muddle through a misleading headline and an exhausting rehearsal of the “concerns” about Graham and his organization before we learn that the investigation didn’t uncover a single instance of discrimination. (After admitting this fact, the article gets back to the real business of reciting concerns about discrimination.)

Under all this pressure, NYC mayor Bill de Blasio ordered the city’s Commission on Human Rights to investigate the field hospital, looking to ferret out discriminatory practices against gay, lesbian, and transgender patients. That investigation closed on Friday, having found “no evidence that [Samaritan’s Purse] had discriminated against patients.”

The substance behind all this sound and fury was, of course, the fact that Samaritan’s Purse holds a traditional Christian view of sex and marriage and requires its members to subscribe to that view. One does not have to be a fan of Franklin Graham’s political activism (I am not) to see how overwrought this objection is. It amounts to a demand that Christianity as all churches have understood it until the last few years be expunged from public life.

It is an obsession with sexual issues bordering on paranoia—a John Nash-level fixation not content for Christians to quietly do good work in a community while keeping their views to themselves. No, this progressive pharisaism considers the mere touch—nay—the presence of Christians with aberrant sexual beliefs as infectious; more so even than the pandemic Samaritan’s Purse spent the last two months fighting.

There are two lessons we should learn from this spectacle. The first is that all the op-eds calling on evangelicals to drop the culture wars and get down to the real business of serving people were so much smoke-blowing. Christians have served people in the midst of the coronavirus pandemic—spectacularly and selflessly, in fact—and progressives still hate us.

The real demand here is not that we stop obsessing over sex but that we conform our beliefs about sex to the new political orthodoxies. This we cannot do. Happily, caving probably wouldn’t have helped our church attendance, anyway. The denominations most closely following progressives’ advice are cratering.

Secondly, we should take this as a reminder that love of neighbor is not a strategy. It is a command. Please don’t misunderstand: Many people who were treated at the Central Park field hospital have probably warmed toward Christians as a result. This is part of what a good witness often does.

But serving people and caring for their earthly needs are not primarily means of persuading them to join our cause. They are primarily expressions of who we are and who our Lord is. And if they result in no earthly reward, that’s okay. We didn’t do them for a reward. Which means Franklin Graham and co can take comfort as they’re practically run out of the city despite officials having found no fault in them. In that they’re in very good company.