God Continues to Work Behind Bars - BreakPoint
Learn how to make abortion unthinkable by giving your gift of any amount today!
Skip to content 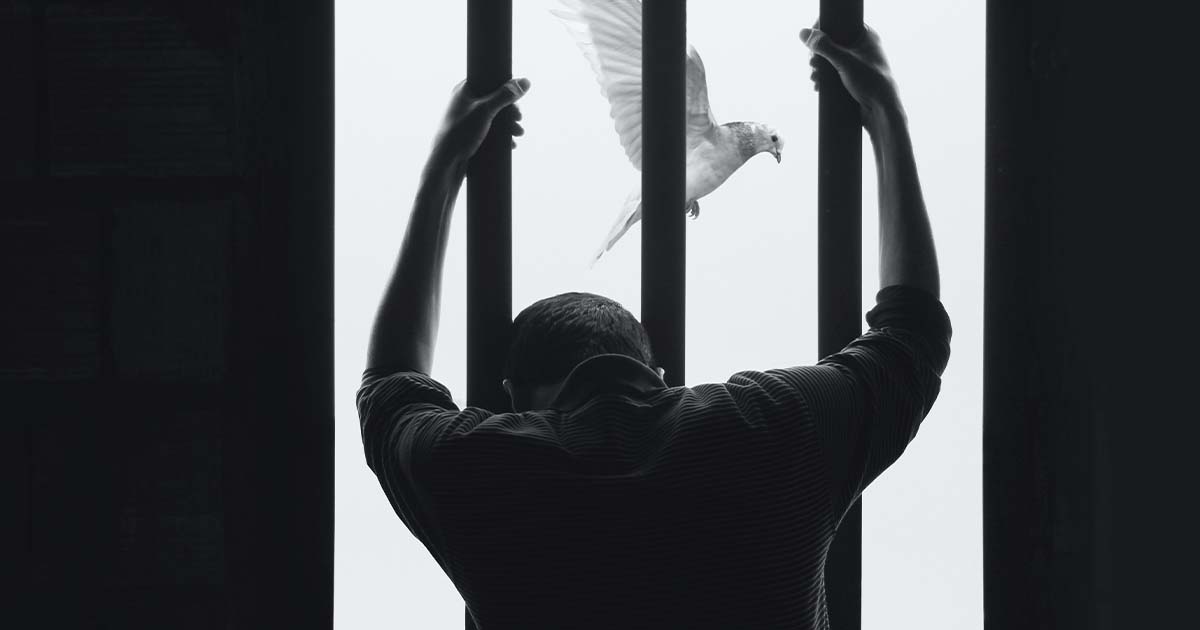 
God Continues to Work Behind Bars

God has a long history of working inside prisons. The very first book of the Bible describes how God granted Joseph favor with a prison warden, something that eventually led to the saving of his family, the saving of Egypt, and the preservation of God’s promises to establish the nation of Israel. The book of Acts gives several accounts of God working in prisons. For example, after Paul and Silas were miraculously released from jail in Philippi, the jailor and his whole household converted. And, Jesus Himself said that those who visit and care for prisoners are actually visiting and caring for Him.

Of course, the founder of the Colson Center knew firsthand how God worked behind bars. Chuck Colson devoted much of his life to working with inmates, wardens, and justice systems, as well as with policymakers and family members of those incarcerated. Today, Prison Fellowship is the largest and among the most effective and well-respected prison ministries in the world.

God is still working in prisons, as a recent news story from Religion News Service demonstrates. What Rodrigo Abd and German De Los Santos describe as taking place in an Argentinian prison, most of us would identify as a revival: evangelical Christians taking over entire cell blocks in one of that country’s most crime-ridden cities.

Rosario in Santa Fe Province is the birthplace of Communist revolutionary Che Guevara. Drug dealing and murder are common career choices there. Many young men end up as assassins, serving drug lords who, according to one prosecutor, often run their networks from within overcrowded prisons.

These drug kingpins now face competition from, believe it or not, evangelical preachers. In addition to witnessing and making converts, these preachers are effectively starting their own prison units run by the inmates. Unsurprisingly, their units tend to be safer and calmer, with their own rules against fighting, smoking, alcohol, and drugs. Offenders are dismissed. Reportedly, there’s not been a single riot in units where the evangelicals are in charge, and residents block the frequent attempts by prison gangs to infiltrate them.

“We bring peace to the prisons,” said one minister who helped establish these units. “And that is better for the authorities.” (Not to mention, it’s better for the inmates, too!). Another pastor explained, “We don’t use knives, but the Bible, to take over a cell block.”

And, since prisons are often prime recruiting grounds for gangs, a revival behind bars will likely bring positive, long-term change to the broader community.

Incredibly, 40% of Santa Fe Province’s inmates now live in these Christian communities that exist “behind bars.” Not only are residents finding greater peace, many are also granted greater freedom. One former hitman and convicted murderer, Jorge Anguilante, is allowed to leave prison every Saturday for 24 hours to minister back home at a church that he started. No one seems afraid he will escape. As he told reporters, his life as a contract killer is “buried,” and Jesus has made him “a new man.”

In the late 18th century, American founding father Benjamin Rush started the world’s first prison reform organization. He saw it as a noble and enlightened experiment that would improve both the lives of inmates and society as a whole. Chuck Colson was clearly motivated by the thousands and thousands of individual lives that the Gospel changed through the work of Prison Fellowship, as well as his conviction that “the church being the church” could be a redeeming force across society. For Chuck, that included the church behind bars.

At the heart of a Christian worldview is Christ’s work of redemption and renewal, an invitation not only to the respectable and law-abiding but to the outcast and criminal, and to those Paul called the “weak” and “foolish.” It’s available to anyone who, like the thief on the cross, will look to the Lord Jesus and say, “Lord, remember me.”

Clearly, Christ is remembering those calling on Him from a prison in the Santa Fe province in Argentina.