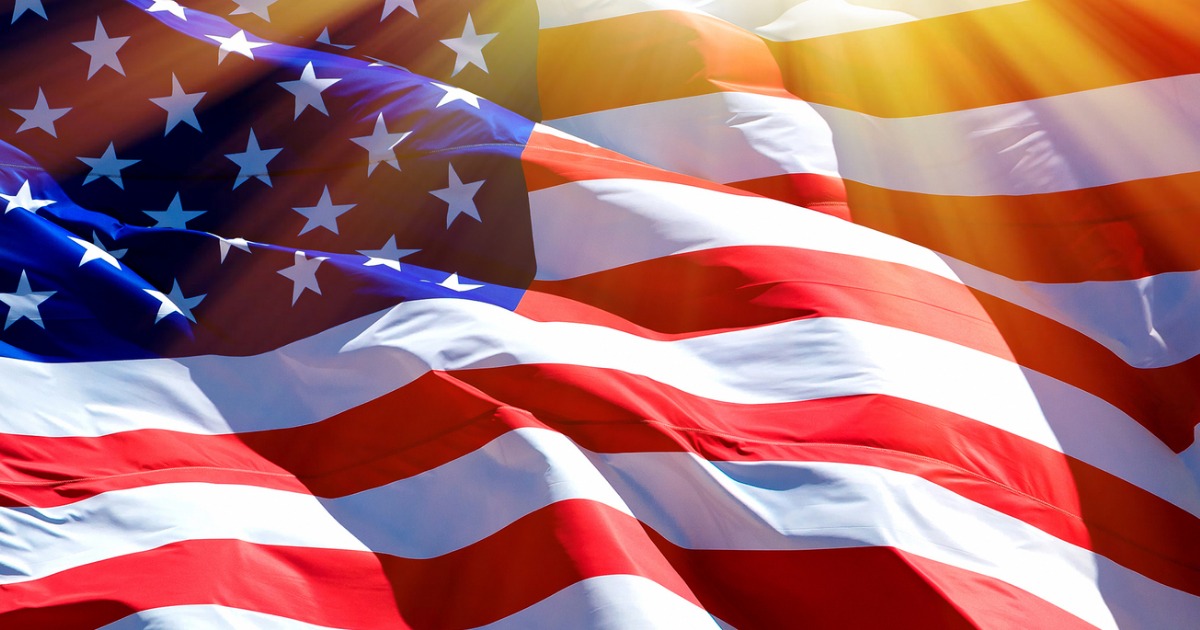 “I’m bullish on America, too, compared to some of the alternatives. But I’m also bearish when I read the word of God and measure it to the contemporary drift.” – Carl F. H. Henry​, 1979

Every year at this time we are treated to a pair of dueling views on our country. Like feuding siblings who cannot bear to be compared with one another, they are willfully ignorant of their shared parentage. The great irony is that, despite the fact that they have apparent little in common in terms of focus and content, they share one singular and unassailable conviction. Tacitly or overtly, they possess the assumption that America is somehow special in human history, that it is either uniquely upstanding or uniquely guilty in the eyes of God.

One whitewashes the guilt of our past sins and sacralizes our most mundane history, while the other darkens even our best moments and secularizes our most clearly religious elements. Both act as though God’s eyes are on this land in a way unlike they are for any other nation, either in remarkable blessing or remarkable judgment. In this they share an inflated sense of the priority and concerns of these United States.

From one side we hear that America is the greatest land in history and that our glory flows from our special relationship with God. From the other we hear that America is the worst land in history and our depravity flows from our presumption of a special relationship with God. The first looks to the best of our history: the triumphs of liberty, the priority of the individual, the promise of freedom, the wars of liberation. The second looks to the worst: the enslavement of Africans, the obsession with the individual, the failed promises and treaties, the winning of the West.

It’s the sort of thing where the one feeds off the other. They’re caught in a reciprocating loop where the statement of one group elicits a strong denunciation from the other. This, in turn, creates its own denunciation. It seems that every true statement that the Declaration of Independence is a glorious inscription of the dignity of all human beings must be answered with an equally true statement that this universal dignity was rather lacking in its universal application when it came to certain human beings. Then, with every exaggerated tale of the supposed devoutness of the Founding Fathers comes the equally exaggerated account of their total and complete faithlessness.

So, what’s the truth? What sort of country is this land of ours?

Was it founded by those who were greatly influenced by ideas flowing from the biblical view of men and women, church and state, the group and the individual? Or, was it instituted by men heavily indebted to the principles of the Enlightenment? Is America the place of great race-based injustice, or is it the place where multiple races have lived together in remarkable harmony, given the global alternatives? Is America the place where immigrants can come with nothing and end up with great prosperity, or is it the place where the outsiders and newcomers have faced hostility in each wave of immigration?

The answer to each of these questions is, “yes.”

The ideas about the dignity of each and every human being, the concepts of liberty of conscience and limited government and the creational equality of all men; these were indeed talked about by the philosophes of the Parisian salons in the 1700s, but they’d been asserted by French, Dutch, and English religious thinkers a century earlier. The Founding Fathers may not have cited the works of these earlier theologians, but without this biblical understanding of human nature, the ideas of liberty would never have taken root in this land.

Over the course of their history, Americans have been willing to forcibly enslave Africans in the most brutal way possible, to dispossess Native Americans again and again with no thought to previous agreements, and to sentence loyal Japanese Americans to internal exile while letting other enemy aliens go about their business.

Yet, it also the place where the nation went to war with itself significantly to end race-based slavery, all at the cost of over a half-million American lives. It’s the place where each of these ethnic offenses required Americans willfully to deny the plain implications of their own dearest ideals,  as it was, arguably, the first nation-state founded with no formal ethnic component.

Our history tells a similar tale when it comes to new arrivals. To put it mildly, immigrants to the Land of the Free have not always had the easiest go of it, and this is not a new phenomenon. Some folks, “real” Americans, have trouble with the idea of newcomers entering the land, threatening to take away jobs, change our culture, and pollute our purity. With every new round of applicants to our little colony, the opposition was the same.

Yet, it is a rare native-born citizen who can claim an undiluted lineage of equally native-born ancestors. What’s more, yesterday’s newcomers became tomorrow’s natives as previous immigrants intermarry with even earlier groups, making hated foreigners family and fellow citizens.

Lest anyone think that I’m painting too rosy a picture and suggesting that all’s well that ends well, let’s keep a few things in mind. First, just because things like slavery are illegal now, the horrors of those years were real enough for far too long and their legacy afflicts us down to the present. If we feel free to embrace the good things of our past, a past we did not participate in, then we must equally all share in our collective shame, even if we were not present then either.

Second, while we may have made some amends for the sins of our past, we can hardly claim that we’ve entered a golden age. Slavery, genocide, and internment may have ended, but racial strife confronts us nearly every day. Our cultural perceptions of human dignity are far more aligned with the Imago Dei than in 1776, but we now celebrate expressions of human sexuality so inconsistent with biblical morality that our ancestors would’ve reasonably been ashamed to associate with us. We can be rightly proud of our military ending the totalitarianisms of the 20th century, but the bloodguilt for 60 million of our own children endures as indelibly as it did on Lady Macbeth.

Here’s another question for you. Are you a person who is wonderful and full of compassion, or are you a person who is petty and selfish? Are you someone is generous with your time and material resources, or are you someone who can’t be troubled with the mess of others? I’m betting your answer is about the same as mine. A bit of both. We’re constant reflections of God whose image we bear; we’re also constant reflections of Adam whose sin we carry.

Here in the United States we’ve managed to do some pretty impressive stuff, for good and ill. We can look at the Declaration of Independence, the Constitution, and the Emancipation Proclamation as high points in our history and even human history. We’ve created the greatest level of prosperity of all time, more wealth for more of the population than would’ve been conceivable to the Founding Fathers. But, we’ve done some pretty awful things, too. There are events in our historical memory that should rightfully shame us and there are ongoing sins for which we may indeed face divine judgment.

Let’s rejoice for the very real things that make us wonderful and mourn for the things which made and make us despicable. But, as we do each of these, let’s have our standard for this judgment and our hope for a better tomorrow be God’s will and word. Then, without fear of either sort of self-importance, we can honestly pray, “God Bless America!”