God's Creation and LGBTQ Fideism - BreakPoint
Join us in helping to equip and renew the Church with a Christian worldview by giving before our fiscal-year ends!
Skip to content 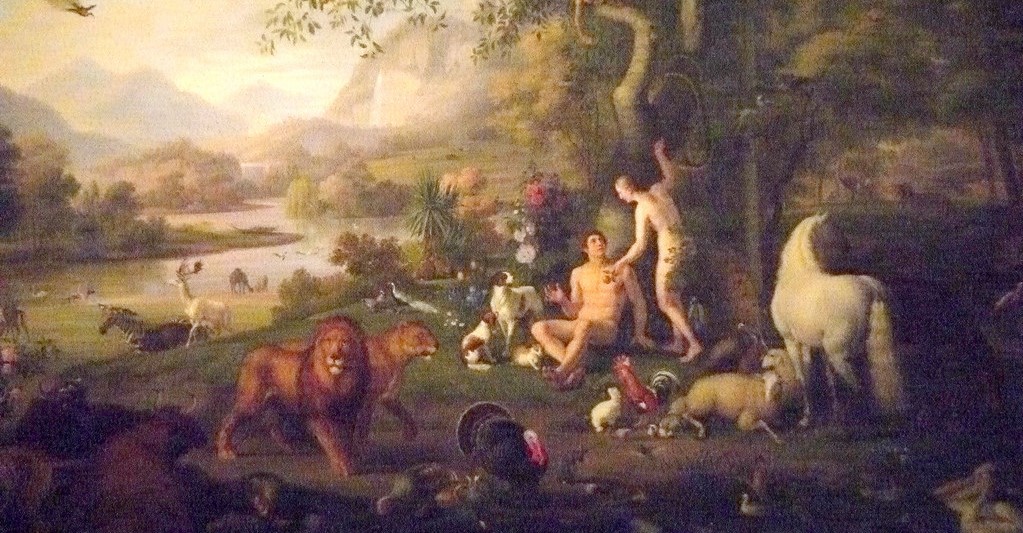 So God created man in his own image, in the image of God he created him; male and female he created them. – Genesis 1:27

Trust in the Lord with all your heart, and do not lean on your own understanding. In all your ways acknowledge him, and he will make straight your paths.– Proverbs 3:5-6

How many times have you heard, “Can’t you Christians talk about anything but sex?!?!?”?

I’ve no doubt that this is true in a great many ways, but it’s rather a strange accusation, isn’t it? It’s kind of like a librophile complaining that someone has too many books. Everywhere we look in the news these days, we see someone “transitioning,” coming out as bisexual, or saying it’s unscientific to think that biology matters when it comes to gender. In the contest to be the most obsessed with sexuality, the church must happily yield pride of place to our sensate age.

This really shouldn’t surprise us. We live in an age when the only rule is never to put any constraint on anyone’s unfettered freedom, when the mere suggestion that there could be another way, a better way to live than following one’s transitory feelings is anathema. Any such heresy to our new reigning orthodoxy will not be tolerated by the guardians of tolerance.

What’s a bit more surprising is when Christians begin to buy into this same groupthink. Oh, a lot of them think they’re being quite brave. In their quest to show the world that “this is not your father’s Christianity,” they’ve moved well beyond Our Father’s will for human sexuality. So many of the pseudo-progressive pundits see themselves as standing up to the Goliath of an overly restrictive conservativism in the world and the church, when, in reality, they’re pushing against the open door of our culture’s dominant libertinism.

Sadly, as much as we might wish it otherwise, it’s not only the fringe groups who are challenging tradition when it comes to sexual ethics. For many otherwise classical Christians, questions of gender and sexuality just aren’t a priority. Maybe it’s because they’ve bought into our age’s moral agnosticism and don’t want to impose their views on others. Maybe they just want to downgrade not necessarily the sinfulness but the church’s focus on LGBTQ issues. Or, maybe, they recognize that biblical ethics aren’t the popular thing just now and that talking about this part of God’s law will lose us the chance to share God’s love.

Whatever the cause, the effect is that concern over homosexuality gets put on hold in many Christian circles. Now, there’s a lot to be said for being careful with how we present God’s Word to people. The problem is that we can only go so far in speaking gently before we’ve gentled ourselves right out of the truth, before our accommodation to people’s sensitivities becomes accommodation to their desires.

So, what’s the right thing to do? It comes down to whether or not sexual morality really matters. Should believers continue to lovingly challenge the ever-expanding acronym of LGBTQ, or should we let such questions settle into the background of Christianity as adiaphora, issues secondary to the faith which can be tactfully ignored by virtue of their insignificance?

The reason we should not do this and must instead maintain the traditional stance is two-fold. First, to abandon this position would be to abandon the clear testimony of the Scriptures. While there is no space here for an exhaustive study, the short version is that at every point where homosexuality and related issues comes up in the Bible, it is condemned either overtly or indirectly. Unlike some aspects of the Old Testament laws which were explicitly abrogated or otherwise no longer applicable, the New Testament again and again reaffirms the enduring illegitimacy of homosexual behavior.

This would be true for any sin, but LGBTQ is about more than sin. And this is the second reason for holding the line. We’re not talking about a violation of one rule among many but a significant philosophical move. The changing attitudes in the last decade is more than a different stance on one lifestyle as opposed to another. It’s a major worldview change, from one way of understanding of the world, human nature, and ourselves, to another way, a way fundamentally at odds with God’s testimony in creation.

Think of it like this. A mountain climber recently rejoiced at an admittedly great accomplishment. She’d just finished the “Seven Summits,” the highest peaks on each of the seven continents. As cool as that is, that’s not why she’s celebrating. She’s not the first person to do this or even the first woman. She is, however, the first gay woman to climb every mountain.

Upon reaching the top she declared, “Nature doesn’t discriminate. Love is love.” She meant, presumably, that the mountain didn’t care if she was gay, straight, or what-have-you. All that matters is that you make it to the top. Here the thing: she’s absolutely right about this, except that she’s entirely wrong about what it means. It’s true that the mountain doesn’t care about her sexuality. The mountain doesn’t care about anything at all. Nature doesn’t discriminate, and pretending it did would’ve sent her to her grave.

The gravity dragging you down to your death as you slip over the precipice doesn’t care if you identify as a non-falling person. The cold sapping your strength through hypothermia has no opinion regarding your self-view as a polythermal being. The frostbite rotting your fingers and toes gives no thought to your rejection of healthy/harmful body binaries. Our self-perceptions carry precious little weight compared to the hard-edged realities of the world.

How’d we get to the point that we thought it did? In ancient times, people came to a knowledge of the world and their place in it primarily through tradition and authority. What started as a question of survival – “Don’t eat those berries. The best water comes from that stream,” – eventually became metaphysical – “You are of this clan. We follow these gods. Here is what is right, and here is what is wrong.” Ethics and morality were not found but received. This wasn’t oppression; this was survival. Irregular harvests and scanty resources allowed little room for life as a journey of self-discovery.

As the modern era arose, tradition and authority gave way before observation and individualism. Finding that the wisdom of the fathers was not always right, humanity began to search the physical world for meaning, ethics, and truth. The sun didn’t go around the Earth. Atoms weren’t the smallest things in the universe. We didn’t have to live the way our ancestors did just because that’s the way it’d always been.

This was a big philosophical change. No longer was it enough to believe what you’d been taught; you had to go out and discover it for yourself. You needn’t rely any longer on the testimony of others, but you could challenge them, test them, and see for yourself if what they said was true, if what they said fit with the world out there.

Today, we’ve made another move along this uneven path. Our abundant wealth allows us a measure of distance from life’s unmalleable edges and into this gap we have poured our dreams. Now, the quiet testimony of our hearts is louder than any antiquated prescriptions of morality. The projected impression of our inner selves is more real than any outside constraints of biology and chemistry. Today, nothing matters in terms of worldview, morality, or anything else so much as what your inner voice says.

Like nearly any recent children’s movie will tell you, if you want to be happy, ignore the naysayers and follow your heart. If I believe that I ought to be an artist, then society must see to it that I can be one. If I feel the need to backpack around Europe to find myself, then my parents ought to pay for it. If I see myself as another gender than what my physical characteristics would indicate, then anyone who disagrees with me ought to shunned and penalized.

The dominant cultural voice on sexuality is the philosophical equivalent of believing in a rabbit’s foot or Dumbo’s feather, a token with no power of its own yet supposedly enabling us to defy the reality of nature. It’s Fideism, the idea that it is the power of our beliefs which can change and define the world. Neither the accumulated wisdom of previous generations nor the cold, hard facts of science matter half so much as our subjective and passing inner-understanding.

Our culture’s quest to reimagine the world and our own identities isn’t just a matter of allowing for diversity in human relations. It’s a fundamental reorganization of how we interact with God, the world, and ourselves. When our society embraces homosexuality and transgenderism, we’re not just talking about a lifestyle choice. We’re disconnecting our knowledge of human identity and morality from anything beyond our own impressions.

When we say that a person can be what he wants to be, regardless of what he actually is, this is more than the violation of an arbitrary rule; it’s a rejection of the reality outside our imaginations. By severing our ideas of gender from biological sex, we think we’re liberating ourselves from external oppression, but all we’re doing is binding ourselves to the passing fancies of our hearts or the vagaries whatever group today has loudest megaphone.

Fortunately, the Christian Worldview does not leave us in this Kafkaesque world where we can never know what taboo of today will tomorrow be celebrated as the height of human freedom. In Christianity, we have an authority in His Word far more sure than any human tradition or scientific observation, giving us guidance as we make our way in this confusing world. In His good creation we have another word from God, less precise but still offering correction to our all too fallible perceptions.

Love is not love if it’s encouraging someone along a harmful path. We are not loving our neighbors when we tell them that their inner voices speak a more sure word than either of these two trumpets of the Lord. We’re not caring for them or bringing them closer to the love of God when we counsel them to disregard the law of God for the sake of the culture’s whims. The special revelation of the Bible and the general revelation of creation point us in another direction, a better direction, a direction which leads not to the confusion of our own fallen desires but the truth of His love and His forgiveness.

The Gospel charge to the radical LGBTQ activist is the same as it is to the sweet Sunday school teacher who is yet without Christ. Leave behind your self-trusting ways and follow the path of Jesus, who has provided payment for your sins and guidance for your flourishing.