Gratitude Is Good for You… - BreakPoint
Skip to content 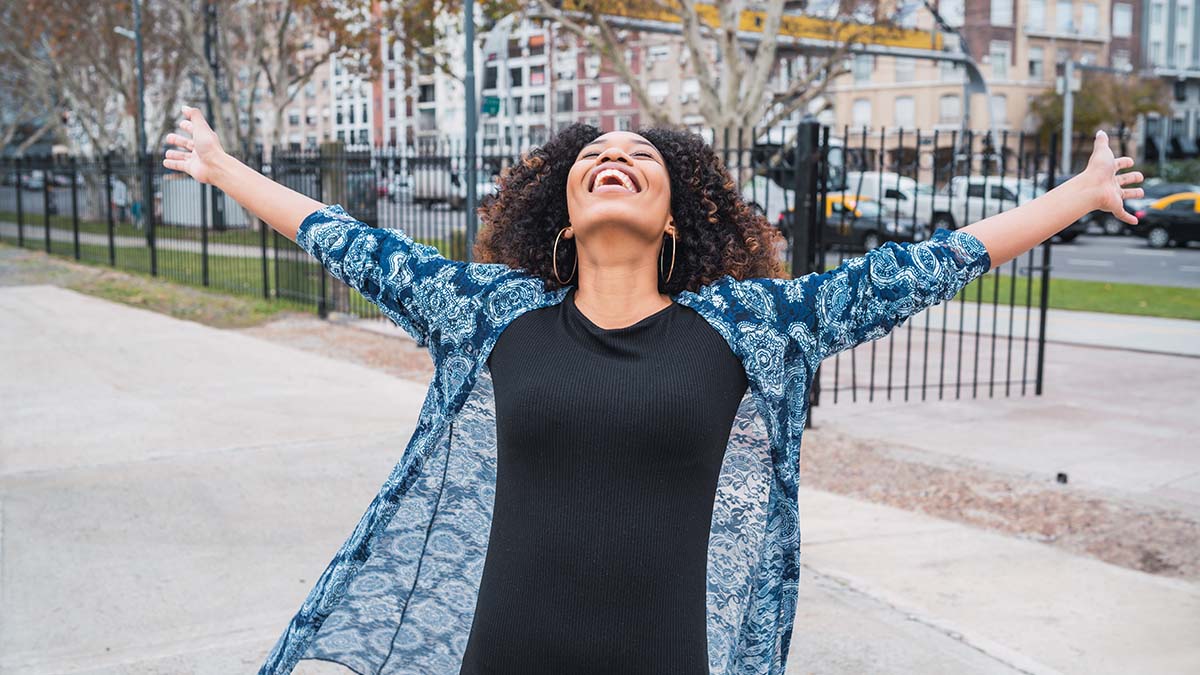 
Gratitude Is Good for You…

Remember the three weeks of lockdown in order to “flatten the curve?” A year-and-a-half later, after life was put on hold— delayed graduations, conferences, wedding celebrations, and even funerals—coming out of this society-wide limbo has many feeling downright giddy.

Writing recently in the New York Times, Soumya Karlamangla described how, when the pandemic rules began to loosen, she experienced “a small burst of joy.” Every return to some old, familiar activity, from hugging people to getting haircuts to wandering the aisles of grocery stores, became “almost wondrous” to her. At least for a while… But then, she admits, the feelings began to fade.

Now, Karlamangla has some advice for people looking to preserve that “post-lockdown feeling”: practicing the lost art of gratitude.

“Once a day, stop and appreciate what you’re able to do now that you weren’t last year. You can make a mental note, tell your partner, text your friend or write it down in a journal. The method doesn’t matter, as long as you’re making a deliberate effort to acknowledge that things have improved.”

She cites scientific evidence of the physical and mental health benefits of cultivating gratitude, including better sleep and higher levels of happiness. “Feeling thankful for the little pleasures in our lives,” she concludes, “can add up to make us happier people overall.” Precisely because the pandemic was so disruptive to normal life, our emergence from it provides incredible opportunities for embracing this kind of gratitude.

Reading this helpful and encouraging piece reminded me of a particular phase in the history of business books when authors were telling employers and employees they could find meaning in their work by thinking of it as a calling, rather than mere employment. The problem with that advice was if we truly are called to work (and I think we are) who is calling us? Many of these books failed to address that important detail.

In the same way, if we are to be grateful (and we are), to whom should we be grateful, exactly? Karlamangla never specifies, but with Thanksgiving on the horizon, along with all of the seasonal talk of counting blessings and being thankful for friends, family, and good health, it’s worth thinking about. After all, we are years into the trend of spending the day after “giving thanks,” trampling security guards for iPhones, toys, and flat-screen TVs. Maybe thanking no one in particular isn’t really gratitude.

Scripture is clear about who deserves our gratitude. In the first chapter of his epistle, James writes, “Every good and perfect gift is from above, coming down from the Father of the heavenly lights, who does not change like shifting shadows.”

God deserves our final gratitude… not the universe or the government or our “inner light.” Even the good gifts of other people’s time and help and love point, ultimately, to God. And, of course, God doesn’t owe us any of these good gifts, nor could we ever deserve them. As Paul told the men of Athens at the Areopagus, God “is not served by human hands, as if He needed anything. Rather, He himself gives everyone life and breath and everything else.”

Paul’s statement might have come as a surprise to Greek ears. In his book, Gratitude: An Intellectual History, Peter Leithart describes how, in the ancient mind, gratitude was like a circle. If you received a gift, you had an obligation to return the favor. For much of the Greek world, this was how politics worked—a system of favors and repayments we today might describe as “bribery.” By introducing the idea of gratitude to a Giver so generous that no one could ever repay their debt, argues Leithart, Christianity radically altered this cycle. Gratitude, it turns out, really can change the world.

Yes, practicing gratitude is extremely good for humans, even those who don’t believe in God. For that reason alone, we can hope that Times readers take Karlamangla’s advice seriously. But for Christians, gratitude is no mere mental health strategy. It’s a profound way of telling the truth: to ourselves, to others, and to the whole world.