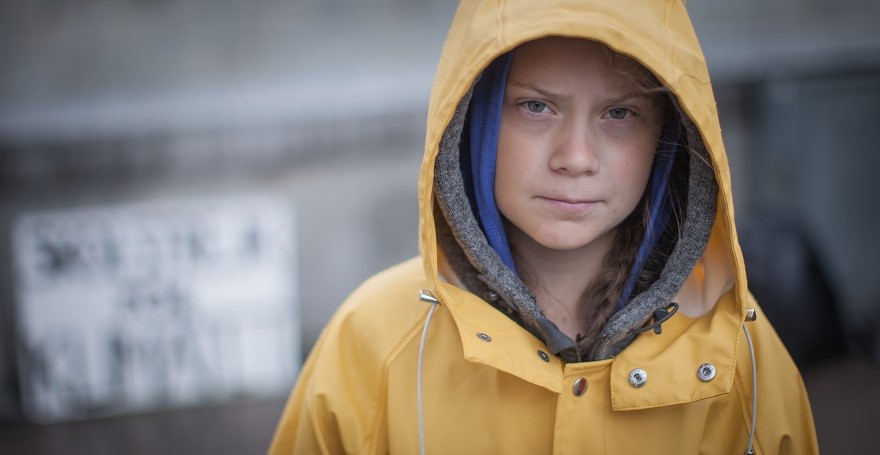 
Greta Thunberg and the Road of Good Intentions

When religion and politics travel in the same cart, the riders believe nothing can stand in their way. Their movements become headlong – faster and faster and faster. They put aside all thoughts of obstacles and forget the precipice does not show itself to the man in a blind rush until it’s too late. – Frank Herbert, “Dune.”

In recent days, the world has been treated to the rise of a new champion. With her triumphal march across the sea, to the halls of Congress, and before the UN, Greta Thunberg has become the heroine du jour. Simultaneously, it seems, she is now the face of the anti-Trump resistance, the fight against the patriarchy, the dignity of neurodiversity, the call to save the planet, and, last but certainly not least, the passion of youth against the complacency of their elders.

While some have, crassly or carefully, critiqued Ms. Thunberg’s actions as illegitimate or impetuous, I don’t think there’s much cause for concern there. If we start pitching a fit each and every time a teenager holds opinions strongly and speaks them stridently, we’ll never get anything done. Agree with her or not, we can be pleased that while many of her peers have interest only in their sense of self, Ms. Thunberg is endeavoring to make this world a better place.

That being said, there are a few things we’d be wise to worry about. While our newly hailed Jeanne d’Arc for the internet age is acting in a fairly comprehensible manner, some of her biggest fans have pushed their adoration beyond the bounds, and this in two ways. One is driven by an emotional attachment while the other is merely willing to make use of it.

With the first, this is less a new problem than a manifestation of a longstanding human tendency. Pretensions of self-centeredness aside, we long to love with the whole of our being. Human beings are designed for relationship with an eternal Person, who provides for us meaning, connection, and a sense of purpose. As our culture increasingly abandons any sense of the transcendent, we find ourselves forced to steal meaning from lesser goods and lesser gods.

While our newly hailed Jeanne d’Arc for the internet age is acting in a fairly comprehensible manner, some of her biggest fans have pushed their adoration beyond the bounds, and this in two ways. One is driven by an emotional attachment while the other is merely willing to make use of it.

So, we see Ms. Thunberg lauded as the next Anne Frank, a latter-day Mary Shelley, as a new Atlas, and, most tellingly, as Joan of Arc. This last appellation is more apt than its speakers may know. St. Joan comes down to us through the mists of time as peerless maid and cunning warrior, called of God to restore freedom to her beloved France.

But, like Henry V, her opposite number in the English ranks, this perception is the stuff of legend, not fact. Neither Joan nor Henry were quite the epitome of heroic virtue as their enduring mythologies would imply, with the one being closer to mascot than military leader and the other rather less chivalrous than Shakespeare’s portrayal.

But, the power of legends lies not in their objective veracity but in their subjective impression upon others. In this way, those so enraptured by the appeal of our young Swede are hardly carried away by the logic of her principles and authority of her experience. They’ve become enamored, not convinced.

Neither facts or falsehoods matter to an acolyte, only being numbered among the faithful. By elevating Ms. Thunberg to the role of a living saint, her supporters have separated her from the cast of ordinary sinners. As she embodies humanity’s hope for salvation from sin, to offer even the mildest rebuke is to defy the goodness and truth that she incarnates. Any daring to do so face immediate rebuke or ridicule.

This kind of hero-worship is unhealthy for all concerned, stealing from the liturgists any sense of self-doubt shielding them from folly and robbing from the “heretics” any concession that they might be right.

It is here, too, that the more rational of her fans fail. Recognizing that a 16-year-old is not an authority when it comes to incredibly complex phenomena, they nonetheless sense in her mass-appeal a chance to skirt beyond the intransigency of their ideological opponents and effect the change that they feel so central to the very survival of the human race. The situation is so dire that pleasantries like rational discourse and appeals to consensus become luxuries that we cannot afford.

But, this efficiency carries a hidden cost. Once we’ve left behind rationality as the basis of collective-action and declared that dissenting voices are unworthy of a hearing, then the truth of the matter matters little. Even, or perhaps especially, in a just cause, moving from argument to expediency is a dangerous move.

Once we've left behind rationality as the basis of collective-action and declared that dissenting voices are unworthy of a hearing, then the truth of the matter matters little. Even, or perhaps especially, in a just cause, moving from argument to expediency is a dangerous move.

It’s a short step from facts and logic as “inadequate” to “unneeded.” Once we accept that the severity of the situation both justifies and demands the abandonment of consensus, then it becomes quite easy to say that honesty, concession, and dissent are equally dispensable, perhaps even regrettable. This appeal to expediency in the face of emergency is the first cry of the revolutionary fervor that haunted the last hundred years.

In place any of heedless zeal seeing our absolute certainty as excusing extreme measures, we must adhere to our historical and theological patrimony, reminding ourselves that each of us has feet of clay. Whether inspired by the Enlightenment’s skepticism and rationality or the Bible’s imago dei and original sin, we must always say to ourselves, “We may be wrong. They may be right”

This may not seem at first like an issue of religion, particularly for the notoriously irreligious. But we all serve a god, and as this situation carries both an intense faith and the promise of political activism, Frank Herbert’s warning applies. Any time we let our passions or principles for a lesser good define the totality of our relations to the world, we serve a god of our own making, a mere idol. And, just like the idols of old, these demi-deities will inevitably fail us and those around us, as their finite nature leads us to finite morality. The road of good intentions does not always lead to the places we’d like to stay.