How a Massive Comet Points Us to God - BreakPoint
Join us in helping to equip and renew the Church with a Christian worldview by giving before our fiscal-year ends!
Skip to content 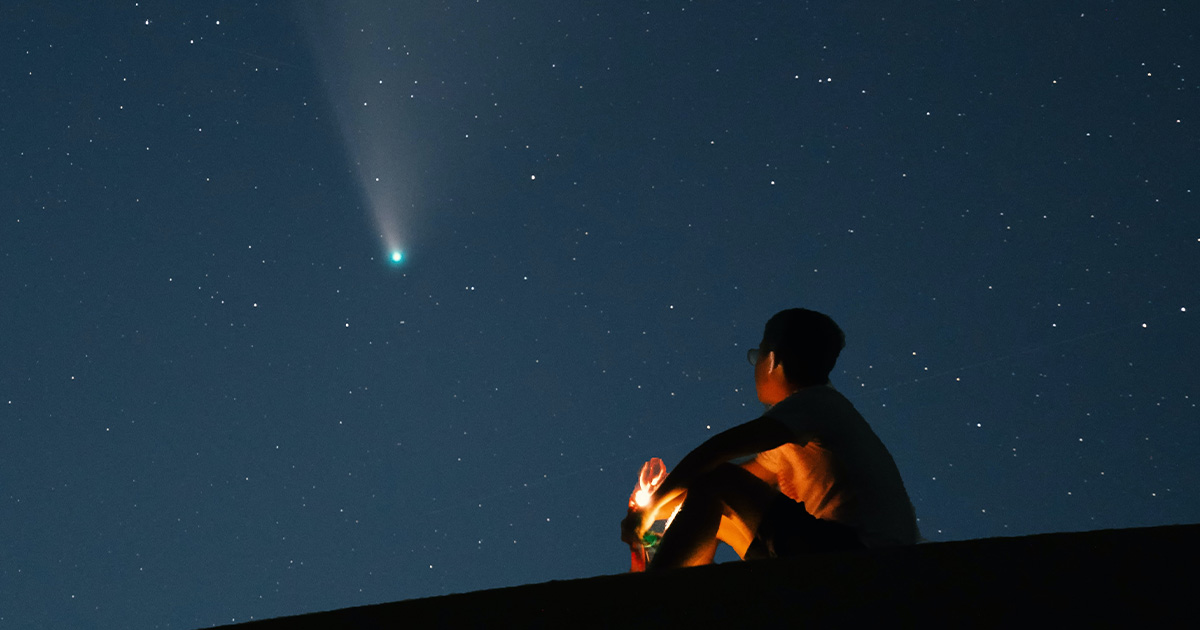 
How a Massive Comet Points Us to God

This April, scientists confirmed the dimensions of the Bernardinelli-Bernstein comet, the single largest comet ever recorded. Its core appears to be about 85 miles across.

“It’s 100 times bigger than the typical comets we’ve been studying for all these years,” says astronomer David Jewitt:

Finding this thing is a reminder of how little we know about the outer solar system. There’s a vast quantity of objects out there that we haven’t seen, and a huge number of things we haven’t even imagined.

Awe is powerful and humbling. As John Piper once observed, no one stands at the edge of the Grand Canyon and says, “I am awesome.” Awe points us outside of ourselves, and the whole drive to know the universe is, in reality, a drive to know God.

Seventeenth century astronomer Johannes Kepler, whose precise mathematics led to his groundbreaking laws of planetary motion once wrote,  “I wanted to become a theologian, and for a long time I was unhappy. Now, behold, God is praised by my work even in astronomy.”

For the God who created everything, good science is more than good work. It’s worship.