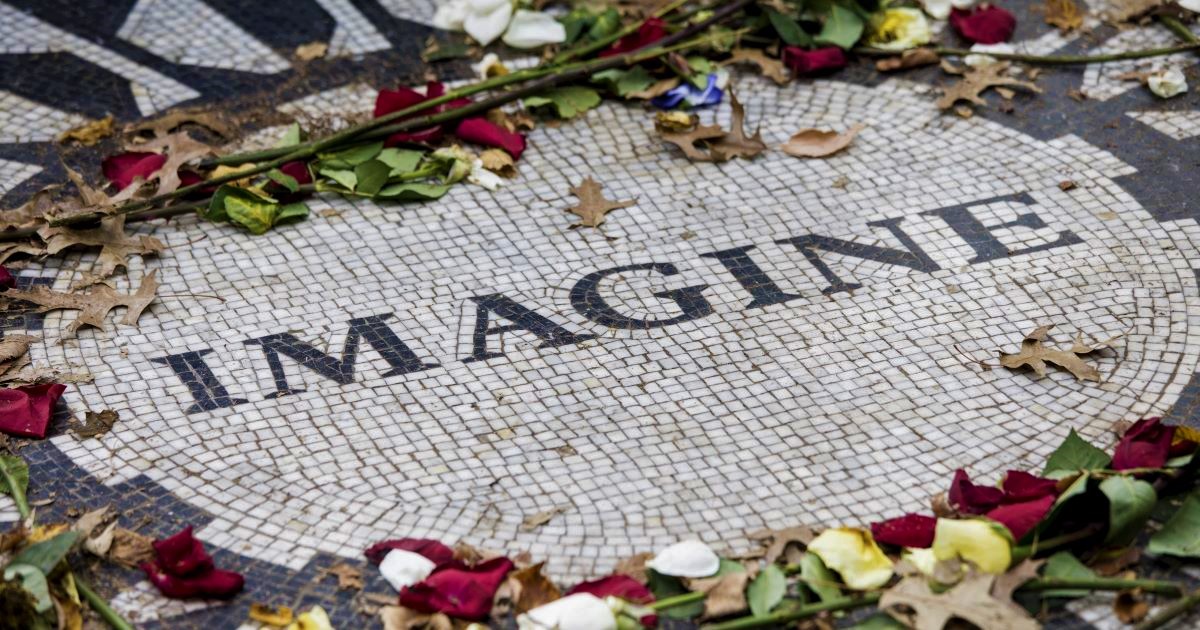 “Imagine there’s no heaven, it’s easy if you try.  No hell below us. Above us only sky. Imagine all the people living for today…” the song begins. Other things to imagine include no religion, no possessions, and a universal brotherhood of man (a line which wouldn’t be woke enough for today, I “imagine”).

The video is supposed to encourage people during this global pandemic, but the world Lennon “imagined” is one in which this world is all there is, a world in which there’s nothing to ground intrinsic human dignity or morality, and one in which history itself has no telos or ultimate purpose.

In such a world, what makes a so-called “brotherhood of man” or “living life in peace” any better than greed, or killing for survival? In fact, what makes a virus less valuable than a human?

The imagined conditions of “Imagine” can’t produce the imagined result. And that’s the problem with all utopian visions – they’re imaginary.