Is There a Time to Kill?
Skip to content 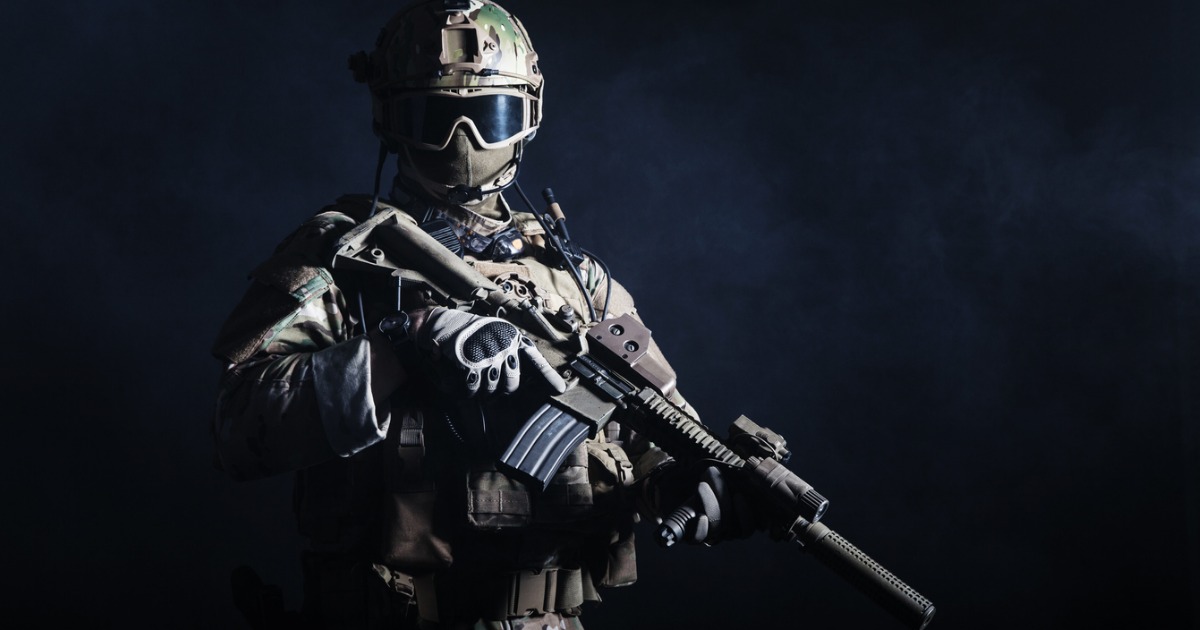 
Is There a Time to Kill?

“When I think of a soldier fulfilling his office by punishing the wicked, killing the wicked, and creating so much misery, it seems an un-Christian work completely contrary to Christian love. But when I think how it protects the good and keeps and preserves wife and child, house and farm, property, and honor and peace, then I see how precious and godly this work is.” – Martin Luther

Memorial Day is always a bit of an odd holiday. On the one hand, it’s just another day off. Maybe we’ll go to a parade or watch a war movie, but mostly we end up grilling burgers to celebrate the beginning of summer. On the other hand, it’s supposed to be a sacred day, even a morbid day, a day when we remember the honored dead, those who’ve made the ultimate sacrifice for God and country.

This ambivalence is telling. What do we really think about war? Consistently, the military is the most admired national institution in the land, but how much do we think about what they do? We honor those who’ve died for us, but what about those who’ve killed for us? Do God and country pull us in two directions here?

In twenty centuries of Christian thought, few issues have caused more contention than this. Our own founder, Chuck Colson, commented on it many times, both by video and text. We think of Christianity as the religion of the Prince of Peace, yet the Bible is full of bloodshed from Genesis to Revelation. How do we connect the holy wars of the Old Testament with the “turn the other cheek” of the New? How do we reconcile the gentle Jesus of Palm Sunday, coming to Jerusalem on a colt, with warrior Jesus of Revelation, riding in with blood-spattered robes?

This is not an easy question to answer. At its “best,” like what you’d find in naval war or battles far into the desert, where there’s no one around but adult males, all in uniform and under arms, we’re still dealing with human beings using their wonderful gifts from their Creator to smash, burn, cut, or disintegrate one another. More often, however, battles are not removed from bystanders but are in the thick of things, involving the slaughter of non-combatants, rape, murder, and general mayhem. Few outside the gates of hell would look at the carnage of war and smile approvingly.

What’s a Christian to think? Over the years we’ve come up with several ways of looking at this, which, according to scholar Daniel Heimbach, generally fall into three categories: Pacifism, Holy War, and Just War. Even then, it gets confusing. Many erstwhile pacifists can slip into Just War thought when faced with the horrors of slavery or the terrors of Nazism. Many Just War folks become de facto pacifists when they raise the bar so high that no war ends up being just. And all of us can slip into the madness of Holy War when vengeance becomes paramount in our eyes.

This is not an easy question to answer. At its “best,” like what you’d find in naval war or battles far into the desert, where there’s no one around but adult males, all in uniform and under arms, we’re still dealing with human beings using their wonderful gifts from their Creator to smash, burn, cut, or disintegrate one another.

Broadly speaking, Pacifism is the idea that there is never a time to kill. Some pacifists will allow that the secular state may use violence, but they would insist that Christians are never to take part in such actions. Others will say that “Thou shalt not kill” and “Turn the other cheek” preclude any moral use of lethal force at all. As one bumper sticker put it, “When Jesus said, ‘Love your neighbor,’ I’m pretty sure he meant don’t kill them.”

Now, Pacifism can claim the longest formal pedigree. As soon as Christians in the Early Church began writing about the issue, they condemned those Christians who were in the Roman army. For Church Fathers like Tertullian, Origen, and Lactantius, the idea of a Christian soldier was a contradiction in terms. Of course, there’s a Catch-22 with this: for them to be able to critique such Christians for being in the army, this entails that there were Christians in the army who perhaps did not share their opinion.

If Pacifism is the anti-war school in the church, Holy War is its polar opposite. It is the idea that not only are there times when force is a moral necessity, but that war can in fact be a positive good. Some advocates went so far as to say that killing in the name of God offered to the warrior forgiveness for sins and even salvation. As a Christian concept, it is a bit of an oddity. While it could find some support in the wars of ancient Israel, it has rarely been held as the formal position of any church institution. In the AD 800s there were a few popes who suggested that dying in a war for the church granted forgiveness, and in 1095 Urban II inspired 100,000 Western Europeans to counterattack Turkish advances in the Middle East with the promise of heaven for those “taking the cross” and trying to retake Jerusalem.

However, it didn’t last. Whether it was an inheritance from Nordic ideas of Valhalla, a bit of borrowing from their Muslim opponents, or an indigenous creation, this idea was, happily, dismissed within a few decades. More common than this has been the state-sponsored Holy War among ostensibly Christian communities. To die in a just cause for King and Country is seen as a salvific act, earning entrance into heaven. Few of us would say we hold to this, but many of us live as though it is so.

Just War Theory or Doctrine has been the dominant Christian belief about war since at least around AD 400. Of course, its adherents, like me, look back further than this for proof, seeing it as the testimony of the Bible, but Just War finds its historical origins in the years after Christianity became legal in the Roman Empire. Following the lead of Church Fathers like Ambrose and Augustine, Christians have held that peace is God’s intention for humanity but, under extreme circumstances, force can and must be used to preserve that peace. As Martin Luther said a thousand years later, “The small lack of peace called war or the sword must set a limit to this universal, worldwide lack of peace which would destroy everyone.”

The basic idea is that when the Shalom that God intends for humanity has been broken to an extreme degree, responsible authorities can and sometimes must respond with force, guided by a list of criteria which have to be met and followed before and during such conflicts. A good analogy might come from medicine, where responsible officials are called upon to do things, such as giving people toxins and cutting into living bodies, which would be thought wicked, except for the context of the extreme danger to the patient. In the same way, God has ordained that under extraordinary circumstances, the state has the power of the sword to enforce the peace, whether at the local level with crime or the international level with war.

Now, a lot of folks have a problem with this, asking how Christlike it is to kill. That’s a reasonable question, but Just War has a reasonable answer. Even more, it has a biblical answer. Rather than being a contradiction of Christ’s words to love our neighbor, a justified war is an extra-ordinary fulfillment of this love. In fact, not to act in the face of great injustice can be a great failure to love. By way of historical example, some might say that it would’ve been loving in 1943 not to kill “Hans” in the Wehrmacht. After all, he is a fellow image bearer of God! But where is the love for “Hannah” in the concentration camp behind him? Life is complicated and calls for complicated judgments.

By way of historical example, some might say that it would’ve been loving in 1943 not to kill "Hans" in the Wehrmacht. After all, he is a fellow image bearer of God! But where is the love for "Hannah" in the concentration camp behind him? Life is complicated and calls for complicated judgments.

Think of the Bible’s own testimony where we see the same complicated message. God’s goal is peace, but human sin sometimes demands war. We read of God calling His Old Testament saints to take up arms, and we read of God calling the obviously corrupt Roman state His “minister.” This ambiguity is the pattern we see throughout God’s word. Throughout the Scriptures, the promise of God is peace and the fullness of His blessing always involves an end to war, but this fullness must await His return and is only partially known now. In the meantime, we endure wars and rumors of wars.

Both Pacifism and Holy War fail because of their utopianism; they act as though the purity of the Eschaton is accessible in the here and now. They ignore the fact that we are in the “second act” of the human story, where progress has been made but the final consummation of the third act is not yet here. Just War accepts that peace is God’s plan for human society, and that human flourishing cannot occur without it. But, biblical peace is a fuller, richer thing than simply not fighting.

God has created the state as His minister to create the space, the order in which human flourishing may occur. In that final day when Christ returns and finishes making all things new, then will come a time when “we ain’t gonna learn war no more.” However, until that final stage of humanity arrives, we will still live in this second act, the time when we aren’t at the beginning of our story, but we haven’t reached our conclusion just yet, either.

There is a time to kill. There is a time when the Shalom of God is so violated by human sin that human institutions are called upon to restore the Shalom, when injustice is so pronounced that judgment is rendered through force of arms, when evil is reigning so victorious that standing aside and calling for peace, peace when there is no peace becomes evil itself. Even as we live in this second act where killing is a part of life, may we never stop praying that God would speed the day when war is no more.