Jane Goodall Sees Intelligent Design But Misses God's Image - BreakPoint
Join us in helping to equip and renew the Church with a Christian worldview by giving before our fiscal-year ends!
Skip to content 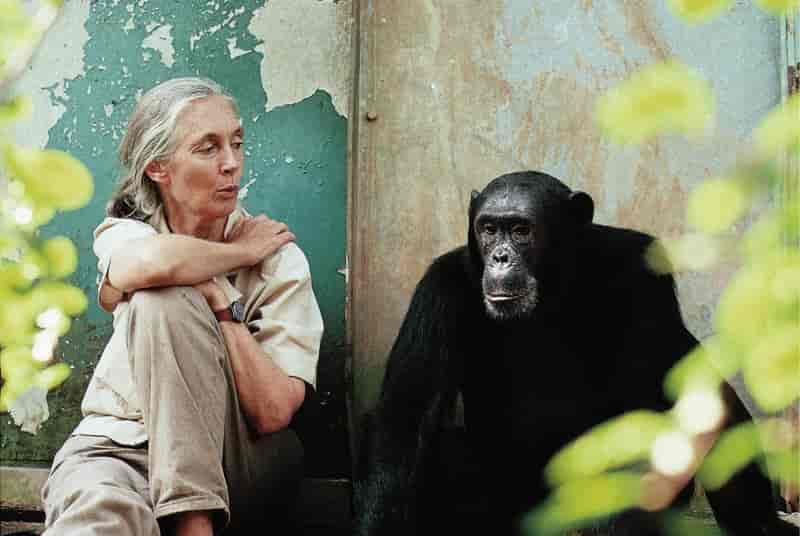 Jane Goodall, the primatologist famous for living with chimpanzees and revealing their behaviors, has won the 2021 Templeton Prize. The prize honors those who “harness the power of the sciences to explore the deepest questions of the universe and humankind’s place and purpose within it.”

Goodall follows last year’s winner, Francis Collins, director of the National Institutes of Health, who led the Human Genome Project in mapping DNA. She also joins decades of laureates including Chuck Colson, who received the award in 1993 for progress in religion.

At 87 years old, Goodall is a legend, and an obvious choice for the award, not just because of her work as a naturalist, but for rejecting naturalism as a worldview.

In an interview with Religion News Service, she revealed that her time with the chimps in Tanzania gave her a “strong feeling of spiritual connection with the natural world.”

She went on to say: “…more scientists are saying there’s an intelligence behind the universe, that’s basically what the Templeton Foundation is about: We don’t live in only a materialistic world. Francis Collins drove home that in every single cell in your body there’s a code of several billion instructions. Could that be chance? No…[C]hance mutations couldn’t possibly lead to the complexity of life on earth.”

She concluded: “…[S]cience and religion are coming together and more minds are seeing purpose behind the universe and intelligence.”

Intelligent design theorists, who have spent decades trying to break the stranglehold of materialism on science, can say “amen” to that. Yet Goodall’s eye for purpose and intelligence when it comes to the natural world seems to fail her when she looks in the mirror.

As Elizabeth Whately points out at Evolution News, Goodall has gone to great lengths to downplay the uniqueness of human beings. In the same interview, the primatologist scoffs: “I was actually taught in the early 1960s that the difference between us and animals was one of kind. We were elevated onto a pinnacle, separate from all the others. But my dog as a child had already taught me that wasn’t true…we’re not the only beings with personalities, minds and emotions.”

Goodall is also a longtime supporter of the Great Apes Personhood project, which seeks to confer human rights on primates. This blurring of the line between humans and animals is far from harmless. Fellow Great Apes Personhood supporters Richard Dawkins and Peter Singer have famously endorsed selective abortion and infanticide, and in Singer’s case, have declared the worth of an adult pig to be greater than that of a person with mental disabilities.

For all Goodall’s talk of “intelligence,” “purpose,” and a “spark of divine energy” in living things, she misses the utterly unique place of human beings in creation. She’s not alone.

Recently, National Geographic released a documentary series by James Cameron entitled “Secrets of the Whales.” The underwater photography is breathtaking, and some of the behaviors this team captured among orcas, belugas, humpbacks, and sperm whales have never before been filmed.

Yet the narration by Sigourney Weaver is bogged down with anthropomorphic claims that whales have “culture,” “language,” and even self-awareness, making them “just like us.”

At no point does the series acknowledge the irony of making such a claim while only humans hold the cameras, breathe from SCUBA gear, engage in scientific reasoning, or sit in their living rooms reflecting on what all this natural wonder means.

In spite of Cameron’s childlike awe for living things, and in spite of Goodall’s recognition that creation didn’t create itself, both miss (or ignore) the most crucial fact: that one creature alone bears the image of its Creator.

Indeed, the very curiosity that drove Goodall into the Tanzanian forest and the National Geographic crew into the briny depths leads us all to ask with the Psalmist: “What is man that you are mindful of him?” The answer is in the asking. No other creature reflects on its role and place in creation or its relationship with the Creator.

‘Religion entered into me’: A talk with Jane Goodall, 2021 Templeton Prize winner