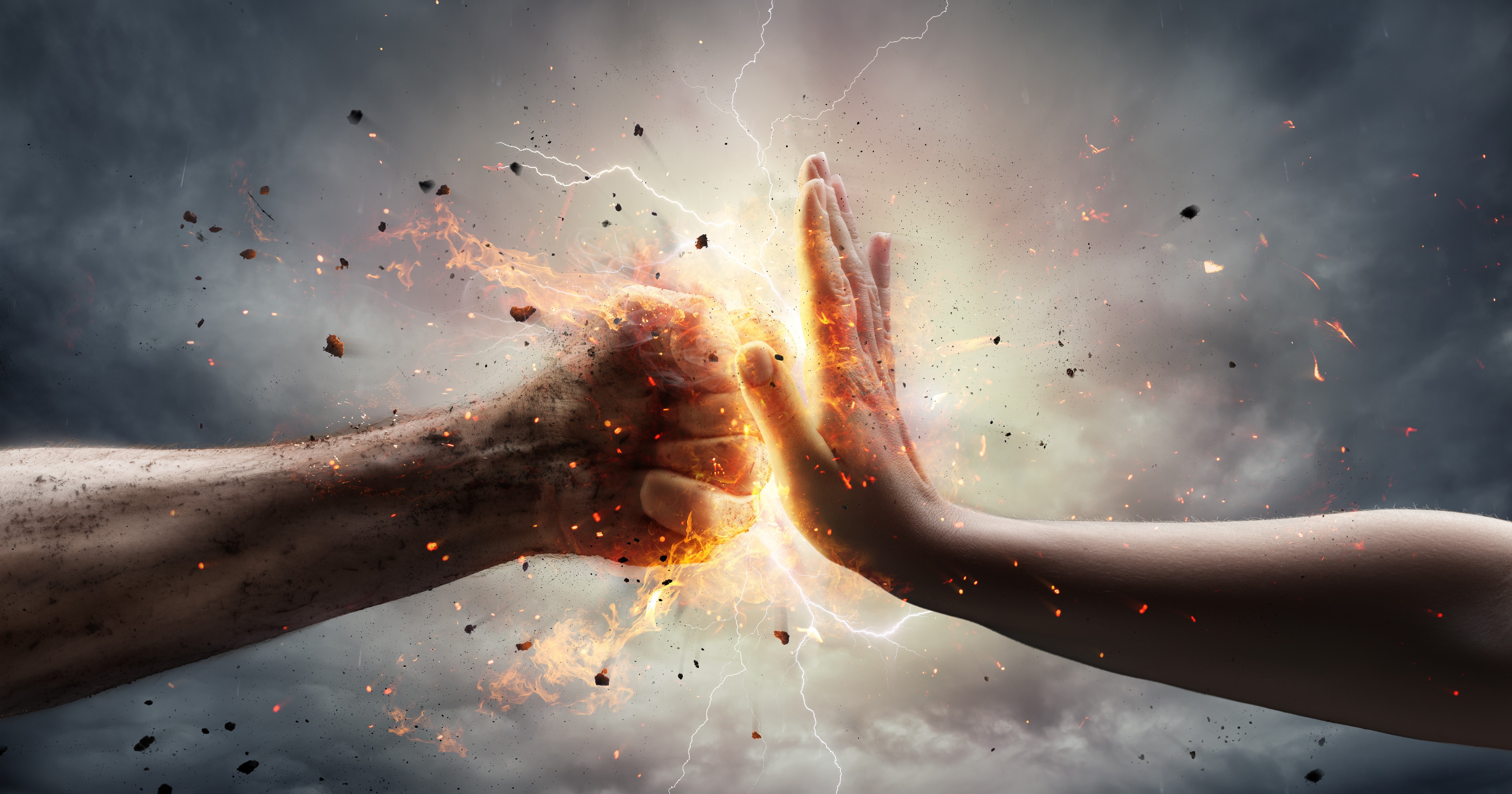 
Jerks for Jesus: Doing the Lord’s Work the World’s Way

A thoroughly Christian approach to politics will shape not only what we want out of the public square, but how we go about getting it.

If we are to offer a coherent, compelling vision of human flourishing, the Christians of tomorrow need to learn to hold the how and the what together. In other words, we need to achieve biblical ends using biblical means. We need to do the Lord’s work in the Lord’s way.

Let’s start with the Christians of yesteryear, particularly those post-Vietnam evangelicals who came to be known as the Moral Majority. Despite myriad retellings of the story to the contrary, these people didn’t propose, much less impose, a Christian culture. No, they assumed such a culture already existed—they were the Moral Majority, after all. They viewed their role in society as more modest than many remember. They weren’t building a garden from scratch, they were keeping weeds from growing in a garden that was already present, albeit one that was hardly thriving.

In such a view of society, it makes sense that they didn’t spend much time thinking through what a Christian society might look like. For them, it looked much like the one we had, only cleaner, more virtuous. Political engagement, then, was simply a matter of going about politics like anyone else would, only with more dignity.

A clear example of this sort of thinking can be found in Ralph Reed’s 1996 book Active Faith:

“What does it mean to be a person of faith in the political world?It is no different than being a Christian in any other vocation. Politics is a contact sport. I have a job to do, and it involves trying to advance my agenda. In that combat, I play hard and I try to win. But I never hit below the belt, I play according to the rules of fairness and courtesy.”

Reed sees his faith as restraining whatever urge he might have to “hit below the belt,” but his agenda per se isn’t derived from Scripture. If you follow Reed’s career even to this day, you know he often talks about “heavenly responsibilities” and “earthly responsibilities.” Basically, the former influences how we act while the latter directs what we do, a fairly typical “Two Kingdoms” way to integrate faith and politics.

If we are to offer a coherent, compelling vision of human flourishing, the Christians of tomorrow need to learn to hold the how and the what together. In other words, we need to achieve biblical ends using biblical means. We need to do the Lord’s work in the Lord’s way.

There is a new “Religious Right” today, and it looks quite different from the old Moral Majority. Whereas the Moral Majority accepted biblical means (going about politics with character, morality, and kindness), the new Religious Right is trying to think through biblical ends (striving toward a society centered on the true, the good, and the beautiful).

Perhaps the most well-known member of the new Religious Right, Sohrab Ahmari, makes this point clearly. He often argues that he’s seeking, “A public square re-ordered to the common good and ultimately the Highest Good.” But those Christian virtues of the old Moral Majority—kindness, gentleness, etc.—Sohrab finds to be “unsuitable to the depth of the present crisis facing religious conservatives.”

Nowhere is this seen more clearly than in the new Religious Right’s social media presence. They are the first to adopt nasty troll tactics on Twitter and elsewhere, but they do so with a clear conscience: it’s for a good cause—God’s cause, in fact.

How will we ever win the culture war if we don’t hit below the belt? The world is fighting dirty, why shouldn’t we? The hour is too late for meekness. It’s OK to be a jerk if you’re a jerk for Jesus, or so the argument goes.

There is a new “Religious Right” today, and it looks quite different from the old Moral Majority. Whereas the Moral Majority accepted biblical means (going about politics with character, morality, and kindness), the new Religious Right is trying to think through biblical ends (striving toward a society centered on the true, the good, and the beautiful).

It’s at this point that I’m reminded of a theme in the writings of Francis Schaeffer; namely, the perennial temptation to do the Lord’s work in our own way.

“The central problem of our age is the church of the Lord Jesus Christ, individually or corporately, tending to do the Lord’s work in the power of the flesh rather than of the Spirit. The central problem is always in the midst of the people of God, not in the circumstances surrounding them.”

Yes, the Church is given ends to accomplish. If we’re to love our neighbor, it’s simply not an option to avoid the public square. We rightly look with disdain at those Christians in the Antebellum South who sat out the political debate of their day, all under the guise of “the spirituality of the church.” If we’re to be faithful, we must strive toward biblical ends, which include the building of a just society.

And yet, the Lord not only has given us a job to do, He’s given us the tools with which to do it. Said differently, if God wants us to do something, He’ll never require us to sin to get it done. How small is our view of God if we think His purposes on earth are contingent upon us being rude on Twitter?

While many view the fruits of the Spirit as a hindrance to Kingdom work, Jesus has called us to a holistic life in which we hold the “what” and the “how” of political engagement together. And so, let’s pray that the Christians of tomorrow will be those who argue for truth humbly and contend for justice kindly, a people who do the Lord’s work in the Lord’s way.