Life on Venus and Why ‘Settled Science’ Is Often Hot Air - BreakPoint
Learn how to make abortion unthinkable by giving your gift of any amount today!
Skip to content 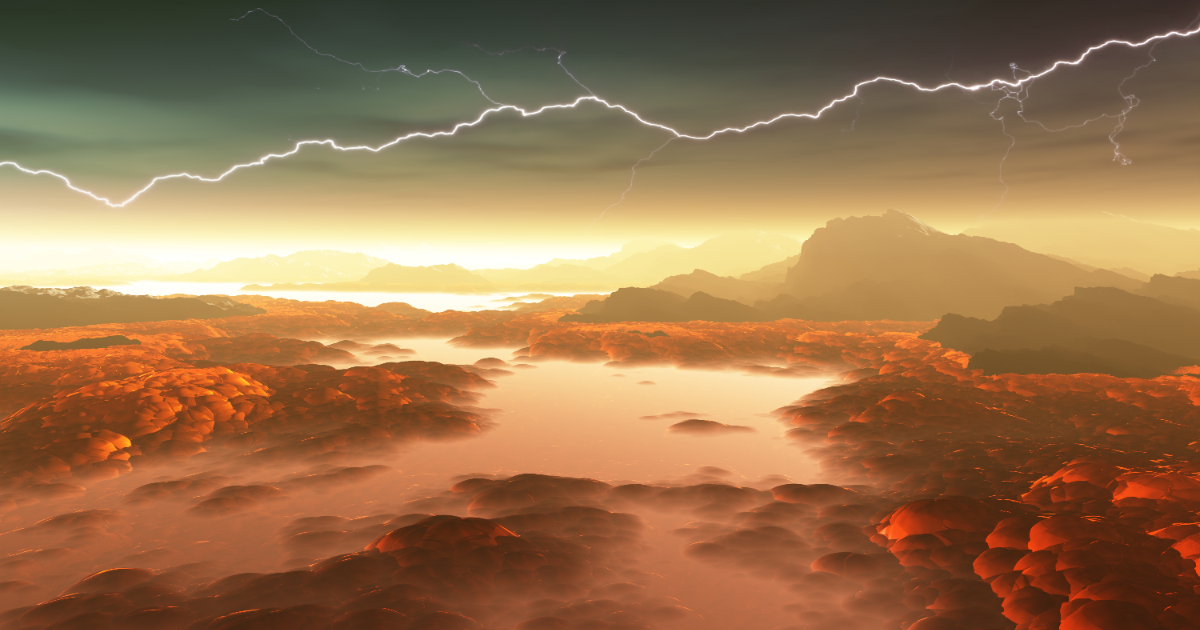 
Life on Venus and Why ‘Settled Science’ Is Often Hot Air

Hope for E.T. springs eternal, despite the definitive lack of evidence for his existence. After decades of peering through telescopes, listening with giant radio antennae, and hurling probes to distant worlds, astronomers have yet to find even a hint of life beyond Earth. So, instead of looking for actual evidence of life, some scientists have begun looking for conditions that could theoretically be associated with life. And when they find that, they hold press conferences.

When scientists discovered that liquid water may once have existed on Mars, it was reported with the excitement we’d expect if probes had found Martian guppies. The discovery of a probable ocean under the ice of a Jovian moon is reported as if alien life forms had already been filmed doing backstrokes in there. Just this year, the discovery of an Earth-sized exoplanet orbiting a distant red dwarf star was reported by most articles as if Kepler-1649c were a perfect potential host for life.

The latest episode of astrobiological hype involves our nearest planetary neighbor. Venus has long been dismissed in the search for extraterrestrial life due to its hellish climate. After all, it’s wrapped in sulfuric acid, with a surface temperature hot enough to melt lead.

Then, just a few weeks ago, an international team of scientists from MIT and Cardiff University published evidence of phosphine gas high in the atmosphere of Venus. On Earth, the only two known sources of phosphine are human industry and microscopic life. So, according to this team, the presence of large quantities of this gas on Venus can only be explained by living things.

The press’s reaction was predictable. Every headline featured the word “life.” Clamor to divert space exploration resources to Venus mounted so quickly that NASA administrator Jim Bridenstine had to issue a statement in which, while praising the insight of these astronomers, he noticeably downplayed Venus, pointing instead to other, more promising missions already on the space agency’s docket and in their budget.

Other critics were more measured: “[T]his can hardly be taken as a biosignature,” one biologist said to the New York Times, “…only for anomalous and unexplained chemistry.” Another professor of planetary sciences who was quoted in the Financial Times sounded even more skeptical: “The scientists can’t think of a way of getting these phosphine levels without it being a byproduct of life,” he said. “That doesn’t mean there isn’t another way, and it is a long way from proving that there’s life on Venus.”

So much of the fanfare of stories like this follow a familiar script: scientists rush through the peer-review process and go straight to the press with speculative conclusions. Along the way, “anomalous chemistry” becomes “alien life.” Later, once cooler heads prevail, the same newspapers and websites carrying the fantastical headlines, print a retraction with a less exciting explanation for all that phosphine gas … usually in small print on a back page somewhere.

Of course, proposing and challenging theories is what science is all about. Where science goes wrong is in treating these findings—especially in the early, speculative stages—as if anything is “settled,” much less announcing the speculations as settled conclusion with breathless news reports and demands that NASA rework their budget.

In one of our latest “What Would You Say?” videos, my colleague Brooke McIntire takes on the myth of “settled science.” Proposing and overturning theories is an ongoing part of the process. Even longstanding scientific consensus is vulnerable to new and contrary evidence, and scientists are fallible and biased human beings too. It’s a great video, especially one to share with your kids and grandkids. To watch and share it, just go to whatwouldyousay.org.

None of this means, of course, that life on Venus is impossible. What it does mean is that a pair of papers linking the presence of a particular gas to life doesn’t amount to all the hype it generated. Without more and better evidence, speculation about little E.T.s on Venus is like its sweltering atmosphere … so much hot air.

The Science is Settled?

Life on Venus? Astronomers See a Signal in Its Clouds