Married Moms Are the Happiest, Report Says - Breakpoint
How can we respond to those around us with truth and love? Give today to receive this month's featured resource.
Skip to content 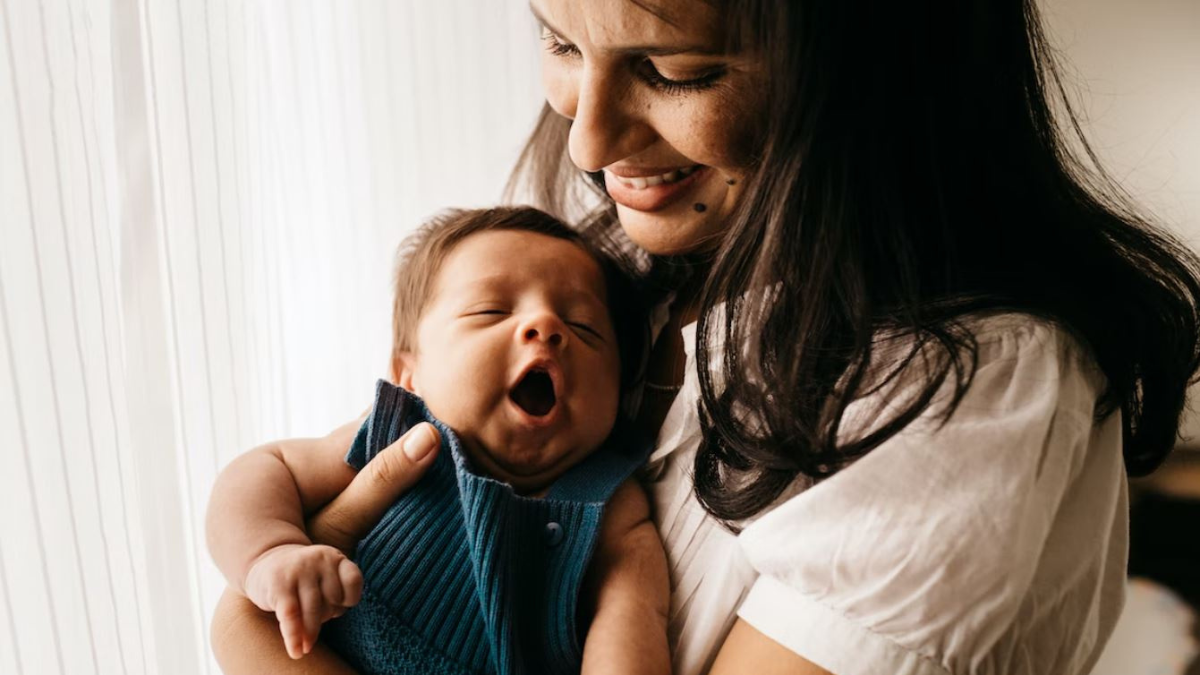 According to the numbers, some of the happiest people in America are married moms.

Every year, the Deseret News and Brigham Young University conduct The American Family Survey, in which researchers ask thousands of Americans about the ways they’ve built their families and how they feel about their lives. And every year, they seem to get the same results—at least when it comes to one particular demographic. According to the numbers, some of the happiest people in America are married moms.

In the latest survey, 33% of married women between the ages of 18 and 55 reported they were “completely satisfied” with their lives, compared to only 15% of single women with no children. And because conservative women are statistically more likely to be married, the satisfaction stats seem to fall somewhat neatly along political lines as well: Conservative women report being satisfied at double the rate of progressive women.

Every time these survey results pop up in the news, they’re met with attempts to explain them away. The defensiveness is irritating but understandable. After all, the idea that conservative married women are happy debunks the prescription offered by the sexual revolution and second-wave feminism for female happiness, which has now become an accepted cultural myth. The best life for women, the myth goes, is a life without marriage or children.

That advice is just wrong and makes a crucial mistake about the nature of happiness. The American Family Survey doesn’t ask respondents to rate how pleasant circumstances are, or whether and how frequently respondents got frustrated, anxious, or uncomfortable. What the survey measures is whether people see their lives as having meaning and purpose.

Psychologist Daniel Kahneman has done a great deal of research studying the difference between what he has called “instant utility” and overall satisfaction. “Instant utility,” according to Kahneman, describes a person’s response to a very specific question: “Do you like what you are experiencing in this moment, and would you like it to continue?”

“Satisfaction” or “well-being,” on the other hand, describes a person’s overall evaluation of their lives. Quite often, Kahneman found, these two measurements don’t match up. A person can experience days, weeks, or even full seasons of life as frustrating and difficult, and still think of that same period of time with a sense of deep satisfaction.

This is not unlike something Jesus alluded to when He said, in one breath, that we should “take up our cross” to follow Him, and in the very next breath that He came to give us “complete joy.” At first glance, these promises seem contradictory. They aren’t.

God made us to know, love, and serve Him. That is our purpose, and human beings find their deepest satisfaction when living into their purpose. A cultural myth may tell women that they will only be happy if they put themselves first and eschew their potential to bear children, but that denies central aspects of their purpose as children of God and as women. None of us will find true satisfaction by purposefully rejecting our potential to live as God made us.

But the universe does have meaning, and God did make us to serve and love Him and others. No one does that work more than a wife and mom, so it makes sense that women who embrace those callings would tend to rate so high on deep satisfaction and happiness. Even when the days are hard, the love and meaning and joy we find in family life, moment to moment, is difficult to describe. It may not always add up on paper, but the survey results are in.