Mary Slessor: Changing the World One Child at a Time - Breakpoint
Help make a bigger worldview possible for Christians around the globe with a year-end gift!
Skip to content 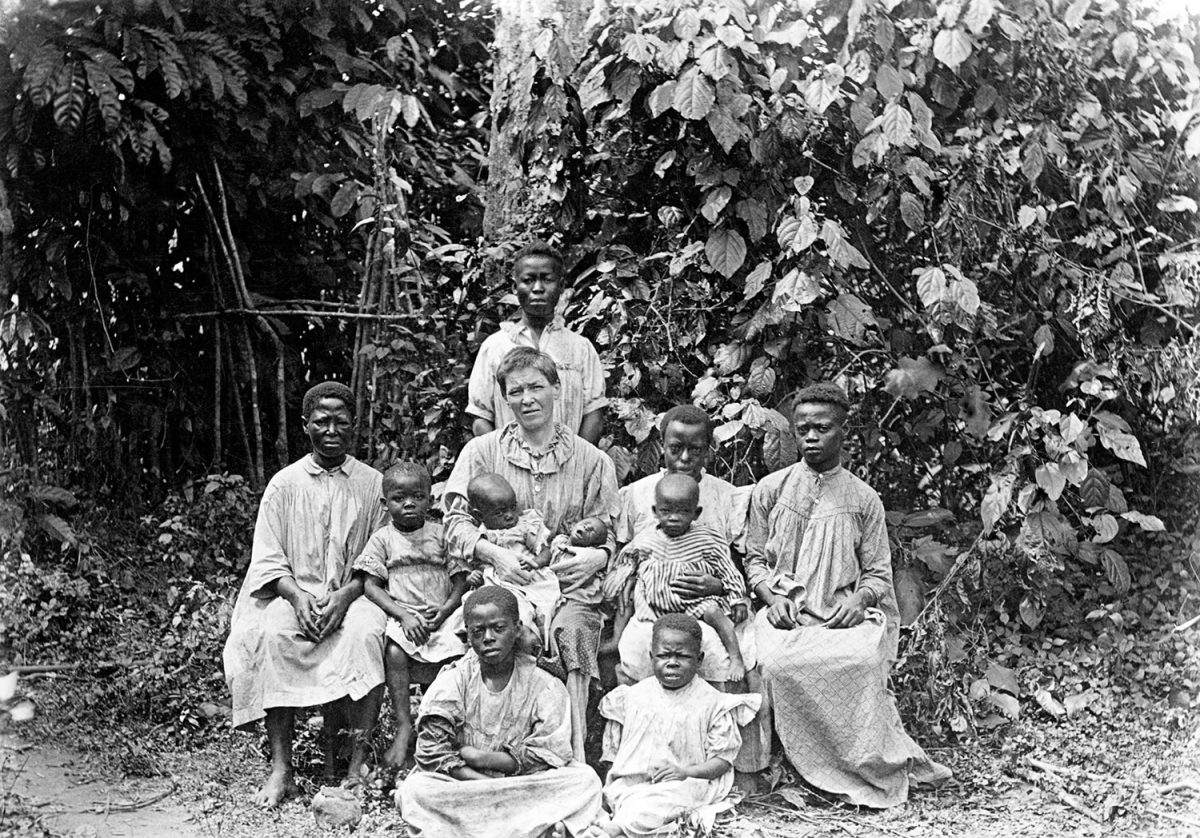 
Mary Slessor: Changing the World One Child at a Time

Mary Slessor was born to a Scottish working-class family in 1848. At an early age, Mary joined her parents in the Dundee mills, working half a day while going to school the other half. By age 14, Mary was working 12 hour shifts. Ever an avid reader, she kept a book propped up on her loom so she could read while working.

Mary’s mother, a devout Presbyterian with an interest in missions, saw that her children were raised in the Faith. When a local mission to the poor opened in Dundee, Mary volunteered to be a teacher. Her sense of humor and sympathy made her popular among her pupils.

At age 27, Mary learned of the death of famous missionary, David Livingstone. Inspired to join her church’s mission in what is now southern Nigeria, Mary taught and worked in the dispensary. With her devotion to learn the local language, plus by cutting her hair and abandoning the traditional Victorian dress as impractical in the hot climate, Mary quickly set herself apart from the other missionaries. She began eating local foods as a cost-cutting measure.

Finding the mission hierarchy frustrating, she welcomed opportunities to go upriver into inland areas. The need for workers in these regions with fewer missionaries was significant, so she asked to be stationed there. However, since male missionaries had been killed in those areas, her request as a single woman was turned down as too dangerous.

After a medical furlough for malaria, Mary was stationed in a region where shamans dominated much of life. These men conducted trials in which guilt or innocence was determined by whether or not the accused died after taking poison. Slavery was also rampant among the powerful, and slaves were often sacrificed on their owner’s death to be their servants in the afterlife. Women’s rights were virtually nonexistent.

Despite these challenges, Mary was able to integrate into the community and earn the trust of the local people. As a woman, she was not seen as the threat that male missionaries were. And, her ability to speak Efik and her embrace of local lifestyles in clothing, housing, and food endeared her to the native peoples.

It was in Okoyong that Mary began the work for which she is now best known. The locals believed that when twins were born, one of them must be the child of a demon. The mothers were ostracized, and, since there was no way to tell which was cursed, both children would be abandoned to death by starvation or wild animals.

Like the earliest Christians who rescued victims of attempted infanticide by exposure, Mary began rescuing twins. She saved hundreds of children and, against the advice of her mission agency, adopted nine as her own.

Like the earliest Christians whose example she emulated, the actions of Mary Slessor not only saved lives but played a major role in changing the local culture. Her understanding of the language, history, and customs — plus her standing in the community –enabled her to work as a mediator and give judgments in local tribal courts.

When the British attempted to set up a court system in the area, Mary warned them it would be a disaster. So, the British consul appointed Mary as vice-consul in Okoyong, making her the first female magistrate in the British Empire. In this position, Mary continued to mediate disputes, while acting as liaison with the colonial government, continuing to care for children and continuing  her work as a missionary.

At age 66, Mary finally lost a long fight with malaria. She was given a state funeral, which was attended by many people who travelled from the tribal regions in order to honor her. She was nicknamed the “Queen of Okoyong.”

Mary Slessor’s story is a wonderful part of the larger, ongoing Story of restoration, accomplished by Christ through His people within the time and place they are called. Slessor offers yet another example for Christ-followers that taking the Gospel to pagan cultures will typically involve protecting children. Our calling is no different.