Mourning with Those Who Mourn - BreakPoint
Skip to content 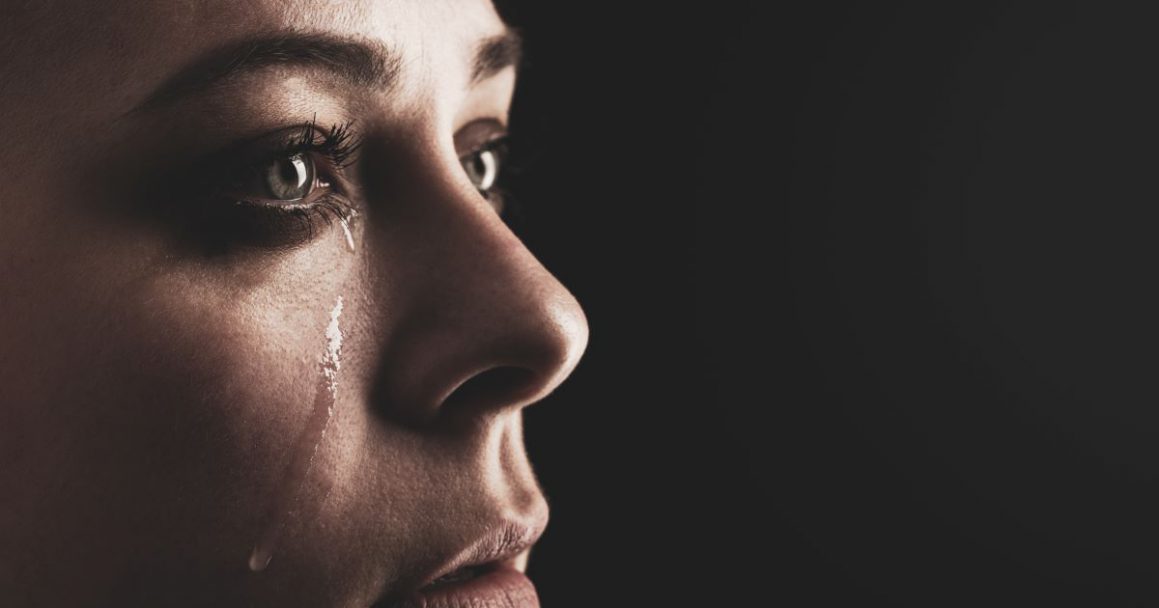 
Mourning with Those Who Mourn

When I was in college at a Christian liberal arts university, I had a series of friends in my dorm and the neighboring dorm attempt suicide in a very short period of time. All were hospitalized, and as a residential life student worker, I was involved in their cases in a variety of ways — from giving police reports, to cordoning off hallways, to physically driving one student to the ER. By the time my fourth or fifth friend had tried to take her life, I was experiencing clear psychological trauma symptoms.

Feeling acutely overwhelmed, I shared my experiences separately with two high-ranking members of the campus spiritual life office, asking what we might be able to do as a campus to quell the frequency of student suicide attempts, particularly in my dorm.

To my surprise, both staff members expressed little sympathy and made efforts to close our meeting as quickly as possible. One even indicated that I was “trying to hurt the university” by bringing the issue up and asked me to check my motives. Each offered some “God is in control” type platitudes and sent me on my way with plastered smiles.

I left confused–wondering what was wrong with me for feeling as broken as I did.

Over a year later–having graduated college and moved to a new city — I was still hurting from watching so many friends try to die. I finally saw a counselor, who treated me for post-traumatic-stress. Within a few months of working with her, I felt remarkably better.

I am now a doctoral student, and a few years have passed since I sought out trauma counseling. But a few months ago, I was working on a research project on a topic related to suicide. Due to my past experiences, I started to experience high levels of anxiety, which did not subside. Finally, I realized I needed to explain to my faculty supervisor why the project was disturbing me and to seek clarity from him on how to proceed.

I was incredibly nervous to explain the situation to him, uncertain how he might react or judge my story. But I made an appointment, went to his office, sat down, and told him. As soon as I got the words out, his face fell, and he expressed genuine sympathy. He then spent extensive time listening to my concerns about the project and discussing them with me in-depth, assuring me that my fears were not irrational and methodically walked through how we could quell them. I left his office feeling like a weight had lifted.

And yet, talking with my faculty supervisor was one of the most faith-shaking experiences I have had.

You see, my supervisor is a committed atheist. Though I greatly appreciate his professional guidance, we disagree on some of the most fundamental aspects of truth and morality. And yet in response to my pain, he acted more like I always imagined Christ would act than either of my campus spiritual life leaders, who together possessed decades of Christian ministry training and experience.

God’s call is simple: "Rejoice with those who rejoice; mourn with those who mourn" (Rom 12:15, NIV). Proverbs 25:20 expresses a similar principle, but with rich imagery: "Like one who takes away a garment on a cold day, or like vinegar poured on a wound, is one who sings songs to a heavy heart” (NIV).

Frankly, that shook me.

Ultimately, my faith survived the shaking. But it took me by surprise. I never expected myself to be the person who doubted my faith because of the actions of others. I believe in God because He created me, because I experienced His salvation, because I have met Him in His Word, and because His truth surpasses all understanding. I’ve read the Bible time and time over. I’ve studied Christian apologetics since my youth. So why did the cold-heartedness of Christian leaders and the comparative kindness of an atheist professor make me momentarily question a faith built on so much more?

In retrospect, I think the answer is fairly simple: pain.

Our current circumstances of living in a world gripped by a pandemic leave us surrounded by hearts in pain. So when hearts in pain run to God’s people, how do we respond?

God’s call is simple: “Rejoice with those who rejoice; mourn with those who mourn” (Rom 12:15, NIV). Proverbs 25:20 expresses a similar principle, but with rich imagery: “Like one who takes away a garment on a cold day, or like vinegar poured on a wound, is one who sings songs to a heavy heart” (NIV).

Jesus wept over the sorrow of His friends at the loss of their brother and friend, even though He knew the loss was about to be reversed (John 11:35). Even Job — a righteous man of God well-acquainted with sorrow — recognized the virtue of weeping with others, defending himself with the words, “Have I not wept for the one whose life is hard? Was not my soul grieved for the needy?” (Job 30:25, NAS).

Crisis situations often bring out both the best and worst of the Church. At least on my side of the U.S., I have watched the Church mobilize in response to our current pandemic: setting up hospitals, sewing masks, providing financial aid to the needy, bringing groceries to the elderly and immunocompromised, and much more.

But on the other hand, some of my brothers and sisters claiming to follow Christ have spoken words of self-defense and accusation that cut like daggers.

As I grieved the loss of a longtime family friend to the coronavirus in mid-March, messages from fellow Christians ranged from kind support, to statements of “we didn’t pray enough,” to outright denial that the coronavirus is an actual crisis worth grieving.

I watched in confusion as other friends and acquaintances claiming Christianity called out pastors as faithless for complying with public gathering limitations, equated attempts to develop a vaccine with Satanic witchcraft, or made extended theological arguments categorizing deaths from the coronavirus as just judgments of God.

The day after my fifth college friend attempted suicide, I walked past my business ethics professor in a basement hallway, and my face must have spoken my pain. Inquisitively, he stopped me and asked me how I was doing. For some reason, instead of giving my usual non-answer, I stared him in the eye and told him bluntly that my fifth friend at school had just attempted suicide and that I was nearing my wits’ end.

He stood there in the hall with me, and his smile faded. A look of shock and profound sorrow crossed his face as I blurted out what happened. I remember he stared at me speechless for a moment, and then simply said he was so, so sorry. He asked how my friend was doing. He asked how I was doing. I had to get to a class, but the sixty-second interaction carried me through that day.

He was a business professor, not a psychologist, a pastor, or a student life specialist. But he was a kind man of devout faith. He emailed me shortly after and reiterated his sympathy and told me he was praying for me and was always available to talk. Through the weeks and months after, he continued to check in on how I was doing. We never actually talked much about it–I was reticent to talk much after my experiences with spiritual life staff. But the fact he kept reaching out to me still meant the world. In a very dark time, his monthly emails asking how I was doing were the hands and feet of Jesus.

In an age of crisis, filled with hurting hearts, we must help the world remember.

The author is a writer and researcher working in the Midwest