Our World Split Apart and the Hope of Pentecost - Breakpoint
Help others see truth, beauty, and goodness. Give today.
Skip to content 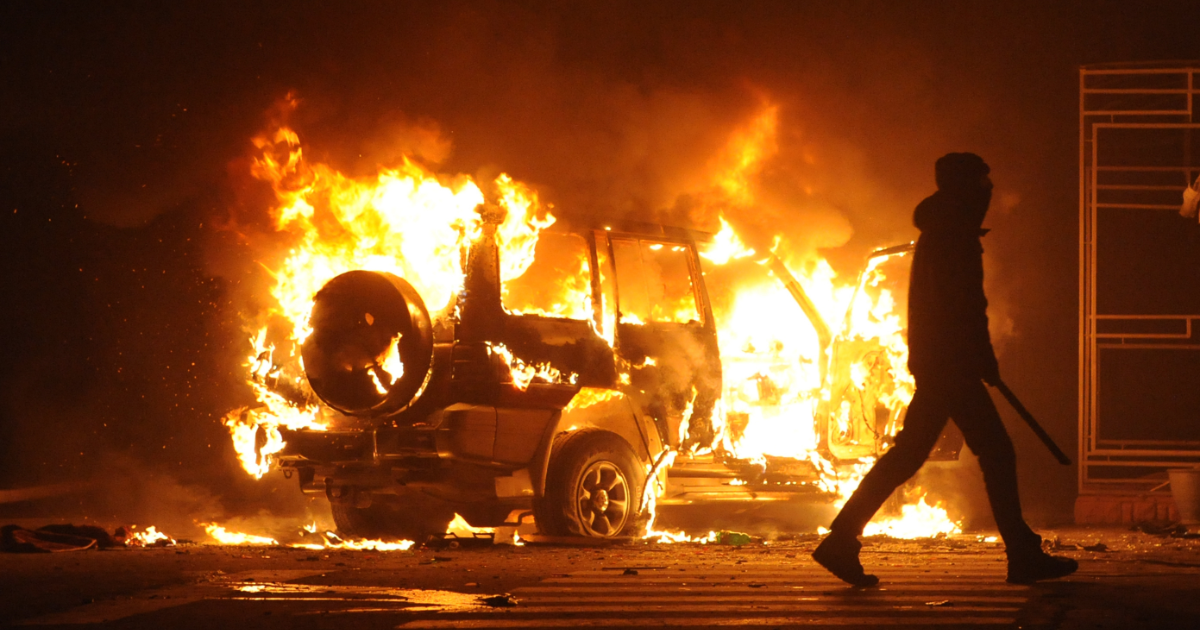 
Our World Split Apart and the Hope of Pentecost

Christians in a Time of Social Breakdown

On Saturday, SpaceX and NASA, in a remarkable achievement, sent astronauts to the International Space Station. We cheered their success, but the timing, juxtaposed beside the horrific murder of George Floyd, protests by so many disillusioned and hurting Americans, and repeated nights of lawlessness that left cities across America looted and burned, was more than a little strange.

Think about it. We can go to space. We can instantly communicate with anyone anywhere in the world. We might even develop a treatment for COVID-19. It’s amazing what humans can do. And yet, and yet, we are, by any objective measure, a nation barely holding itself together. Our best scientific achievements and our brightest technological innovations offer no solutions for our deepest divisions or our most serious problems.

Though no one who witnessed the scope and scale of the chaos this weekend could conclude “all is OK,” there are indicators everywhere that our nation’s health is worse than we’re willing to admit. We are what Aleksandr Solzhenitsyn called, in his famous 1978 Harvard University commencement speech, “a world split apart.” Like his audience that day, we too risk underestimating just how deep the fissures are.

For example, the initial condemnation of George Floyd’s killing was bipartisan and unequivocal by both right and left, but since is increasingly seen through, and being greatly distorted by, our political lenses. Solzhenitsyn warned against thinking “the danger (of the Cold War) could be abolished through successful diplomatic negotiations” alone.

Well, neither can politics alone, much less increased state force alone, calm this perfect storm of a long history of racial grievance, a slow-moving and often malfunctioning justice system, misguided social justice warriors, and extremist agitators and opportunists, all swirling together within a nation on edge from weeks of social isolation.

Christians must not run for political or ideological corners. To the best of our ability, we must affirm all truths, even those hard to swallow, and we must deny all lies, even the ones that are politically expedient.

For example, even if the story is wrongly told, America still faces whirlwind-intense consequences from her “original sin.” Though current economic, political, and social conditions for the African-American community is light years ahead of, say, 1863 or even 1963, American slavery was especially evil in ways that still poison today.

In directly assaulting the image of God in African-Americans, the heinous sin of racism took deep root in American hearts, American institutions, and American history. And, slavery uniquely targeted and, in many ways, broke the black family. These are generational-sized evils that one does not just “get over.”

At the same time, indoctrinating our young in identity politics and critical theory has made things worse. These bad ideas have consequences too, which in this case, take the form of rioters hijacking both protests and grievances that don’t belong to them.

As Dr. Anthony Bradley of The Kings College has repeatedly noted throughout this episode on Twitter, privileged, “woke” white kids are wreaking havoc that will only blow back on the very communities they are purporting to “stand with.” Or, as Claire Lehmann, founding editor of Quillette tweeted, “Maybe saddling an entire generation of kids with debt & no hope of joining the property class while sending them to institutions that marinate them in neo- Marxist orthodoxy wasn’t such a good idea.”

Another hard truth to face is that no political solution can overcome our collective loss of virtue. It’s either the conscience or the constable, and the cracks in our social fabric cannot ultimately be held together by more creative (or condescending) public policies, or strong-man type leadership, and certainly not by unwise tweets.

To paraphrase C. S. Lewis, we’ve abandoned character and are surprised to see Antifa in our midst. The increasingly militarized governmental response that will most-likely be required in the coming days should not be confused, neither by us nor our President, as a solution. No, it’s a sign of just how bad things are.

None of this is to say that we don’t need leadership. Of course we do: political, spiritual, familial, and otherwise. Even more, we need a population able to govern itself. Our current lack of both means we instead, more and more, resemble Solzhenitsyn’s description of a dying society.

This past Sunday, Christians around the world remembered Pentecost, the day that God’s gift of the Holy Spirit enabled apostles to proclaim Christ and His resurrection across tongues and tribes. The day foreshadowed the day John describes in Revelation 7, when Babel is reversed and people from every tongue, tribe, nation, and language are united, once again, before the throne of God.

Could the Holy Spirit also empower us, today, to bridge the deep divide of tribe that inflicts our hearts and our nation?

This Thursday, innovative thinker and cultural analyst Andy Crouch will join me for our Thursday Q&A session, based on his Truth. Love. Together. session that released this week. It’s entitled “How We Can Be the Sort of People the World Needs, right now.” Live attendance is limited, but if you register and we run out of space, we will send you a link to the recording. Come to breakpoint.org to register.

Register for Truth. Love. Together.