Passing On the Faith: Good News and Bad News - Breakpoint
Give today to learn what it means to be a thoughtful Christian!
Skip to content 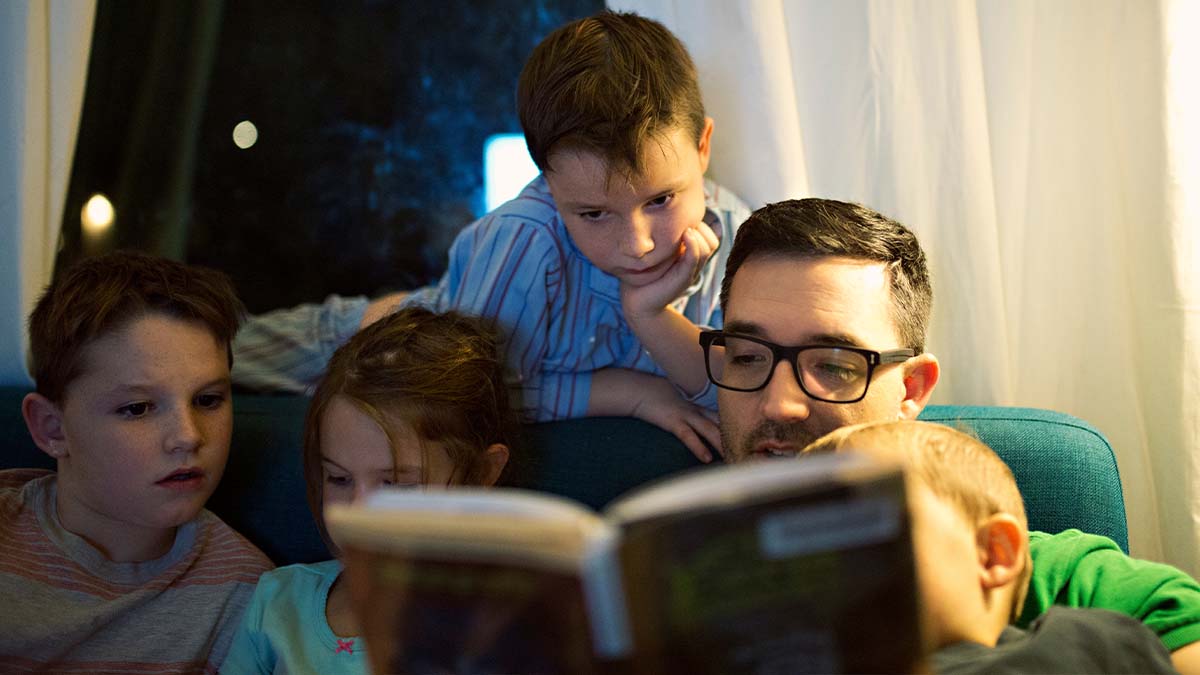 
Passing On the Faith: Good News and Bad News

What a parent does plays as essential a role in their child’s spiritual outcomes as what they say.

“Human beings look separate because you see them walking about separately,” wrote C.S. Lewis in Mere Christianity. But, “if you could see humanity spread out in time, as God sees it, it would look like one single growing thing-rather like a very complicated tree. Every individual would appear connected with every other.”

Lewis’ punchy analysis is apt for, among other things, assessing the spiritual health of American Christianity. How people within a cultural setting think about and practice spirituality is interrelated. Statistically, the most significant relationship, by far, for cultivating spiritual belief and commitment is between parents and children. That’s always been true. However, there are reasons to believe that, in light of new data from the Institute for Family Studies, successfully passing faith from one generation to the next is more difficult than ever. To borrow Lewis’ analogy, the “tree” is not looking very healthy.

“…the challenges of passing on the faith remain considerable,” writes study author Jesse Smith. That’s an understatement, but it comes with a silver lining: “…religious conservative parents are managing that challenge somewhat better than others.”

Accounting for other important factors, such as the relative importance of religion to the parents and whether or not they “practice what they preach,” Smith noted the role that the substance of religious beliefs played in transmitting them; for example, a high view of the Bible, belief in objective morality and traditional sexual ethics, and a sense of tension between faith and the larger society.

In contrast to parents with more “liberal” or “moderate” beliefs, Smith writes, “children of religious conservatives are more likely to match the religiosity of their parents, and when they stray, they tend not to stray as far.” The primary reason for this success, he concluded, is that parents with more conservative spiritual beliefs tend to take them more seriously and also take a much more active role in their children’s religious socialization. Therefore, they tend to more frequently talk about God, to pray with their children, and to frequently engage with a church community.

In other words, as Smith put it, “To pass on religion, parents need to make it a part of daily family interactions.”

That’s certainly good advice. However, the study is no cause for celebration. Conservative parents may have an edge over more religiously liberal parents in passing faith to their children, but they’re still only “winning” at a game everyone is losing.

That only 43% of religiously conservative kids failed to darken the door of a church even once last year should cool any temptation to celebrate. More and more of the emerging generation are among those known as the religious “nones,” or those who refuse to claim any religious identification. The overall number of “nones” has roughly doubled since 2007 and now represents 3 out of every 10 Americans.

Of course, none of this is new news. Culture watchers have seen a religious decline in America for decades now. (It’s something we frequently cover in Breakpoint commentaries.) Still, it’s worth looking carefully at, even studying, again and again, especially by any Christian parent hoping to pass on healthy faith to their kids.

One clear lesson is how seriously parents must take their role as disciple-makers. It’s a common instinct to lean away from spiritual conversations, especially with teens and young adults who seem to have grown uninterested or annoyed by them. Not to mention, parents are in conflict with almost every other voice in a culture that says everyone must be free to determine their own truth, their own morality, and even their own identity. All of this makes talking to our children more intimidating than it should be, perhaps even hopeless.

Smith concludes we must do it anyway. He strongly cautions against thinking that a “light touch” on religious matters is enough to keep kids in the fold. In fact, he is blunt: “If kids do not receive a clear and consistent message from their parents that religion is important, they are likely to simply conclude that it is not important” (emphasis added).

At the same time, what a parent does plays as essential a role in their child’s spiritual outcomes as what they say. By living out Biblical convictions, frequently talking about spiritual issues, and being willing to live in counter-cultural ways, parents convey that faith matters.

Much time and effort has gone into making church relevant and attractive to young people. This is not a bad thing, but the best strategy is still for churches to invest heavily into parents and family, equipping parents to disciple their own kids.

The best place to start is the same place it’s always been: in our own homes.