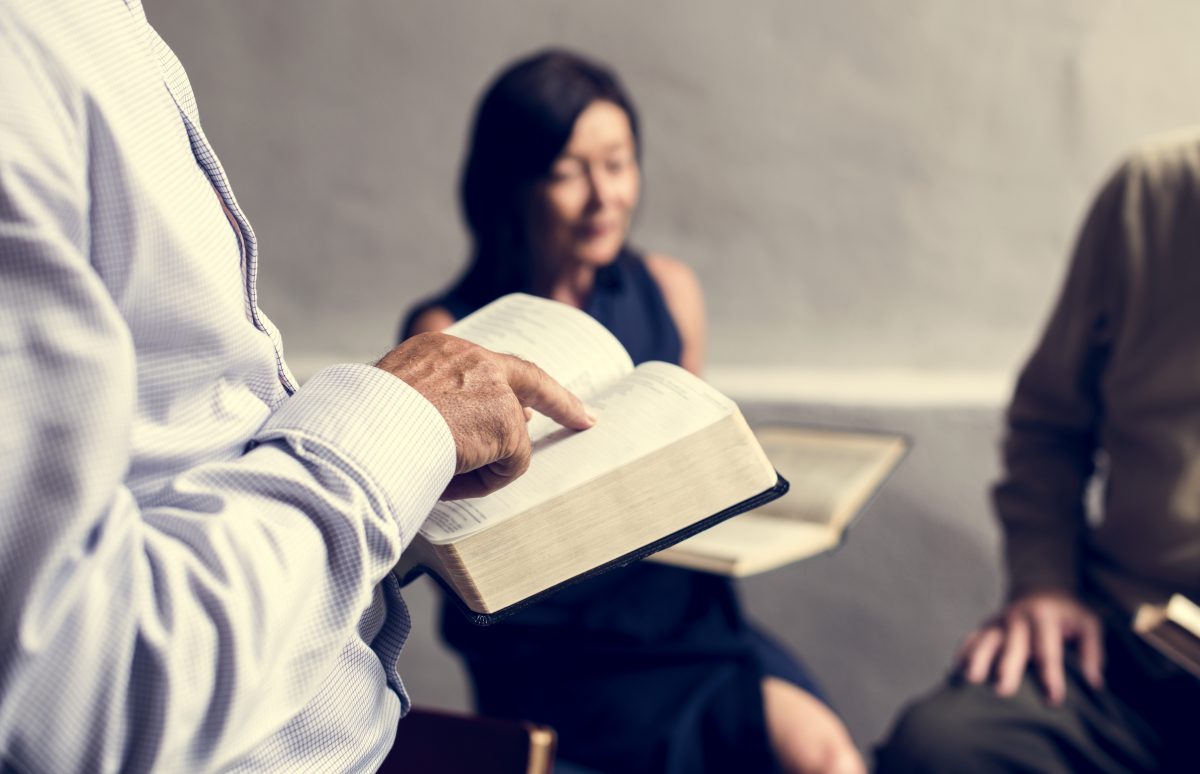 An agnostic historian just offered some interesting advice to Christians who want to be heard in a skeptical culture: “Preach the weird stuff.”

In a recent video interview with Glen Scrivener of Speak Life, Tom Holland, the award-winning historian of the ancient world and author of the book Dominion, said that Christians shouldn’t shy away from the things that make the Faith unique. For example, the idea that Jesus of Nazareth is both God and man, said Holland, “sets everything on its head.” In fact, it is the Incarnation that provides what Holland calls Christianity’s “strange singularity.”

Christians, especially in light of modern sensibilities, are tempted to downplay the supernatural dimension of the faith. Yet Holland asserts that Christians should insist on things like angels, demons, and miracles. Not only are these beliefs non-negotiable within historic, confessional Christianity, they are foundational to much of the world’s great art and literature. Christianity’s greatest contributions, the ones that literally transformed the world, as Holland documented in Dominion, are grounded in “the weird stuff” of Christianity.

Even better, these truths have stood the test of time. Perhaps that’s because they’re true!

In the early third century, the church father Tertullian wrote that the death and resurrection of Christ “is entirely credible, because it is unfitting . . . [and] it is certain, because it is impossible.” Tertullian understood that Christianity makes claims that people will find, at best, weird, and, at worst, offensive.

Even back then, people tried to make Christianity more palatable to contemporary ears. For example, the Gnostics, thinking the Incarnation and bodily resurrection were philosophical non-starters for the pagan world, remade Jesus into a sage and dispenser of hidden wisdom, and His physical resurrection into a spiritual one.

Fifteen hundred years later, in the so-called “Age of Enlightenment,” Christian ideas like the divinity of Christ, the Trinity, miracles, and the authority of Scripture were deemed to be insurmountable stumbling blocks for sophisticated minds, so, attempts were made, once again, to reinvent Jesus and Christianity to suit the spirit of the age: Jesus was a great teacher but not Divine, miracles had “reasonable” explanations, and Scripture could be scientifically scrutinized but still teach good morals.

Of course, the Jeffersonian attempts to remove the supernatural left no reason to accord Jesus a higher status than any other moral teacher or philosopher, despite the best attempts of people such as Friedrich Schleiermacher to win the intellectual approval of Christianity’s “cultured despisers.”

In other words, reimagining Jesus and Christianity to appeal to skeptics and unbelievers is nothing new. The result is always the same: We end up with a Jesus who looks nothing like the Jesus of history but looks an awful lot like the person doing the reinventing.

In the 1960s and 1970s, many American churches attempted to become “relevant” by embracing fashionable political causes while downplaying and even denying historic Christian orthodoxy. These churches have been hemorrhaging members ever since. Today, many have chosen to reimagine Jesus into the image of a social revolutionary or as a champion of the sexual revolution. Many of these churches face extinction.

Scholars may debate (and they do) whether or not the loss of members is caused by these attempts to be relevant, but a church that merely repeats the New York Times doesn’t give anyone a compelling reason to get out of bed on Sunday morning. Why sit through a boring sermon when there’s NPR?

What’s relevant to the larger culture will always be a moving target. As William Inge, the Dean of St. Paul’s Cathedral, once put it, “Whoever marries the spirit of this age will find himself a widower in the next.” Trying to win the approval of non-Christians by changing the message of Christianity is as much of a waste of time as it was in Tertullian’s day. Plus, the message of Christianity is True, which means we don’t have to make it relevant. It already is relevant—to reality!

Tom Holland is right. Let’s preach the Truth. God exists. Miracles happen. Jesus is God incarnate. He actually rose from the dead. Teach that He cares how we live, that He’s coming again to judge both the living and dead. You know, all that “weird stuff.”

Dominion: How the Christian Revolution Remade the World

Why Thomas Jefferson Rewrote the Bible Without Jesus’ Miracles and Resurrection