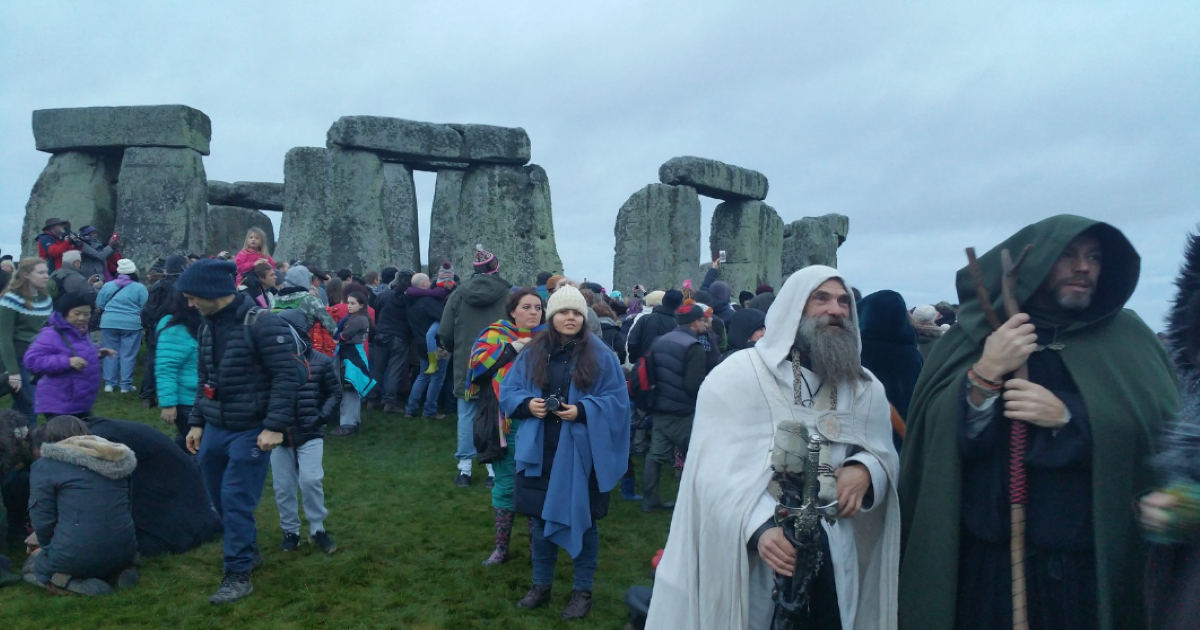 Unlike Wicca and other eclectic forms of Neo-Paganism, Reconstructionist Pagans try to recreate a single pre-Christian tradition, modifying or supplementing it as needed to fill in gaps in our historical knowledge or to adapt it to modern sensibilities (for example, by forgoing animal sacrifice). There is a tremendous variety of these movements, including Germanic (Heathenry), Slavic, Baltic, Celtic (Druidry), Ancient Egyptian (Kemetic), ancient Roman and Greek, Mesoamerican, Mesopotamian, …. Even Mongolian shamanism falls into this category since it is an attempted reconstruction of Tengrism, Mongolia’s ancient faith, supplemented by Siberian Shamanism.

It is obviously impossible in these articles to attempt a summary of all these movements. Instead, we will focus on Heathenry as an example of the issues that these reconstructionist movements face.

First, a word on terminology. Heathenry is a general term for these religions. A variety of other more specific terms are used in different traditions: Norse Heathenry includes Asatru and Vanatru, among others; Anglo-Saxon traditions include Theodism and Fyrnsidu; German traditions frequently use the term Irminism. Those who emphasize ethnicity (and often far right politics and racism) generally use terms like Odinism, Odalism, Wotanism, or Wodanism.

A major problem Heathens face is the scarcity of historical sources for Northern European pre-Christian belief and practices; in fact, we have far more texts for ancient Egyptian religion than we do for the Norse and Germanic. We know something of their religion and worldview through sources like the Elder Edda and the Poetic Edda from Iceland, and through sagas we get a limited picture of some religious practices. Oddly enough, Heathens also rely on sources such as Beowulf and the Nibelungenlied which were written by Christians, in the latter case centuries after the pagan religions had died out. Along with the written sources, we can glean some information from archaeological remains, but in the end, there is far more that we do not know about Norse and Germanic religion than that we do know.

A major problem Heathens face is the scarcity of historical sources for Northern European pre-Christian belief and practices; in fact, we have far more texts for ancient Egyptian religion than we do for the Norse and Germanic.

The Gods and the World

Heathenry is a polytheistic religion. It worships gods such as Odin/Wotan, Thor, Freyja, Tyr, and the other deities of Norse and Germanic mythology. Although some heathens see these not as literal beings but as symbolic personifications of Jungian archetypes, most believe they are actual beings.

We live in Midgard, Middle Earth, one of Nine Worlds. These are each inhabited by other beings, including the gods, dwarfs, and elves. The worlds are all tied together by Yggdrasil, the World Tree. Heathens are also animists: they believe that the world also contains spirits (“wights”) which may be connected to the inhabitants of other worlds—gnomes, dwarfs, elves, etc. These wights include spirits of geographic features and household spirits. Some Heathens are also pantheists, believing that the universe is permeated with divine energy. For all these reasons, many Heathens see Heathenry as a nature religion and support ecological causes.

Although most Heathens are solitary practitioners, others form groups that go by a variety of names, including kindreds, hearths, tribes, or fellowships. These are generally small, sometimes only a single family. The hearths usually number from 5 to 15 people, though they generally will network with other Heathen groups in their area. They are led by priests (godhi) or priestesses (gydhja) who are primarily responsible for leading the group’s rituals.

Rituals are usually done outside, though there are some buildings that function as dedicated Heathen shrines or temples. Participants frequently dress in early medieval garb for their rituals. Typical practices include rites of passage, seasonal celebrations, oath-taking, and rites honoring specific gods or addressing needs in the community. The most important rite in Heathenry is the blót, a ceremonial offering of mead to the gods. This is sometimes followed by the sumbel, in which a drinking horn of mead is passed around and participants toast gods and heroes and take oaths or make promises about future actions. This rite serves important social roles establishing and cementing relationships within the community.

Other practices involve altered states of consciousness induced by drumming, chanting, and sometimes hallucinogenic substances. These are seen as opening channels of communication with deities. Some groups also practice divination using runes (i.e. letters of an ancient Germanic alphabet inscribed on stones); a minority of hearths also practice magic, though most do not since there is no clear evidence that the ancient pagans did so.

Heathen ethical and moral standards are based on their understanding of early medieval or iron age culture. They emphasize virtues such as courage, honor, integrity, hospitality, hard work, individual responsibility, and loyalty to the family.

Heathen ethical and moral standards are based on their understanding of early medieval or iron age culture. They emphasize virtues such as courage, honor, integrity, hospitality, hard work, individual responsibility, and loyalty to the family. Some specifically follow the Nine Noble Virtues (courage, truth, honor, fidelity, discipline, hospitality, self-reliance, industriousness, and perseverance) from the Poetic Edda, though others reject that as an imitation of the Ten Commandments. Heathens often favor traditional gender roles with a very strong emphasis on men as providers and women as responsible for hearth and home, though this is changing particularly in Northern Europe. Because of their emphasis on family, right-wing groups tend to reject homosexuals as sexual deviants, though most other Heathen groups are open to same sex relationships and transgenders.

Like many other Reconstructionist Pagans, Heathens have to deal with the implications of race for their religious beliefs. They have come up with a range of approaches to the issues, ranging from embracing different ethnicities to white supremacy and virulent racism. We will explore this and related topics in the next article.