Remembering January 6 by Missing the Point - Breakpoint
Give today to learn what it means to be a thoughtful Christian!
Skip to content 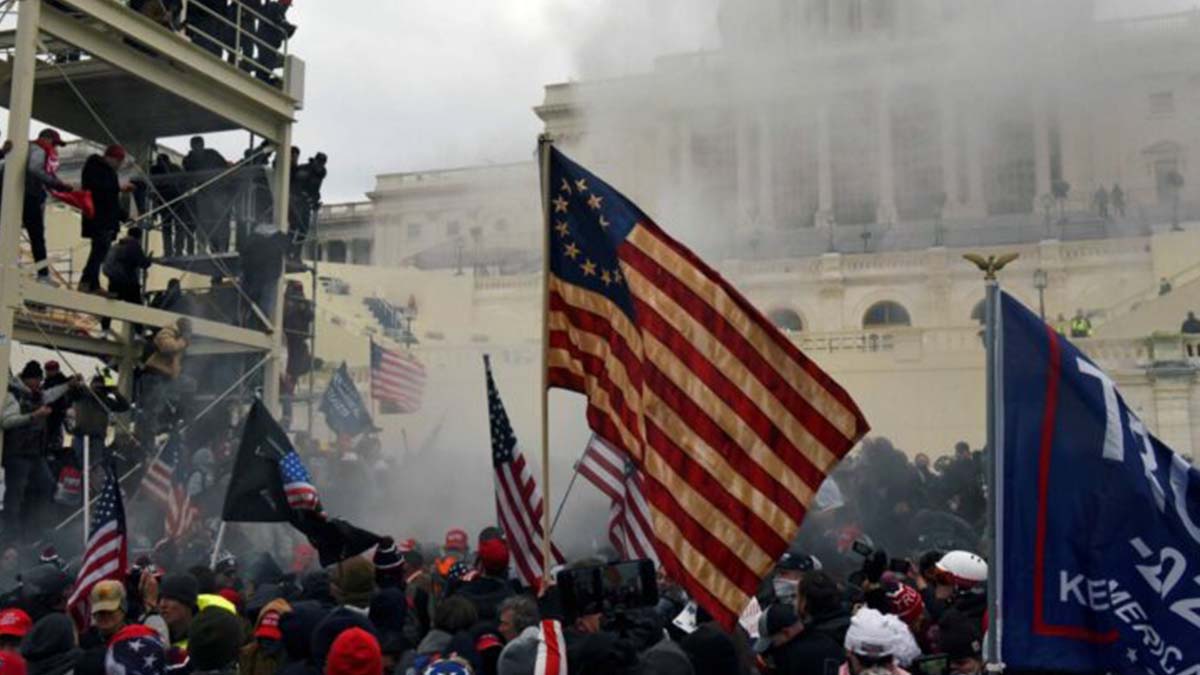 
Remembering January 6 by Missing the Point

“What people once expected from the Almighty, they now expect from the almighty bureaucracy. That’s a bad trade for anyone, but for the Christian, it’s rank idolatry.” This observation, made by Chuck Colson in his book, God and Government, is as true today as when he wrote it. In fact, all the evidence needed to prove that America has made the “bad trade” Chuck described, was on full display last week.

Most of the commentary reflecting on the anniversary of the January 6 riots at the U.S. Capitol was basically as expected. Voices on the left, most notably the Vice-President, attempted to place the day within the pantheon of America’s darkest hours alongside 9/11 and the attack on Pearl Harbor. Of course, this was more rhetoric than reality, less about “never forgetting” and more about advancing progressive agenda items and attempting to preemptively salvage the midterms.

Though many on the right denounced the violence from January 6, others repeated the widely discredited theory that it was a “false-flag” event. Others went as far as to describe it as something to celebrate. Senator Ted Cruz applied the term “terrorism,” before backpedaling furiously on Tucker Carlson’s show.

In other words, a discouraging number of voices, pundits, and leaders chose to reduce the day to a pre-determined set of political talking points, and therefore largely missed the point. At a moment where we so desperately need better thinking about our national experiment, we were served breathless partisan outrage instead.

The irony, of course, is that breathless outrage may be the only bipartisan activity remaining in this deeply divided age. Two-thirds of Americans now doubt the integrity of our elections, which means that cynics come from either side of the aisle depending on who wins. And, according to these same voices, each and every news story, whether political or not, must be understood as a referendum on our very democracy, which is at stake.

Of course, democracies are put at risk by bad policies and politicians and, in many ways, ours is up for grabs at the moment. Still, whenever that happens, much bigger problems, that are upstream from whatever election, policy, candidate, or riot of the moment, are revealed. Politics is an unavoidable part of life, but it’s never good when politics becomes life… not for an individual nor for a society. A few decades ago, the slogan “the personal is political” was coined as a way of calling the state to enlarge personal freedoms. Today, our slogan may as well be the reverse. “The political is personal,” especially when the state and the political process are expected to determine morality, humanity, or reality.

Politics, however, cannot carry that kind of weight. Only what is transcendent can determine what is good, what is just, and what is true. As Christianity fades in our nation’s collective memory, we increasingly look to politics as its substitute. It’s a poor one because the pragmatic can never replace the transcendent.

Put differently, politics makes for a lousy worldview. Like lenses through which we see reality, worldviews either enable or prevent us from seeing the world clearly. Any worldview built on the political alone will be the wrong prescription and will leave us with blind spots. For example, we’ll imagine individual leaders as either demi-gods or devils. In reality, they simply lack the power to bring either the glory they promise or the ruin we fear.

“To think of everything as political,” wrote Jacques Ellul in The Political Illusion,

“to conceal everything by using this word…, to place everything in the hands of the state, to appeal to the state in all circumstances, to subordinate the problems of the individual to those of the group, to believe that political affairs are on everybody’s level and that everybody is qualified to deal with them—these factors characterize the politicization of modern man and, as such, comprise a myth. The myth then reveals itself in beliefs and, as a result, easily elicits almost religious fervor.”

In our case, it’s no longer “almost.” In many ways, politics is all that’s left. The state is increasingly inseparable and often indistinguishable from the rest of culture. The vast variety of pre-and non-governmental life, from family to neighborhoods to worship to what Edmund Burke called “the little platoons” of society, have all become quite thin. That’s neither healthy nor sustainable.

In response, some have called Christians away from politics altogether, and even away from the love of country. However, we must not trade one error for another. We are not called to a pietistic, disembodied love of the human race. God calls His people to love particular neighbors in particular communities of particular nations within a particular cultural moment. To love our neighbors, to seek the welfare of the city, and to live faithfully to God in the time and place to which He has called us, will require more of us than just political engagement, but certainly not less.

As Brian Mattson recently put it in a helpful essay, “it’s ‘walk-and-chew-gum-at-the-same-time’ time again.” Neither our faith nor our despair belongs placed in the idols of political parties or candidates. God has called us to this time and this place. Therefore, we cannot abandon our political moment no matter how messy it gets. Conversely, we should never treat our politics as if it’s greater than the One who calls us.