Rivendell and the Imperative of Rest
Learn how to make abortion unthinkable by giving your gift of any amount today!
Skip to content 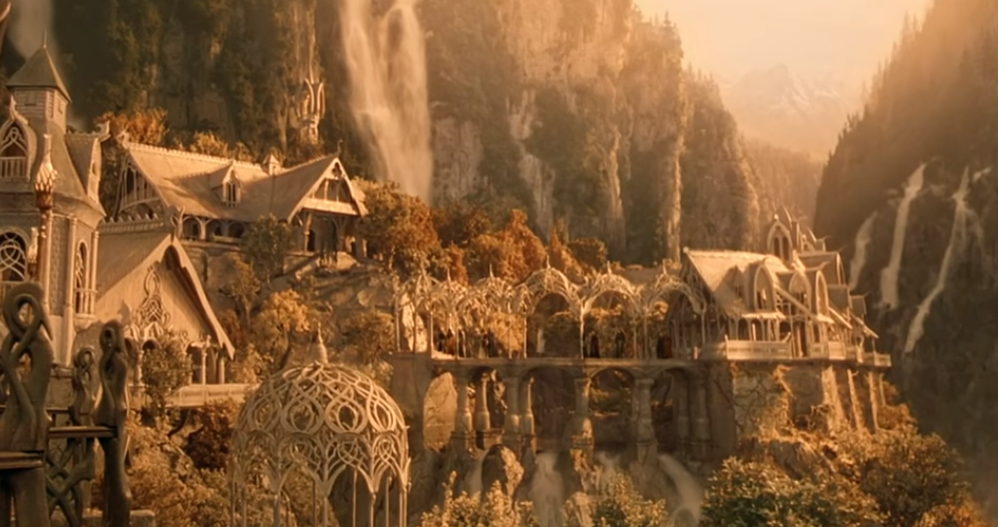 
Rivendell and the Imperative of Rest

There was a time, not too many years ago, when I judged my life by how tired I was. I didn’t feel good about myself unless I felt bad. More than six hours of sleep a night meant I was being lazy, lack of stress meant I needed to work more, and bag-less eyes “obviously” meant that I wasn’t trying hard enough. If I wasn’t suffering from sheer exhaustion, then I wasn’t serving God.

Not only was this rather unintelligent and decidedly unhealthy, this was pushing back against the revealed will and word of God. It may not get as much press as the other parts of the Decalogue, but you can be sure that if it’s important enough to put in the Ten Commandments, then it matters to God that you get your rest.

Rest. It’s a hard thing for us to do. Americans in particular aren’t all that comfortable with stillness. Oh, we take our vacations, but they’re busy vacations. We work hard, and we play hard. We’ve got our downtime, but how often is it restful time? We get done with work, and we watch TV, or play video games, or do . . . something . . . anything.

This doesn’t mean that we’re necessarily being productive; we can even be downright lazy in our frantic activities. As Glenn Sunshine has noted, there’s no necessary conflict between sloth and busyness. Neither is there a contradiction between Christianity calling human beings to avoid laziness and to seek rest. Each of these is a recognition that we are created beings.

We see this in some of our favorite stories. In J. R. R. Tolkien’s epic tales, the half-pint heroes go on a grand journey. Or, two journeys if you throw in The Hobbit. Now, it’s understandable that most of our attention veers towards the adventurous – the battles, the escapes, the monsters, and so on – but don’t underestimate the importance of the times of rest, the times of stillness and refreshment, without which none of the great victories could have been won.

In the first of these books, Bilbo Baggins and his troop of dwarves are on a classical quest. Along the way they face the weather, goblins, giant spiders, hostile elves, and, perhaps most of all, their own weariness. As they journey towards the Lonely Mountain, they reach the end of themselves several times, only to be rejuvenated each time. First, they stay for a time in “the Last Homely House,” Rivendell, home to Elrond. There, they receive counsel, food, and a nice, warm bed.

Later, after surviving the goblins under the Misty Mountains and a seemingly unescapable trap in the trees, they are whisked away to safety by the Eagles. Still battered and bruised by their travails, they seek and find shelter in the House of Beorn. For a few days they eat and drink and sleep, and, in this simple way, they renew both their strength and resolve for the journey ahead.

Finally, in the last chance for repose before the final conflict, they recover from their tribulation encountered in the Forest of Mirkwood. After having been worn out by the dark road, nearly eaten by sentient spiders, and captured by elves, they recover their health and will to continue through a few days of food and sleep in Lake Town.

The same theme extends to the larger follow-up series, known collectively as The Lord of the Rings, particularly in the first of these, The Fellowship of the Ring. Barely out of their homeland, the hobbits lose their way in the woods and are nearly swallowed whole by a particularly ungracious willow tree. Following this arboreal assault, they spend a few precious days in the home of the enigmatic Tom Bombadil.

Later on, after playing cat-and-mouse with the Ringwraiths, Frodo and his companions follow the path of his uncle and find both Bilbo and shelter among the elves at Rivendell. While much attention is paid to the (perhaps overlong) Council of Elrond which laid out the plan to destroy the Ring, we shouldn’t forget the refueling power of the Last Homely House. They do little but eat, and sleep, and sing, but that’s just what they need.

Finally, not long before the end of this initial volume, the little band recovers in Lothlórien, the realm of Celeborn and Galadriel. Here, in a land in which time never seems to pass, the hobbits and their comrades find healing, both for their physical pain and weariness, and for the loss of one of their own. Once this time is done, they set out once more on the quest assigned to them.

In each of these we see the same thing; the task before them was too much for them to bear indefinitely, but, after a period of rest, they were able to renew their travels with greater strength and surer hope.

For a lot of folks, like yours truly, finding something in Tolkien or Lewis is all the justification we need to set our course in life. But, fortunately, we see this same pattern revealed in God’s word. There are passing remarks such as when Jonathan takes a break and his eyes brighten when he eats some honey, and there are more substantial accounts where the labor of life drives our heroes of faith to fall into deep depression.

Think of Moses who is so stressed and overwhelmed by trying to do it all that he very nearly gives up and even asks God to kill him in his despair. The solution was not a theological treatise or even a rousing speech, but, instead, he is wisely counseled by his father-in-law to seek help, to find others who can take up from him some of the load he’d foolishly been attempting to carry himself.

Think of Elijah after his great victory over the prophets of Baal. Once the literal mountaintop experience is done and he comes down from its accompanying emotional high, he crashes low into his own slough of despond. After he, too, calls for death, he is confronted by an angel. This celestial being doesn’t grant him a vision or rebuke him for his sorrow. No, he makes Elijah eat and drink and sleep.

Even Christ Himself needed rest. When He met the Samaritan woman at the well, it’s implied that He did not go into the city with His disciples because, “wearied as he was from his journey,” He needed to sit down for a while. Later, right before one of His most famous miracles, Jesus heard that His friend, John the Baptist, had been killed. He didn’t just plow ahead with His work but tried to find some time to be alone, to grieve, to heal from the pain of his loss.

If these saints can become overwhelmed with the work before them, if Jesus can become weary and need to step back, what bothers so many of us about rest? I think the trouble we have is that we conflate being finite with being fallen. Fallenness is our sin nature, that part of us which is bent, corrupted, marred by sin.

We often speak of this as “weakness,” and it is, after a fashion. But this moral weakness is not the same as what comes from weariness. Yes, sometimes in our weariness, our moral strength may weaken, but being rundown, being tired from our day’s work, being overwhelmed by the sheer bigness of life’s struggles; these are not sin. Not being able to work on without a break is no more a sign of unfaithfulness or sin than not being able “leap tall buildings in a single bound.” To take the time to rest is to admit the obvious; you’re a finite being for whom running on empty is not a practical solution to a heavy workload.

Think of it this way. Notice how many times “re” words have fit into this conversation. Restore, Renew, Recover, Rejuvenate, and so on. This is the key to rest, as well as its distinction from mere laziness. With laziness, the purpose is to live a life of comfort. With rest, the goal is to refresh what has been lost so that the journey may be renewed.

The work of life is hard, and it will take from us more than we replenish if we keep going. As Christians we are called to certain tasks in our lives. While there are many things to enjoy about our lives, and often in the work itself, we are not here of our own accord or for our own pleasure but for the sake of the One who has created us.

Being created means that we are not our own. We are destined for a purpose above and beyond our own interests and more important than our individual sense of satisfaction. As much as this means that we are not to live for our comfort, pleasure, and ease, it also means that we are not to run ourselves into the ground. As creatures of a God who has plans for us, and as Image Bearers of a Person who prizes us, we are called to take proper rest so that we can live out the task He has placed before us.

Your own personal Rivendell might not be a secluded elvish sanctuary, safe from roving bands of goblins, but you’re as much in need of its refreshing power as Bilbo or Frodo ever were. Yes, you should work hard, but work yourself tired, not exhausted. You’ll be of no use to anyone if you’re so drained from trying to prove you’re infinite that your finiteness comes crashing down upon you. The same God who has called you to your work has called you to take your rest. You cannot obey Him well in the one if you disobey Him in the other.