“Seeing Jesus from the East” - BreakPoint
Skip to content 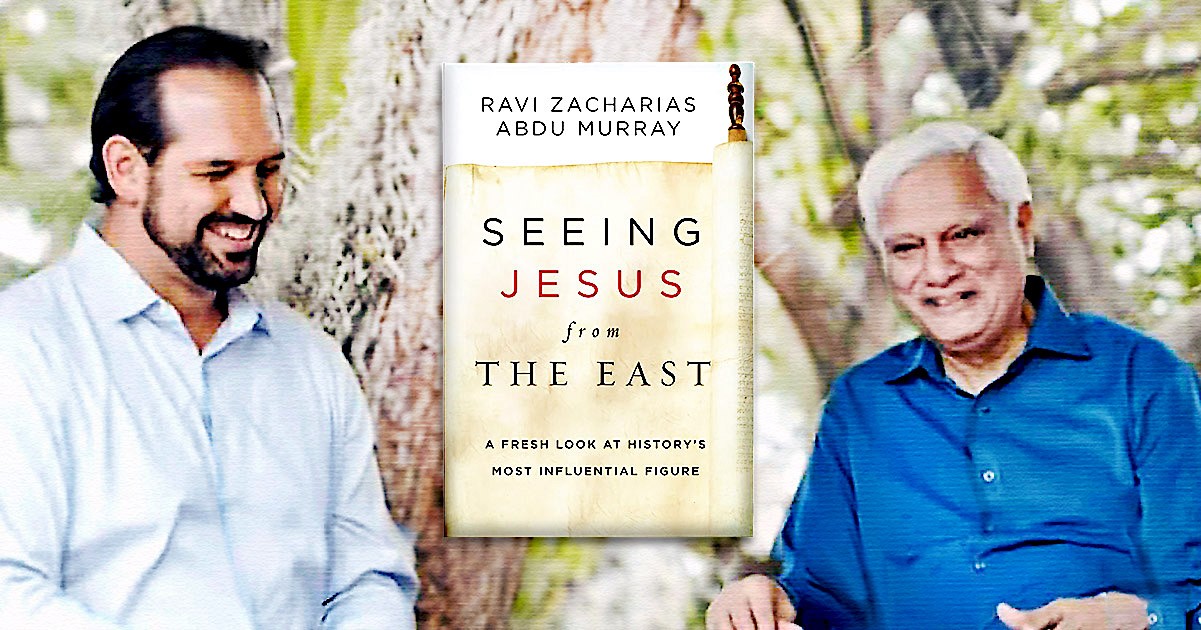 
“Seeing Jesus from the East”

A Much-Needed Perspective for Western Eyes

Recently, in the midst of our national conversation about race, justice, and statues, left-wing activist Shaun King tweeted: “Yes, I think the statues of the white European they claim is Jesus should also come down. They are a form of white supremacy.”

And that He was is no incidental or accidental part of the redemption story. Throughout Holy Scripture, God reveals Himself as a God of time and place. In Galatians, for example, Paul tells us that God orchestrated the incarnation at just the right time and in just the right place in human history.

For modern Western Christians, that time, that place, and that culture can seem mysterious and even inaccessible. That’s why I’m grateful for the outstanding new book by the late Ravi Zacharias and his co-laborer at RZIM, Abdu Murray: Seeing Jesus from the East: A Fresh Look at History’s Most Influential Figure.

The idea for this ground-breaking work on culture, apologetics, and the life of Jesus originated from the late apologist and former Muslim Nabeel Qureshi. After Nabeel’s untimely death, Ravi Zacharias, who himself was originally from India, asked Abdu Murray, whose family originally came from Lebanon, to help carry the project through.

As he recently told me on a webinar, the fact that first Nabeel and now Ravi are with Jesus and see Him with full clarity, is an especially meaningful thing for Abdu who hopes this book will help Western Christians better see Jesus by understanding His Eastern roots. Like Ravi, Abdu is particularly skilled at connecting dots between culture, personal stories, and timeless Truth.

Tragically, even as our society comes to grips with the importance of culture and background in our national conversations about race and history, so many who are committed to tearing down or vandalizing statues of George Washington and even Ulysses S. Grant, can only see through their 21st century eyes. The lack of context and their lack of understanding of cultural artifacts and history are profound blindspots. In the same way, our lack of understanding of the cultural artifacts and history of the Middle Eastern context of Jesus’ life and ministry is a blindspot too.

In Seeing Jesus from the East, Ravi and Abdu explain how certain underlying norms of Eastern culture, including the role and purpose of stories and symbols, the power of the “honor and shame” mentality that pervades the East, the meaning and rewards of sacrifice, the role of teachers and prophets within a wisdom-oriented culture, and – my favorite – the use of parables, are all critical to understand if we are to comprehend the full biblical witness about Jesus Christ.

Seeing afresh the accounts of Jesus’ temptation in the wilderness, or His transfiguration and confab with Moses and Elijah, or His parable of the day workers with the insights that would jump off the page to someone from the East is not only instructive. It’s inspiring.

Even more, it underscores a critical theological insight of Christianity that is not found in other religions. In every other religion, God or the divine is understood either in terms of immanence or transcendence. Either God is outside of time and, in a sense, aloof to the human condition (as in Islam), or the gods are within the world, part of it like we are (as in Hinduism). Only in Christianity is the timeless, transcendent Creator of all also immanent to human beings and within human history.

“I hope that people who read this who are from the West,” says Abdu, “will see that He is not this imperialistic God of the Westesrners to control brown people . . . and those from the East [will see] that He is not a Western god, He is a God who bridges both.”

You can receive a copy of Seeing Jesus from the East with a gift of any amount to the Colson Center during the month of July. Not only will you receive a tremendous resource, but you will enable the Colson Center to continue to equip thousands of other believers through daily BreakPoint commentaries, our ever-growing library of What Would You Say? videos, and our virtual training conferences such as Truth Love Together.

Go to BreakPoint.org/July to request a copy of Seeing Jesus from the East.

Abdu Murray Webinar on “Seeing Jesus from the East”

How Jesus Bridges the East and the West