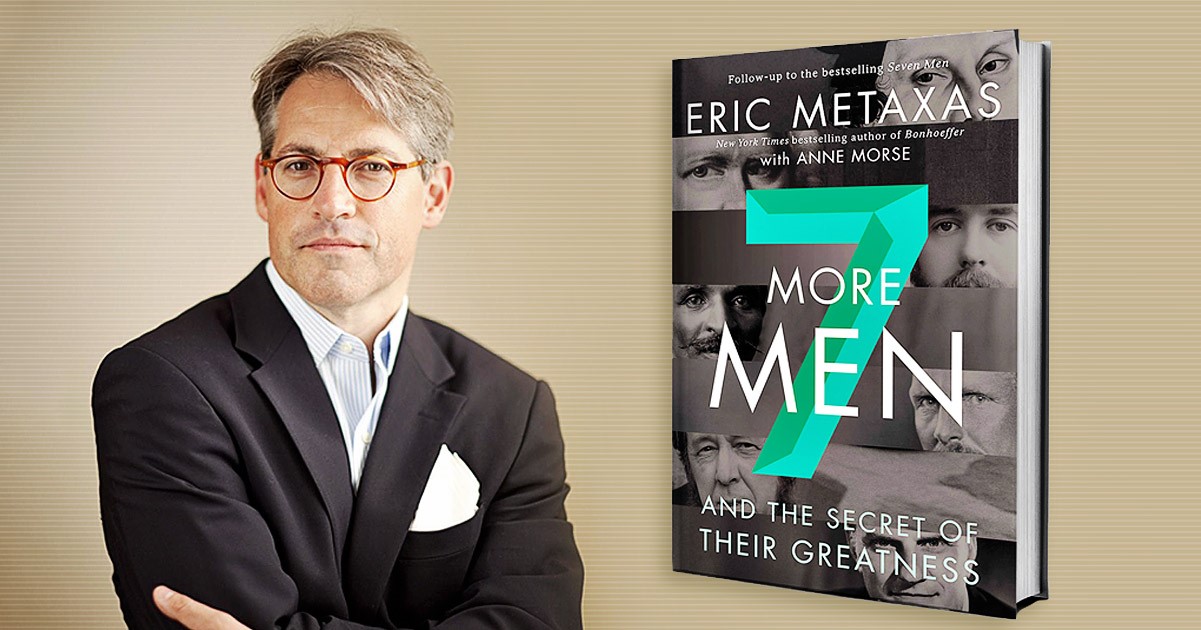 
Seven More Men and the Secret of Their Greatness

An Interview with Eric Metaxas

Biographer, apologist, former BreakPoint co-host, and host of the popular radio show bearing his name, Eric Metaxas joins Shane Morris on the BreakPoint podcast to talk about his new book, Seven More Men and the Secret of Their Greatness.

Eric talks about his desire to re-introduce true heroes of the faith to modern believers, men like preacher George Whitfield, whom Eric asserts played just as much a role in the founding of the United States as George Washington; Aleksandr Solzhenitsyn, ardent anti-Communist and also a severe critic of the increasingly secular West; and Sgt. Alvin York, arguably America’s greatest war hero of the 20th century, a humble Christian man whose exploits in WWI seem to have long been forgotten.

7 More Men: And the Secret of Their Greatness, by Eric Metaxas, available at the BreakPoint online book store.

Join us at the free online event, “Truth. Love. Together”!