Singing Our Sorrows: The Hope of the Psalms in our Times of Despair
Join us in helping to equip and renew the Church with a Christian worldview by giving before our fiscal-year ends!
Skip to content 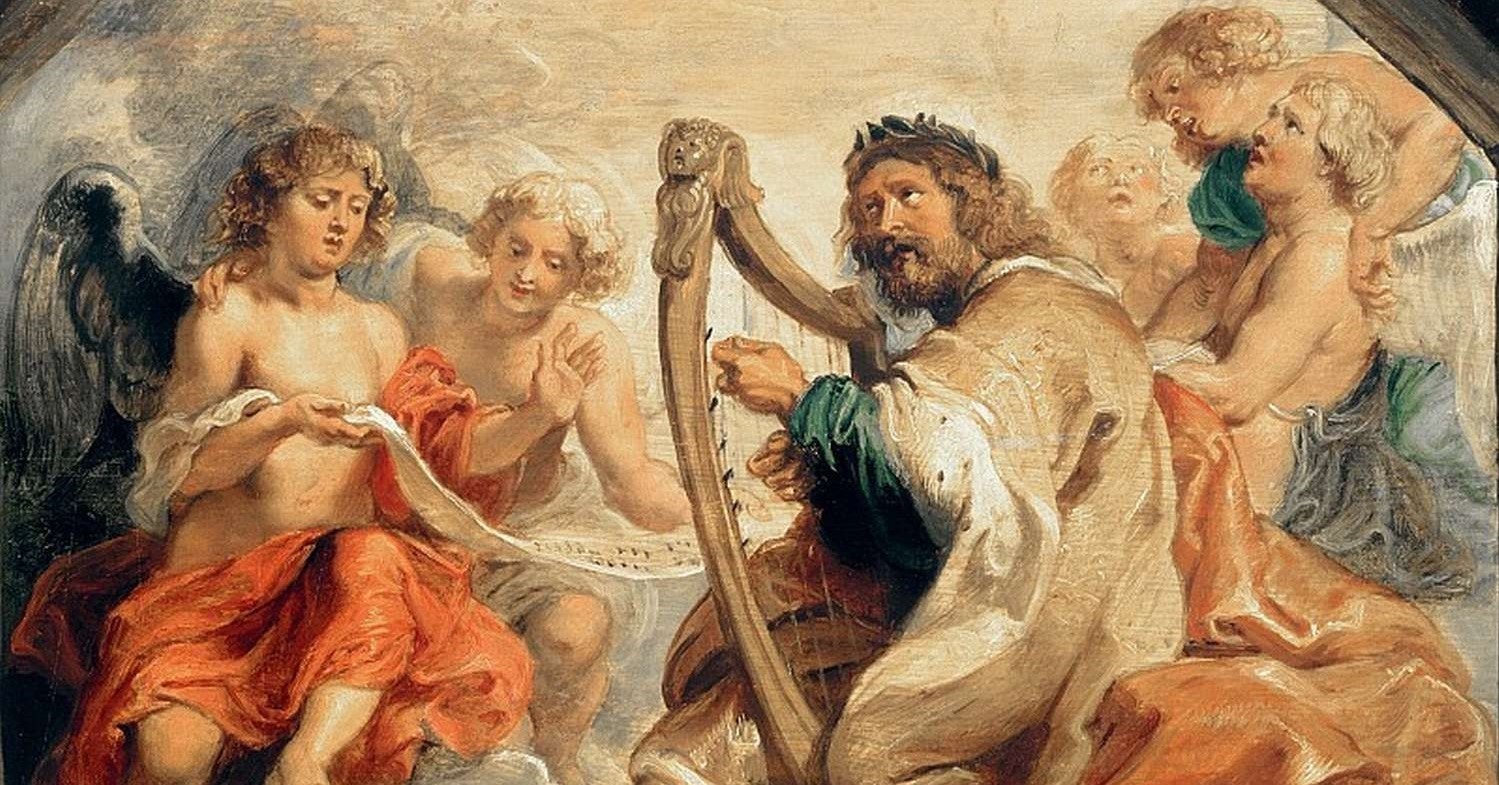 
Singing Our Sorrows: The Hope of the Psalms in our Times of Despair

“I have said these things to you, that in me you may have peace. In the world you will have tribulation. But take heart; I have overcome the world.” – John 16:33

Recently on BreakPoint, we had a series of articles and podcasts on the spate of celebrity suicides afflicting our land. Many readers responded with explanations, some more extraordinary than others. A few suggested that it was purely a medical problem; others retorted that it was entirely a spiritual issue. While these suggestions often had little in common, they shared the idea there was in fact an explanation, that such dark nights of despair could be fixed, provided that certain steps were followed.

As admirable as these were in that they truly hoped to heal the suffering of the people around us, they operated under a different understanding of the nature of human suffering than what we see in the Bible, most poignantly in the Psalms.

The Psalms don’t act as though our pains are not real or not deep and abiding. Instead, when we read through this divine poetry, we see both a hard-edged realism about the harshness of life as well as the firm conviction that God hears us. He not only hears us, but He is doing something about it. One day, on The Day, He will make it right; He will make all things new.

Have you ever had a moment when praising God was about the last thing you wanted to do? It’s easy to say nice things when things are going well. Not so much when times are hard. Maybe it’s when life just doesn’t seem to be going your way, when you simply can’t catch a break. For others, maybe it’s a bit more. Or more than a bit. How are you supposed to praise God for His goodness when you can never quite grab ahold of that goodness yourself? What can words of praise and thanksgiving do for you then?

When we are dancing with what Winston Churchill called the “black dog” of depression, we cannot see anything good before us. What we need then is to be reminded of the goodness of God, to be reminded that our present emotional state is not the definitive statement on the nature of the universe.

It’s like the famous scene in “Casablanca” when they sing “La Marseillaise.” At that moment, the people in the café have no hope. Nor can they see reason for hope in the future. The Germans have won and all the lights of Europe are going out. You can see it in their eyes. They have that same despair we so often feel. But then they sing. They sing the proud anthem of a proud nation, and they restore their pride. They restore their hope. The circumstances have not changed. The Nazi boot is still on their throat, but in singing, and in singing together they regain the ability to go on and fight another day. They can live another day.

By praising God for His goodness and thanking Him for his faithfulness our eyes are lifted up from our inner darkness and a flickering light is kindled within our hearts, shining out when nothing else shows us the way. Worshiping God takes our eyes from our despairing moment and points us to His eternal glory.

Counterintuitively, lament and imprecatory psalms give us hope as well. Lament is not something we often do in American Christianity. It seems somehow faithless. To complain about the way life is going, to mourn that our hopes have been dashed? How is that trusting God? Likewise, to express anger seems wrong, even unChristlike. Aren’t we supposed to be filled with joy?

The Bible does indeed speak of a peace that passes understanding, but it also speaks of great sadness, even despair. There is a whole series of psalms which begin in frustration but end in hope. Following the pattern of praise psalms above, the singer is able to restore his hope in God. Before, he despaired because all he saw was darkness, but now he is able to lift his head. Just as Sam’s speech to Frodo gives him strength to go on by reminding him that there’s good in the world, we, too, are reminded that the real pains of our present moment are not the whole of existence.

That’s great. Sometimes, that’s what we need. We need to be reminded that there’s a world out there bigger than our problems, and as God has been with us in the past, so we can trust Him to be there again. Sometimes, however, that’s not enough. It’s one thing to sing those songs on the upswing, when the waves of our emotions carry us up again into the light of hope. It’s quite another when those same waves have kept us deep in the troughs of despair. Reminders that “this too, shall pass” aren’t much help when it hasn’t passed yet.

We see this same feeling in psalms as well. Psalm 88 begins much as the others do. The poet expresses his despair over his lot in life, and we expect him to rise again once God’s faithfulness is recounted. But he doesn’t. He doesn’t rise again. He doesn’t remember God’s love. He just weeps. The final line betrays no expectation of hope. “Darkness is my closest friend.” This is like Billie Holiday’s famous song, “Strange Fruit;” no explanation of the goodness of God, only a recognition that the world is broken.

As strange as it might seem, this psalm is very encouraging to me. It speaks to me when I can’t hear hope, when I can’t feel God’s loving hand in my life, when I can’t see the light. It reminds me that God is not ashamed of my pain. He hears it, He acknowledges it, and says that I can, as His beloved child, come to Him and say, “I’m hurt! Help me!” He does not ask that I wait until I’ve got my life together before hearing my cries for mercy.

The same thing applies with imprecatory psalms. These psalms of anger, even hate, seem out of place in a book of religion, but they are fully at home in the full story of God’s redeeming acts. We read in Psalm 137 of the Psalmist’s desire to smash the babies of his enemies against the rock. We read this and feel uncomfortable. We wonder why this is in the Bible and whether the author was an awful person.

But, within our hearts, we have to acknowledge that we’ve had moments like this, moments where we don’t want an explanation of God’s goodness but a demonstration of His wrath. There are those times when we see something awful and we want justice, now!

These psalms affirm our sense that there’s something wrong with the world, that we are right to be angry about things. They speak of the author’s pain in its realness and rawness. They remind us that God is not afraid of our anger. He, too, is angry. He is angry at the effects of sin in this world, the sin which we have committed ourselves. These psalms, these imprecatory words, remind us that we can come to Him in our anger and demand that He do something about it.

Left here, we’d remain in our despair. Oh, it’s nice and all to know that we can weep in our sadness and scream in our rage. It’s a broken world. We ought to mourn and demand that justice be done, but what good will that do if justice is not done, if all things are not made new? This might be cathartic, but it would bring no hope of a truly better world to come.

This is where the beauty of the Messianic psalms comes in. Think of Psalm 2 where the Son on Zion brings justice by His rule and Psalm 110 where a coming Priest-King will execute judgment. In them we see that the Psalms are not merely the expression of human joys and griefs. They are the promise that our joys will be fulfilled and our griefs redeemed.

God isn’t just a supernatural counselor who aids us by allowing us to get things off our chest. He is the Creator of a good creation who is even now working to undermine the effects of the Fall. He is the Redeemer who did not leave us to our fate but entered into our broken lives and let the life of His dear Son be broken on our behalf that one day His creation would be Restored.

When we read of the despair of others, strong enough to drive them to suicide, or when we feel this cold grasp reaching around our hearts, the Psalms give us permission to weep. They give us permission to mourn for the broken state of the world out there and the brokenness we carry with us wherever we go. We don’t have to pretend that we’ve got it all together, because we don’t.

But the Psalms do more than this; they give us hope. They give us the hope by lifting our eyes from ourselves and “this” moment so that we recall God’s eternal goodness and faithfulness to us and to His church. They give us hope that God did not consider His divine privileges something to be grasped but lowered Himself to live among us and die on account of us. The remind us that one day, on The Day, He will indeed make all things new.