Supreme Court Affirms Religious Institutions Are Allowed to Be Religious - BreakPoint
Learn how to make abortion unthinkable by giving your gift of any amount today!
Skip to content 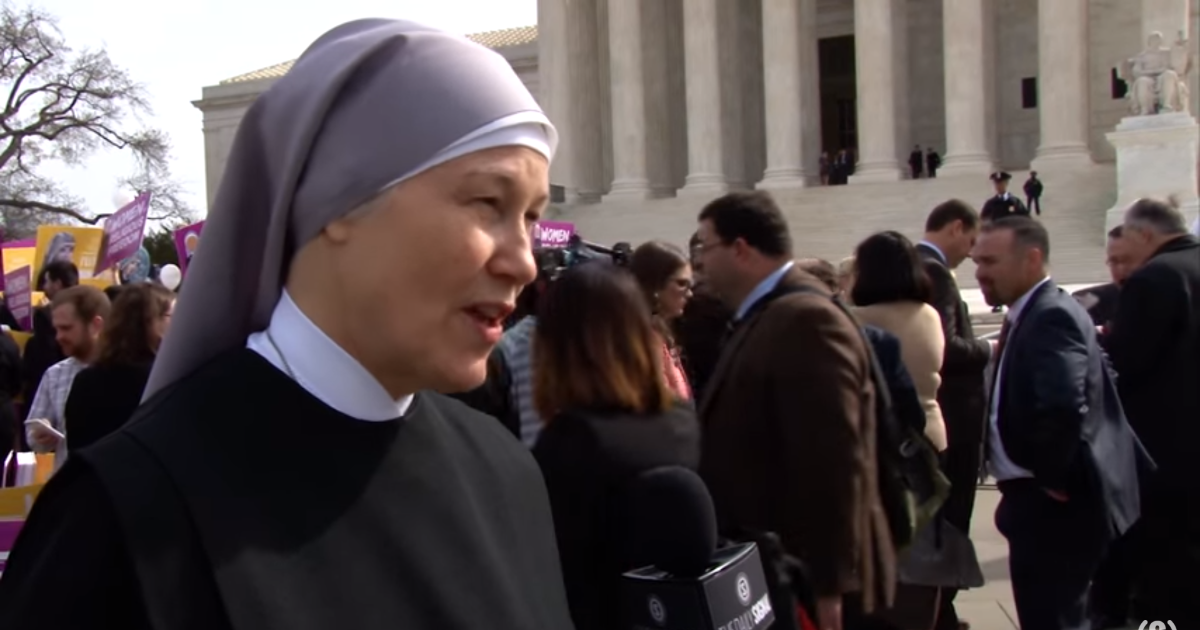 
Supreme Court Affirms Religious Institutions Are Allowed to Be Religious

In a somewhat dizzying (but which will prove, I think, pivotal) few weeks at the Supreme Court, religious freedom has taken center stage. In two significant decisions yesterday, the Court protected our First Amendment’s First Freedom.

The first case, Little Sisters of the Poor v. Pennsylvania, was the third time a group of nuns visited the nation’s highest court, and the latest installment in their nearly 10-year-battle against the HHS Contraceptive Mandate. In 2017, a regulation issued by the Trump administration exempted the Little Sisters and any employers “with sincerely held moral convictions opposed to . . . some or all contraceptive or sterilization methods,” from the Obamacare mandate which required them to provide and pay for the coverage.

The state of Pennsylvania challenged that exemption, and the Third Circuit court ruled in the state’s favor. Yesterday, with a 7-2 vote, the Supreme Court reversed the appeals court.

Justice Clarence Thomas authored the opinion for the majority: “For over 150 years, the Little Sisters have engaged in faithful service and sacrifice, motivated by a religious calling to surrender all for the sake of their brother . . . But for the past seven years, they—like many other religious objectors who have participated in the litigation and rulemakings leading up to today’s decision— have had to fight for the ability to continue in their noble work without violating their sincerely held religious beliefs.”

While the Little Sisters’ long battle seems to finally be over, it’s conceivable that another administration could replace the Trump administration regulation with something less sympathetic to religious organizations. That would spark another round of judicial challenges, local court rulings, and appeals.

The more decisive decision issued by the Court yesterday came in the case known as Our Lady of Guadalupe School v. Morrisey-Berru. Two Catholic schools in California who chose not to renew the contracts of two fifth-grade teachers “due to poor performance,” including “failure to follow basic educational expectations” were sued by those teachers for discrimination. In another 7-2 vote, the Court sided with the schools because, as the opinion put it, “federal employment discrimination laws do not apply to teachers whose duties include instruction in religion at schools run by churches.”

The Court relied on the 2012 Hosanna-Tabor decision, which ruled that because teachers at religious schools can be considered ministers, they fall under the so-called “ministerial exception” when it comes to anti-discrimination laws. Though these particular Catholic school teachers weren’t called “ministers,” they did serve in a clearly religious role. Justice Samuel Alito, writing for the majority: “What matters, at bottom, is what an employee does. And implicit in our decision in [Hosanna Tabor] was a recognition that educating young people in their faith, inculcating its teachings, and training them to live their faith are responsibilities that lie at the very core of the mission of a private religious school.”

The two decisions issued yesterday make this very significant term of the Supreme Court even more so: Handcuffing the ability of states to restrict abortion, re-writing civil rights laws, further protecting the religious freedom of religious institutions to live by their convictions while limiting the rights of for-profit employers to do the same.

We’ve seen that it’s as wrong to place all of our hopes on Supreme Court decisions as it is to discount the courts and the elections that populate them. No. Elections matter. Judicial appointments matter. At the same time, we cannot outsource the hard work of protecting life to advancing truth to them. The rest of culture matters, too.

Time will tell just how much these decisions from this session of the Court will ultimately impact our lives and our culture, especially as it relates to religious freedom. I will share my thoughts on this very soon. In the meantime, we can be grateful for these two decisions and hope together that the government will finally leave these poor nuns alone.