The Age of Corona or the Season of Lent? Hope from Our Dystopian Tales - Breakpoint
Help make a bigger worldview possible for Christians around the globe with a year-end gift!
Skip to content 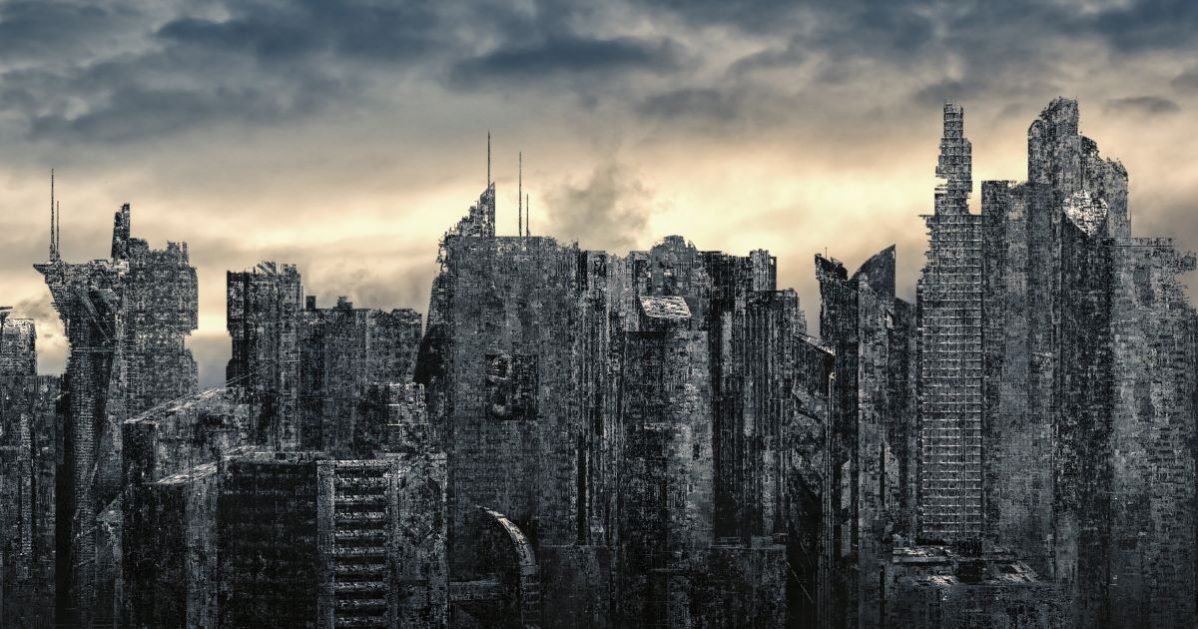 
The Age of Corona or the Season of Lent? Hope from Our Dystopian Tales

America is scared, and we’re turning to dystopian stories for counterintuitive comfort. But for Christians, Lent offers a more lasting hope.

Before the Coronavirus, Steven Soderbergh’s “Contagion” was the 270th most watched Warner Brothers movie—which is to say it was a dud. Today, it’s their 2nd most watched film behind only the Harry Potter movies. Albert Camus’ 1947 Novel “The Plague” is experiencing an unexpected revival, flying off the shelves faster than toilet paper, coming in as Amazon’s #1 Best Seller. And after a lag in ratings, “The Walking Dead” rebounded this Sunday as the #1 highest rated original cable telecast.

If you see in these facts a ghoulish indulgence on the part of the American psyche, a morbid obsession with calamity, you’re not alone. Indeed, the concern for the ways in which we use stories stir up in ourselves fear isn’t at all new.

The great 5th century BC philosopher, Plato, didn’t care for artistic mimesis (drama) at all. Indeed, while you thought prying your kids away from reading “Hunger Games” for an hour to read the “Iliad” was a win, Plato would think otherwise. In his eyes, all such fictional stories are smut—It’s all a vulgar exercise of passion-stirring, a big platonic “no no.”

Aristotle disagreed, as he was wont to do with his mentor. He acknowledged, of course, the correlation between drama and our passions, but he thought fictional narratives had a “cathartic” effect that provided a net positive.

Lots of ink has been spilled trying to define “catharsis” (κάθαρσις) in Aristotle’s Poetics. Etymologically, there’s a connection between the word and an enema, which makes sense when you consider the point he was making: we have all this emotion in us, all this fear and anxiety, and drama is a procedural way to suck it out of our bodies.

The need for such detoxification is universal. Each of us recognize that the world is not as it’s supposed to be. In watching another tackle our deepest fears head on, coming out on the other side the victor, we’re heartened.

“Contagion” and movies like it provide what Aristotle would call a “tragic pleasure.” We live through the horrific experience on the screen, which is tragic, but in so doing we have the pleasure of detoxifying our bodies of fear.

The need for such detoxification is universal. Each of us recognize that the world is not as it’s supposed to be. In watching another tackle our deepest fears head on, coming out on the other side the victor, we’re heartened.

While for many this season is marked by the virus, for Christians it’s still the season of Lent; a time in which we remember the suffering of Jesus. As my pastor and friend Philip Jones says, “the church doesn’t go through time, time goes through the church.” There’s never been a moment in which the relevance of Lent has been more obvious.

As Jesus suffered—in the garden, on the cross, in the grave—He confronted that fear behind all others, death. We see in His passion more than our mortality, we see the wages of our sin. In Lent we relive a story more tragic than anything even the greatest of artists could dream up.

Of course, as tragic as Lent is, Easter keeps us from calling the Christian story a “tragedy.” In his marvelous essay “On Fairy Stories,” Tolkien distinguishes between “Drama” and “Fairy Stories:”

What is a “Eucatastrophe?” Tolkien tells us that it’s:

…The consolation of fairy-stories, the joy of the happy ending: or more correctly of the good catastrophe, the sudden joyous “turn” (for there is no true end to any fairy-tale): this joy, which is one of the things which fairy-stories can produce supremely well, is not essentially “escapist,” nor “fugitive.”

In its fairy-tale—or otherworld—setting, it is a sudden and miraculous grace: never to be counted on to recur. It does not deny the existence of dyscatastrophe, of sorrow and failure: the possibility of these is necessary to the joy of deliverance; it denies (in the face of much evidence, if you will) universal final defeat and in so far is evangelium, giving a fleeting glimpse of Joy, Joy beyond the walls of the world, poignant as grief.

We live through the dyscatastrophe of Lent each year because it leads to the Eucatastrophe to which Easter points—that time in which every tear will be wiped away and there will be no more death or mourning or crying or pain.

We’re in Lent now. We allow ourselves—we beckon ourselves—to not look away from the hell through which Christ unblinking walked. If we don’t find the resolution of our fears in him, we’ll look elsewhere, to no avail. Yes, dystopian stories offer a temporary catharsis, but the passion of Christ offers us a permanent healing.

“I confess the cross,” said St. Cyril of Jerusalem, “because I know of the resurrection.” You see, Lent doesn’t last forever. Easter is coming, and it’s coming soon. At Easter we’re reminded we’re not in “The Walking Dead” or “Westworld” or any other drama. No, we’re in a fairy tale.

In Easter we remember that Jesus injected himself with the universal virus of sin so that his blood could be our vaccine. He entered into a dystopian grave so that we might have a utopian resurrection. We live through the dyscatastrophe of Lent each year because it leads to the Eucatastrophe to which Easter points—that time in which every tear will be wiped away and there will be no more death or mourning or crying or pain.

In other words, the gospel offers us the hope that our viewing habits tell us we’re looking for. 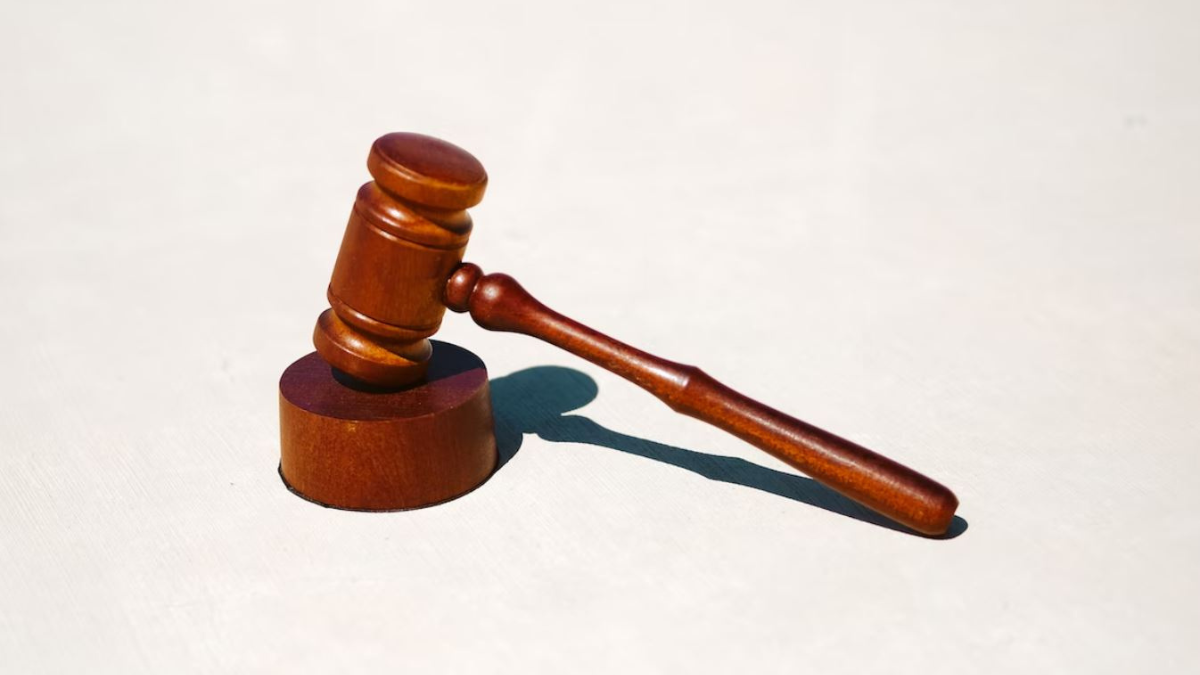