The Chosen and the God Who Sweats - BreakPoint
Skip to content 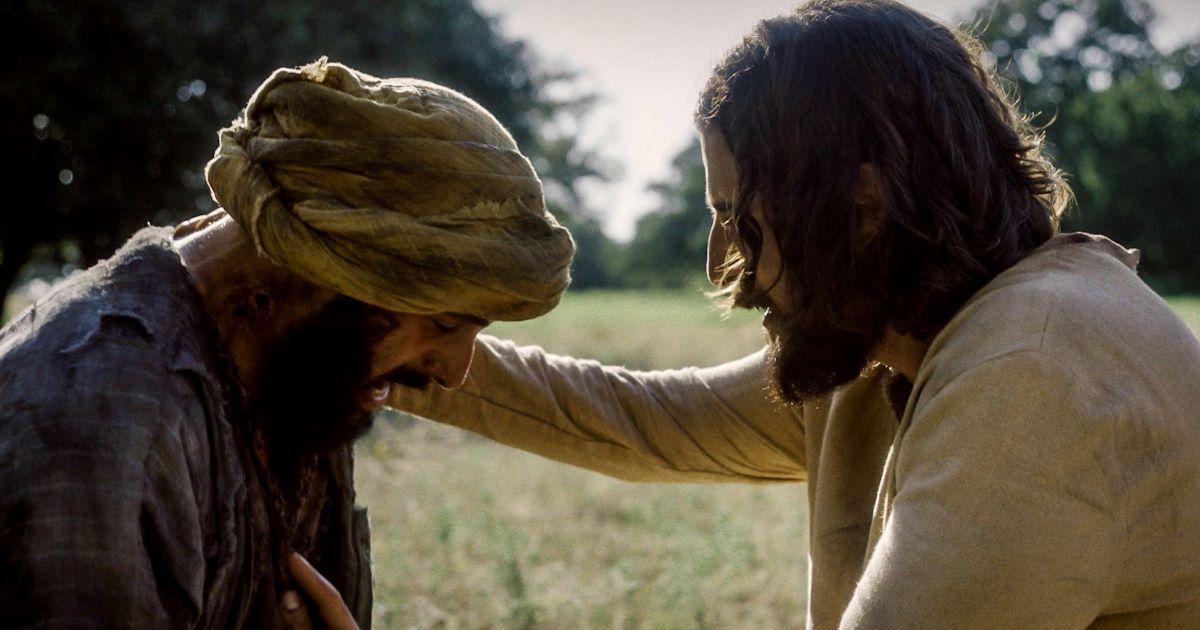 
The Chosen and the God Who Sweats

While many are starting the transition back to offices and whatnot, there are still those of us setting up shop at home. As we enter yet another week of this unusual arrangement, I’m sure a great number have come to point of the vultures in Disney’s “The Jungle Book,” where we’ve run out ideas about how to spend our time. Now, maybe your life is busy enough as it is and you don’t need any suggestions to fill the hours, but I think there are enough who are a little sick of all this “freedom.”

Perhaps you’re a hobby sort of person, and this unexpected pause is just the time you need to take up whittling or to write the great American novel. Good for you! But, if you’re like me, you’re also rather keen to find something to watch. I don’t mean candy-vision, the sort of movie or show that is little more than empty intellectual calories but leaves you no better off for the experience. I mean something of substance, something where you come out of your screen time improved from when you entered.

One that I can happily recommend is “The Chosen,” available through VidAngel. This is a life of Christ funded in a decidedly unorthodox way. Rather than seeking out financial support in the ordinary manner, “The Chosen” has become the biggest crowd funded media project in history. Now, I’ve only seen the first eight episodes, but, since there are at present only eight, I’m comfortable saying that it’s been worth my time thus far.

Making such a solid experience is apparently harder than it seems. It’s sad to say but it’s more often true than not that movies about the life of Christ are pretty lousy. Either the production is substandard on artistic grounds or the creators are so intent on massaging the message for their own agendas than they miss the point.

All you have to do is watch 1965’s “The Greatest Story Ever Told.” Despite being codirected by my favorite director, David Lean, and having an outstanding mid-century cast, including the late, great Max von Sydow as Jesus, the movie is strangely bloodless. I don’t mean that there’s no blood, but the people in it are closer to ghosts than men. The Christ of that film, along with most of the characters, don’t really seem real, don’t seem quite human. It is all too otherworldly an impression of the carpenter from Nazareth who bled and died for you and me.

The other problem comes when we try to make it too much this-worldly, too much of this time, of this moment. You can see this in the delightful 1973 movie, “Godspell.” I say delightful because it really is a lot of fun, and sometimes they get at the pathos of a scene from the Gospels that stays with you. Nonetheless, such a presentation cannot but be a caricature of the true story. By removing it from its original context and placing it in ours, we strip away much of the significance of what was said and done in that day.

This is similar to the way “The Chosen” portrays Christ’s calling of His disciples. Jesus doesn’t say that He will give Simon and John something specific. He doesn’t offer them a way of life that’s better than their present existence. He simply says, “Follow me.”

Happily, “The Chosen” is surprisingly strong on both aesthetic and theological grounds. Yes, as Megan Basham at World has noted in her approving review, occasionally the costumes seem, well, costumey, and the dialogue could be a lot clearer on certain points. For example, there’s a moment where someone contrasts faith and reason. Mind you, there’s a perfectly legitimate thing to mean when saying that, but there’s also a misunderstanding of that supposed dichotomy that’s far too common to be left unclarified.

Theologically, it is a profound work of art with a high view of Christ, His identity, and His mission. Jesus is God, demons are real, and the Bible is reliable. Bear in mind, this is a fictional account of the Gospels’ story. It’s fiction in the sense that they elaborate on the lives of Nicodemus, Peter, Mary Magdalene, Matthew Levi, and others, but there’s nothing really that couldn’t have been true of these real characters.

This is no more important than the words of Jesus. Repeatedly, when confronted by questions from friends or foes, the Christ of “The Chosen” answers just as did the Christ of the Bible: “Look to the Scriptures.” The cast and crew did an admirable job of showing that God’s people in that day had missed something, that they had too narrow a view of the Divine plan, but they do this without devolving into some kind of “God is still speaking” nonsense that we hear so often today. When there’s a gap between God’s people’s understanding and God’s will, it is they who were wrong; not the eternal Word of the Lord.

My favorite line comes from the Mary of Magdalene character. After being healed of the demons, the only point in the story that could be disturbing for some, she says, “I was one way. Now I am completely different. And the thing that happened in between, was Him.” That is, He isn’t just a good teacher or proto-social worker. He isn’t bringing something that we can have if we follow His plan. Nor is setting up a social revolution that is somehow merely inspired by Him. He is the change that He brings.

This is similar to the way “The Chosen” portrays Christ’s calling of His disciples. Jesus doesn’t say that He will give Simon and John something specific. He doesn’t offer them a way of life that’s better than their present existence. He simply says, “Follow me.”

The creators of the show do a good job of demonstrating that there could’ve been a context to this call, a background that made His appeal so very appealing, but they pull no punches about the simplicity of that call. They didn’t follow Him because of any particular promise. They followed Him because He called. He didn’t claim that they would gain fortune and glory or even enlightenment and purpose; He promised only Himself.

One of the most justly praised points of this series is its realism. As much as one can when filming in another time and another land, they do their best to retain the Middle Eastern nature of the story. Yes, there are a few folks who seem a bit too Western, and there are a few too many of African descent for first century Judean demographics, but the vast majority of the people at least look like they belong then and there.

Compare this to “The Greatest Story Ever Told,” where Mary, the mother of Christ, was played by a not-so-Semitic Dorothy McGuire and Judas by Ducky from “NCIS.” Okay, so some of the actors may hail more from India than Israel, but this is “acting” and not “being.” The overall effect is that the audience is reminded by the simplest of things that this is an ancient story, a Middle Eastern story, and a Jewish story.

The best part of “The Chosen” is that they show us that our God became a man. There’s no question that there’s more to this Christ than a mere man, but there’s also a wonderful emphasis that this was indeed a real man.

Despite all of these wonderful qualities, my favorite part of the entire series is one of the most unassuming things on screen. While many of the episodes show the backstory of well-known events in the life of Christ, one of them centers on a complete fabrication. I don’t mean that they lied, but that the episode in question doesn’t interact with any real activity of the Bible. It’s pure fiction, and that’s okay.

This one part shows Jesus away from the crowds and even from His disciples. In fact, so far as I recall, the only people He interacts with is a small group of children. It’s not His engagement with them that is so noteworthy, even if it is rather charming. No, it’s the fact that He sweats.

He’s working outside in the hot Levantine sun, and He sweats. It’s that He bleeds. He’s working with wood for hours at a time, and He cuts Himself and has to bandage His arm. It’s that He sleeps. The children come to wake Him one morning, and He’s tired and smilingly asks why they couldn’t wait another half-hour.

The best part of “The Chosen” is that they show us that our God became a man. There’s no question that there’s more to this Christ than a mere man, but there’s also a wonderful emphasis that this was indeed a real man. Here was no appearance of a man who “really” lived in some otherworld, some ethereal world. Nor did He live merely as a cypher for our world, whatever world that may happen to be. This was a real man, living in a real time. He sweated and bled and slept just like me and just like you.

This is the glory of the incarnation. It’s easy to imagine a distant god whom we are called to worship, but it’s mind-blowing consider a God who danced at a wedding, made jokes with His friends, and who felt our hurts and pains as though He were one of us.

He felt our pains and cried our tears, not as one who remained higher than His creation but as one who became part of it. The Christ of the Bible did not stay away from us but instead took up our flesh so that He might take up our sins. Without the reality of His human sweat, we could never claim the benefits of His human blood.